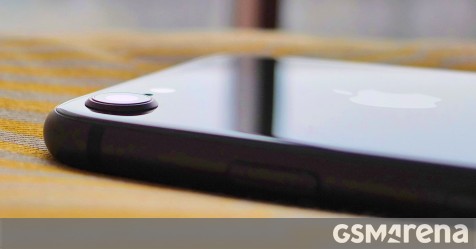 The iPhone SE of 2020 is a resurrected iPhone 8, that’s self-evident. But what are the implications of that fact in terms of reusing the old model for spare parts? We had one teardown of the SE from yesterday, but a new one we have here is helpful in a different way – in its premise, but also because it’s in English, which we’re slightly more fluent in than Chinese.

So yes, dismantling the SE is business as usual, requires removal of the two screws on the bottom and some light heat gun action before the pry tools come into play. Inside, the layout is identical to the 8’s, as already established, and the one major difference is the battery connector, which means batteries aren’t interchangeable. But why would you want to stick an old battery into a new phone, or disassemble a brand new SE to harvest its battery for your 8, really?

The displays are interchangeable, that much is clear, though once again the situation in which you have an iPhone 8 lying around with a functional display but something else broken seems less likely than having an iPhone 8 with a busted display in a box in drawer.

Now, on the other hand, if you do have an iPhone 8 with a busted display, you can harvest pretty much anything to fix the new SE, if for whatever reason it’s not covered by warranty. Which brings us to the key takeaway from this teardown – you can take out an iPhone 8’s rear camera and put it in the SE and it’ll work.

Imagine the trouble our very own Ricky would have saved himself, if that was remotely the case with the Galaxy Fold’s bits and pieces and, say a Galaxy S9+. Okay, technically, it wasn’t the actual camera that got broken in his case, but the glass cover instead. Which makes our shameless plug of that article all the more shameless, but it’s a fascinating read, do check it out.