iPhone SE teardown: What happens when you put an iPhone 8 motherboard into the iPhone SE? 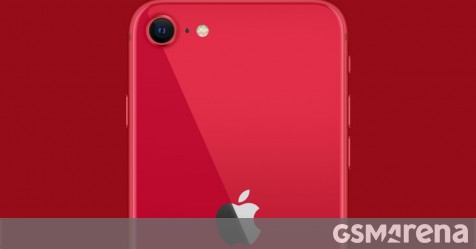 The new iPhone SE (2020) is going on sale today and an early teardown shows the similarities between it and the iPhone 8.

The Jiang Teardown video was posted by Wenzhou Ao Technololgy on YouTube (the channels name is translated from Mandarin). In the video, the new iPhone SE is torn down side by side with the iPhone 8 to highlight the differences. Although the video is in Mandarin, English captions are available.

The phone is just as easy to open as the iPhone 8, with barely any heat needed to soften the adhesive holding the display in place. Once removed, the display comes apart from the frame and is held in by the same ribbon cables as the iPhone 8. Upon inspection, its hard to even tell which phone is which from the inside.

The side of the battery, and the layout of the components are identical between devices. The presenter noted that the display assembly looks to be universal and installed the iPhone SEs display onto the disassembled iPhone 8. It turns out they are the same part.

The smartphone boots up normally. Remember, at this point  there is an iPhone 8 logic board that was fitted into an iPhone SE. The display, speaker, and haptic engine all work perfectly. However, the differences start to show when he opens the Camera app. The main camera does not work, but the front-facing one is working with no issues.

Most components in the iPhone SE are directly carried over from the iPhone 8. The timing of its release is a strategic way for Apple to save money on components it has already been manufacturing for years.