iPhone 12 Rumor Roundup: What You Need to Know About Apple’s 2020 iPhones 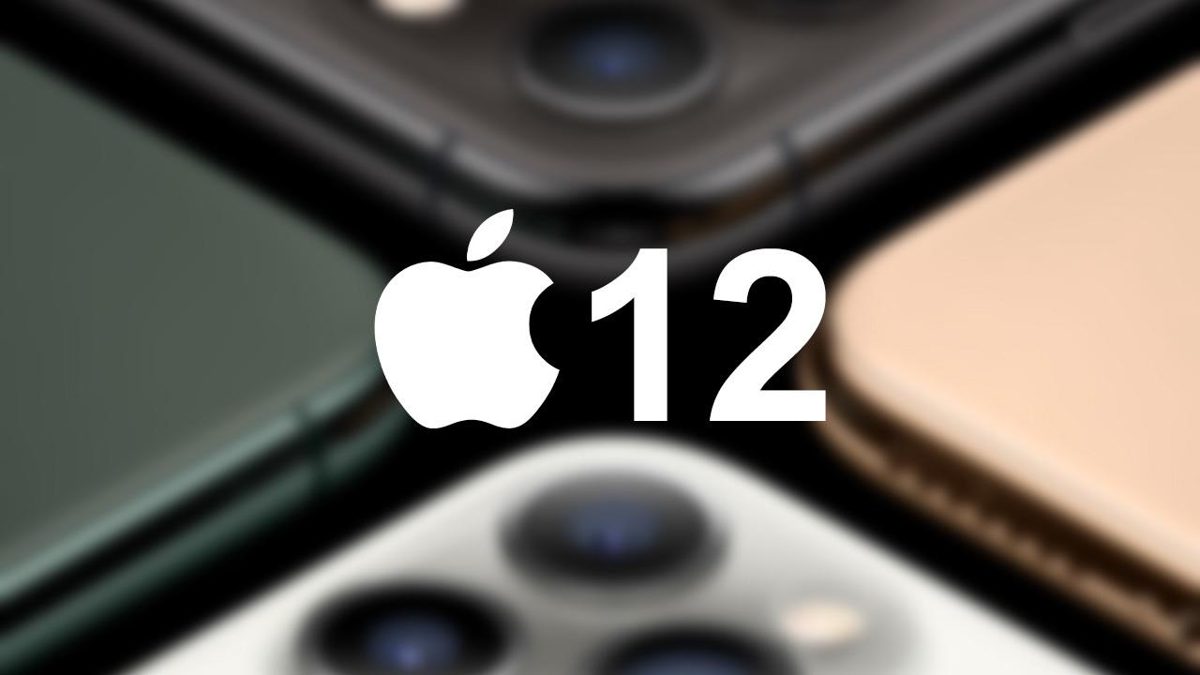 While we’re still months away from Apple’s anticipated iPhone 12 launch, rumors and predictions are starting to accumulate at a fever pitch. And if those rumors are true, we’ll be seeing no less than four new iPhone 12 models launch later this year, and we have the details here.

It’s worth noting Apple has yet to confirm any details about its 2020 iPhone lineup. Our reporting is based solely on leaks and predictions from industry insiders with solid track records. That said, things are likely to develop quickly over the next few months, so we’ll be updating this story frequently.

As you can see below, the 2020 iPhone lineup might do away with the curved design language that has come to define the series since 2017. Instead the new phones will sport a boxy design, with flat glass panels on the front. Regular iPhone 12 models are said to have an aluminum frame, while the Pro models will sport stainless steel.

The SIM slot is reportedly moving to the left side of the phone, while a proprietary connector may make its home on the right; while there are few details about the connector’s purpose, we believe it could be for Apple’s long-awaited AR headset that will likely precede its AR glasses by a year. Antenna lines might also be slightly larger to accommodate custom 5G antennas. Finally, the power button will reportedly move a little lower down on the right side of the phone if images from the Japanese tech site Macotakara are to be believed.

In addition to these changes, there are two notable omissions. Multiple sources report the iPhone 12 will continue to use a Lightning port for charging and data transfer. Apple analyst Ming Chi Kuo also says this will be the first year Apple will not include a pair of EarPods in the box—instead the company will launch an AirPods promotion to coincide with the release of the new phones.

All of the upcoming iPhone 12 models will have a smaller front-facing camera notch, as you can see below. Apple reportedly tweaked its TrueDepth camera and other sensors partly to improve screen-to-body ratio.

Korean tech site The Elec reports the iPhone 12 and 12 Max will feature OLED displays constructed by LG. These will reportedly be traditional OLED panels with a separate touch film. Additionally, the less expensive duo will feature dual 12MP camera stacks with larger sensors for improved photos.

The iPhone 12 Pro and 12 Pro Max will reportedly include premium Y-OCTA OLED display panels from Samsung. These panels are more durable, since the touch layer is actually built into the screen. Both sets of phones are said to support the 120Hz ProMotion refresh rate currently available on the iPad Pro.

The Pro models are also reported to feature a triple-lens camera stack. While all of the camera sensors are said to be larger this year, MacRumors reports the wide-angle lens will support sensor-shift image stabilization. This technology uses the iPhone’s accelerometer along with electrical actuators to prevent the effect of quick movements causing a deviation between what you see in the viewfinder and what the camera captures.

9 to 5 Mac reports that code in a beta version of iOS 14 confirms LiDAR will appear on the Pro models. LiDAR uses pulsed lasers to detect the distance from the phone to a specific object; it will likely be used to help image quality, more accurately detect distances, and improve AR apps and features.

Digitimes (via The Chinese Commercial Times) says that Apple tapped TSMC to create its A14 SoC for the upcoming iPhone 12 lineup. The A14 processor will reportedly be the first to use a 5nm process. While some manufacturers are using 7nm process chipsets in their flagships, Apple’s plan to shrink its SoC even further could translate into a significant performance boost and greater energy efficiency. If the A14 chipset does indeed use a 5nm process, it may offer performance that rivals even high-end desktop computers.

Jon Prosser shared hardware details about the upcoming iPhone lineup in a YouTube video. He claims the iPhone 12 and 12 Pro will ship with 4GB of RAM with 128GB and 256GB storage configurations, while the iPhone 12 Pro and 12 Pro Max will sport 6GB of storage with 128GB, 256GB, and 512GB storage variants.

While all of the upcoming iPhone 12 variants will reportedly support 5G connectivity, details are still scarce. There are, however, a few different scenarios we can expect based on global 5G build-outs and other factors.

We believe Apple will reserve dual-band 5G for its Pro lineup and will include sub-6GHz coverage for its less expensive phones. In this scenario, it’s also possible it may follow the lead of other manufacturers and create a dual-band version of the non-Plus iPhone 12 models for Verizon.

There’s also the possibility Apple will launch regional variants of its entire Phone 12 lineup. The US is one of a handful of countries prioritizing mmWave 5G, while most of the world is initially focused on sub-6GHz 5G, with mmWave coverage to follow in the coming years.

When Is the iPhone 12 Coming Out?

Apple typically announces its latest iPhones in September and releases them a week or so after the launch event. This year, things might be different.

Multiple sources claim Apple will release at least some of its upcoming iPhone 12 models later than normal this year. Even before the global coronavirus pandemic swept the globe, analysts at Susquehanna predicted the iPhone 12 release would be delayed by months due to Apple’s decision to manufacture its own 5G antennas.

Since then, The Wall Street Journal as well as analysts at JPMorgan and Bank of America, have predicted a one- to two-month delay in the release of the iPhone 12 due to supply chain issues associated with the coronavirus pandemic.

In February, Apple CEO Tim Cook released a public statement noting that the coronavirus pandemic has “temporarily constrained” iPhone supply and that facilities in China were “ramping up more slowly than we anticipated.”

According to Apple Insider, Jon Prosser and Ming Chi Quo have suggested Apple will delay the iPhone event until October.

Ultimately, we’ll just have to wait and see. But make sure to check back soon, as we’ll be updating this story as we learn new information.