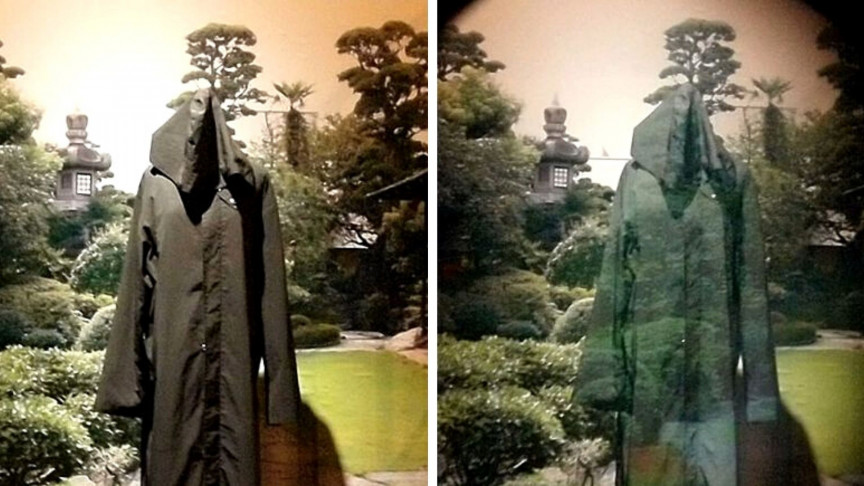 Cloaking technology, or invisibility, has been a highly coveted superpower in the realms of science fiction and fantasy. Aliens from distant galaxies, powerful wizards, and humble hobbits have used the ability to be invisible in some form or another. Well, it looks like we could actually get our hands on the invisibility cloak in the near future. Scientists and private companies are already working on the technology. However, the path to creating the magic of cloaking technology is not as straightforward as you might think.

The technology is far from perfect. In fact, not only is it difficult to create, there are many different ways to make something invisible. Finding the most viable and useful option is tricky. However, do not lose hope! Some research and prototypes out there could actually bring an invisibility cloak to market sooner than you think.

A true cloaking device would need to find a way to bend light around a person or object from all directions. Yet, one of the ways scientists have created cloaking technology is relatively simple. They’ve used cameras to record and project images of what’s behind an object onto the object’s surface, making it appear like it’s not even there.

In the early 2000s, a team of researchers from the University of Tokyo created an optical camouflage system that makes anyone wearing a unique reflective material seem to disappear. Multiple versions of the technology have appeared since then, with each rendition getting more advanced. A similar, albeit fictional, version of the technology was used in Mission Impossible’s Ghost Protocol.

However, the key to creating a true invisibility cloak may center around metamaterials. These are metal-dielectric composites engineered on the nanoscale. The composite structure acts as an array of artificial atoms, enabling electromagnetic radiation to pass freely around an object. The metamaterial guides light around the object it is coating to create the illusion that the object isn’t there at all.

In 2006, a group of scientists from Duke University used metamaterials to create a simplified cloaking device that was able to hide objects from microwaves. While it could not hide things from human view, it was an important first step in creating a real-life invisibility cloak. Ten years later, the Duke researchers developed a seven-layer metamaterial cloak that could shield a small object from electromagnetic waves all the way from the infrared to the radio portions of the spectrum.

Another team developed a cloaking device that can hide an object from human sight using a “carpet cloak” made from specially etched layers of silicon oxide and silicon nitride. The cloak is placed over an object, and the etching hides the “bump” of the object under the cloak, making it look like it’s still a flat surface. So, where do we go from here?

The Quantum Stealth could be used to hide military personnel and equipment like tanks and jets in combat. However, that is just the beginning. The invisibility cloak cannot only hide or distort objects from onlookers, but it can conceal these objects from infrared and ultraviolet imagers. This is all possible thanks to what is called a lenticular lens.

A lenticular lens is a corrugated sheet in which each ridge is made up of an outward-curving lens. You might come across lenticular lenses on some of your old holographic Pokemon and baseball cards. In a lenticular lens, rows of cylindrical lenses refract light according to the viewing angle.

Quantum Stealth found a way to arrange layers of lenticular lenses to create “dead spots” at certain distances behind the material. When viewed from the front, the object behind the material is not visible, but the background is. This creates the illusion of invisibility. The company’s prototype material is as thin as paper, cheap to produce, and requires no power source.

The cloak might not offer complete invisibility; however, it still distorts and hides objects well enough that it is very difficult to discern the details of the object. We still have a ways to go before creating our own “invisibility cloak” but the technological possibility is there. The biggest challenge facing the development of a practical cloaking device is the ability to cloak a wide range of wavelengths.

But if this could be overcome, a cloaking device would not only have military applications, but the research into cloaking technology could help us develop better LiDar technologies and even solar panels. According to HyperStealth CEO Guy Cramer, the materials used to create invisibility technology could triple the solar panels’ energy output due to its large reflective surface area.

Do you think we will ever create invisibility technology?