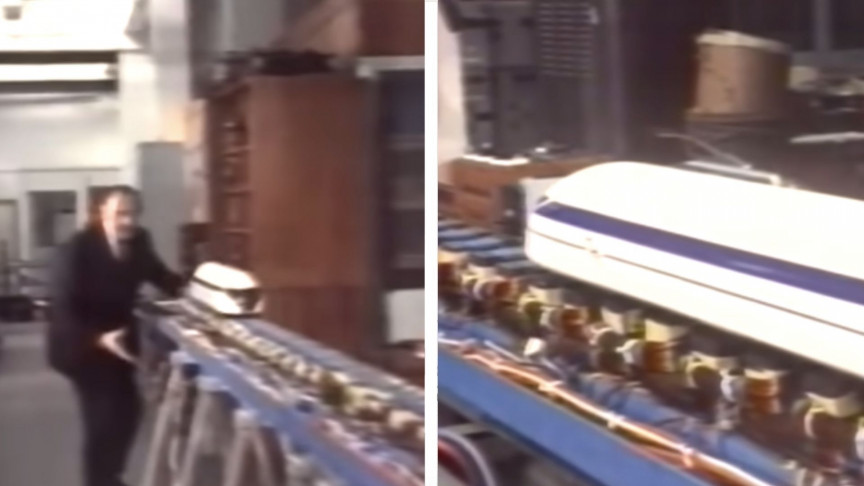 Take a deep dive into the machine, and the man behind it.

You’ve probably heard about China’s new ultra-high-speed maglev train, which rolled off the assembly line on July 20. The train is capable of reaching high speeds of 372 mph (600 km/h), making it the world’s fastest ground vehicle today. But how is it able to reach such high speeds? Of course, with exquisite and adventurous engineering.

Maglev (magnetic levitation) is a rail transportation technology that uses the forces of magnetic repulsion and electromagnetism to operate. It employs two sets of magnets, one which resists the train and pushes it off the track, while the other propels the elevated train forward by utilizing the lack of friction. This process enables the train cars to essentially float around the track!

This system was first conceptualized during the 1940s by professor and inventor Robert Goddard and professor and engineer Emile Bachelet. In the video embedded above, Laithwaite described the science of magnetism and the linear motor behind his plans for a maglev train, which he perfected in the 1970s. Then, the first commercial maglev train would debut at Birmingham Airport in 1984, and if you’re curious to know more about them, listen to their story from their inventor above, and as always, enjoy!