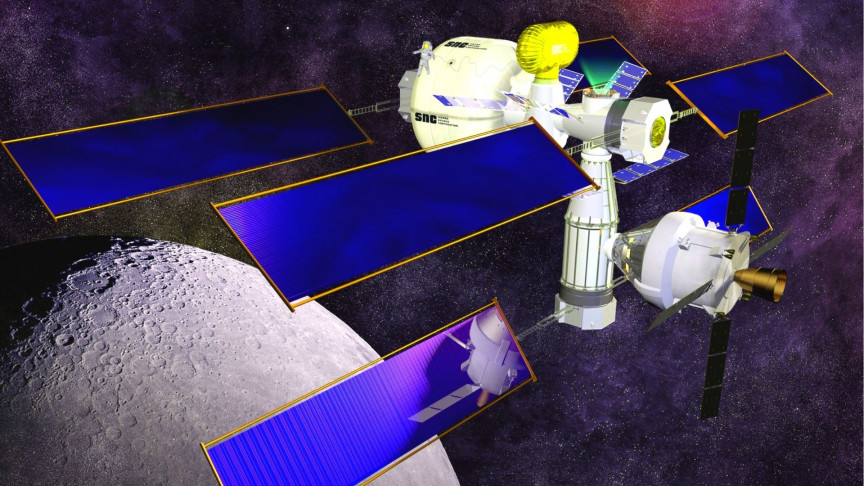 If we’re going to take humans beyond low-Earth orbit (LEO), we’ll need to develop fundamentally new technologies for long-term stays in space, and greatly enhance new ones. And, this week, a commercial partner of NASA just deepened its commitment to do just that.

The Sierra Nevada Corporation (SNC) recently announced new development plans for its forthcoming inflatable space station, integrating new transportation and destination tech and revealing new images, details, and a video of the unique concept, according to a press release from the company.

‘No scalable space travel industry without a spaceplane’

“There is no scalable space travel industry without a spaceplane,” said Eren Ozmen, SNC’s Chairwoman and owner, in the press release. “Dream Chaser and its runway landing offer the scalable, preferred solution for humans and science in support of a vibrant LEO economy.” Additionally, the Dream Chaser will serve as the only spaceworthy vehicle capable of rescuing astronauts from other space destinations — like the International Space Station (ISS), or the Orbital Assembly Corporation’s forthcoming space hotel.

The Dream Chaser is a multi-purpose and reusable space utility vehicle, of which there are two subordinate classes: the Tenacity — which will ferry crew — and the Shooting Star, a transport vehicle capable of delivering cargo and providing disposal services to the ISS under the purview of NASA’s Commercial Resupply Services 2 (CRS-2) contract later in 2022.

The LIFE habitat is a 27-ft (8.2-m) large, three-stories tall inflatable fabric environment that will lift via a conventional rocket, and then be inflated in LEO. This year, the LIFE Habitat is undergoing a NASA soft-goods certification as the full-size ground prototype — developed under NASA’s NextSTEP-2 contract — is being moved from Johnson Space Center in Texas to the Florida-based Kennedy Space Center, for more short- and long-term habitation testing.

“NASA has asked private industry to come to the table with alternatives to the International Space Station,” said former NASA Astronaut Janet Kavandi, who is also SSG executive vice president of SNC’s Space Systems. “SNC intends to lead in LEO commercialization, building on NASA’s efforts to date and welcoming additional public and private partners worldwide.” The initial Dream Chaser orbital vehicle is undergoing assembly in Louisville, Colorado — where it’s receiving thermal protection tiles on its exterior and forthcoming wings (being attached this summer).

The Dream Chaser spaceplane’s initial test flight to the ISS will happen sometime in 2022. More broadly, SNC’s efforts to bring to technical maturity its habitat concept are a crucial step in building systems capable of supporting long-term human missions in deep space, which will assist NASA as it moves beyond low-Earth orbit for the first time since the time of the Apollo missions to the moon.