In the Search for Alien Life We Must ‘Expect the Unexpected’ 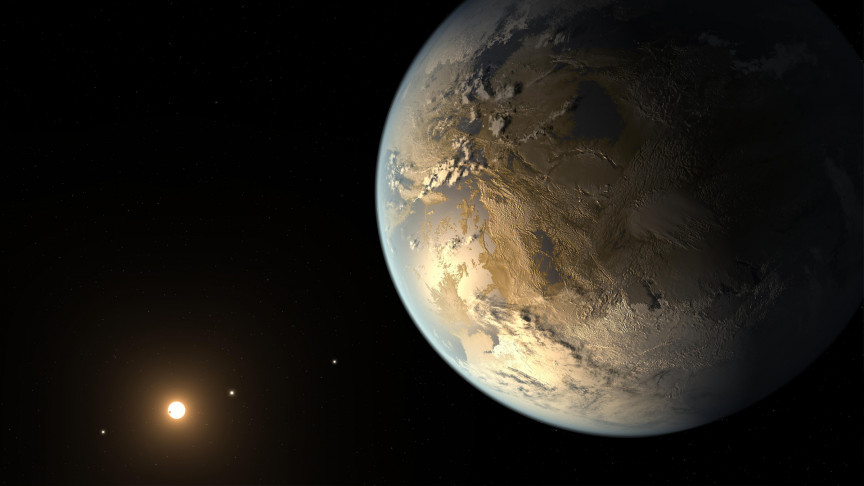 In the last decade, scientists have discovered more than 3,650 confirmed exoplanets – that’s more than one a day. The first exoplanets were discovered in the 1990s, and since then, methods of detection have only improved. Still, we haven’t been able to find a planet quite like our own Earth that sits in the coveted ‘goldilocks zone.’ And we definitely haven’t found one that hosts alien life.

Is it possible that we’re the oddball? Is Earth truly a unique feature of the universe? Maybe. But it’s more likely that we just haven’t found our sister planet yet. Exoplanet hunting is difficult, and we are limited by our technology, our time, and other resources.

But we’re also limited by our own biases.

In a paper titled “Expecting the Unexpected in the Search for Extraterrestrial Life,” Dr. Peter Vickers, an associate professor at Durham University, explores the biases and assumptions that exist in exoplanet research.

Vickers notes that the 20`18 National Academies Exoplanet Science Strategy document encouraged exoplanet hunters to “expect the unexpected,” a quote that comes from Scott Gaudi, who was the co-chair of the committee at the time.

However, Vickers argues that the rest of the document doesn’t reflect this principle. Instead, it’s “saturated with strategy decisions based on our theoretical expectations.” For example, we expect a certain type of star to host planets with an atmosphere similar to our own. This expectation guides our choices as we choose the best exoplanet candidates for study.

Scientists are not expecting the unexpected, writes Vickers. Instead, they are likely to miss potential planets that fall outside of their expectations.

We’ve overlooked exoplanets in the past due to our assumptions. In 1995 Michel Mayor and Didier Queloz announced the discovery of 51 Peg b. The team was observing a star and saw the telling “stellar wobble,” caused when an orbiting planet’s gravity tugs at the star. They originally questioned the possibility that this was truly a planet, as their data showed it only took four days to complete an orbit. At the time, the shortest orbital period being considered was 40 days.

Further, it was a gas giant that sat closer to its star than Mercury does to our sun. At the time, scientists thought only small rocky Earth-like planets could form in the inner solar system, not gas giants. This discovery contradicted everything scientists knew about planet formation.

But as it turns out, all planetary systems don’t need to resemble our own, and 51 Peg b was confirmed. Sara Seager, an astronomer at the Massachusetts Institute of Technology, says the discovery “set the stage for the entire field to expect surprises.”

The key to really “expecting the unexpected,” resulting in more and higher-quality discoveries, writes Vickers, is for groups like NASA to have a “balanced portfolio” of projects that also include more high-risk projects, as long as they aren’t too expensive.

The upcoming James Webb Space Telescope will spend just 20 percent of its time devoted to exoplanet science. Dedicating some of its precious time to more high-risk opportunities may seem like a bad decision, but Vickers believes it’s key.

It’s possible that there could be an infinite number of types of solar systems, none of them like our own. If we limit our search to only those that look like our own, we will potentially miss out on habitable planets, and the potential of discovering extraterrestrial life.