In Major Switch, Apple Will Teach You How to Repair iPhones and Sell Spare Parts 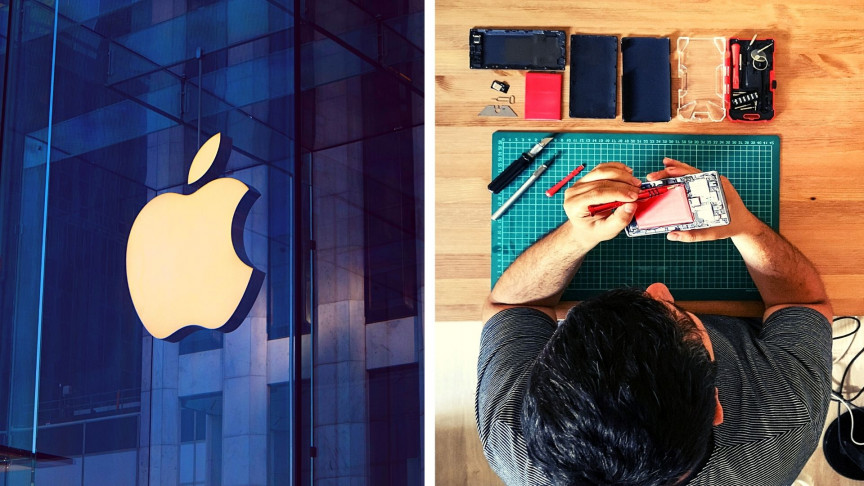 The day has arrived.

Apple declared that people may finally repair their own phones in a massive pivot from its present repair standards, but there’s more. The tech juggernaut also plans to sell repair parts directly to customers, in a move few other phone developers have tried in the last decade, according to a Wednesday press release from the company.

Notably, the repair guides will be open for anyone to peruse.

Apple is relaxing its monopoly on repair practices

“Available first for the iPhone 12 and iPhone 13 lineups, and soon to be followed by Mac computers featuring M1 chips, Self Service Repair will be available early next year in the US and expand to additional countries throughout 2022,” read Apple’s Wednesday press release. The firm’s repair offerings will initially emphasize batteries, screens, and cameras, but more is coming in 2022. Apple customers will be allowed access to repair manuals, and, after diagnosing their issues, they can order the needed parts and tools from Apple, on the web. Once the repair is finished, customers can then return defunct parts to an Apple store, which will earn them store credit.

Apple will also provide more than 200 discrete tools and parts to enable customers to repair their own iPhone 12s and iPhone 13s. “Creating greater access to Apple genuine parts gives our customers even more choice if a repair is needed,” said COO Apple Jeff Williams, in the press release. “In the past three years, Apple has nearly doubled the number of service locations with access to Apple genuine parts, tools, and training, and now we’re providing an option for those who wish to complete their own repairs.” It should go without saying that this is a colossal shift in Apple’s attitude toward right-to-repair issues, before which the Big Tech firm had enforced a repair monopoly on all of its products, going far out of its way to stop people like you from fixing your own devices.

A major victory for DIY and Right to Repair advocates

In the past, Face IDs on iPhone 13s that allowed users to repair them were promptly deactivated by Apple, although now the company says it will offer a software fix for this. “This is a huge milestone for the Right to Repair,” said Head of USPIRG’s Right to Repair Campaign Nathan Proctor, in a VICE report. “One of the most visible opponents to repair access is reversing course, and Apple’s move shows that what repair advocates have been asking for was always possible. After years of industry lobbyists telling lawmakers that sharing access to parts, service tools and manuals would result in safety, security and intellectual property risks, Apple’s sudden change indicates these concerns were overblown.”

“Right to repair is breaking through,” added Proctor, in the VICE report. In the past, Apple only gave exceptional “authorizations” for repair companies to work on broken iPhones, which led to a gigantic gray market for post-market parts, in addition to an exploding online culture of DIY guides drafted by staff and users of related websites like iFixit. Apple has repeatedly sued repair companies for using what the firm claims are “counterfeit” parts, according to the report, and had fought hard to prevent Right to Repair legislation from coming to fruition. But now the tides have turned, and it could fundamentally change the public’s attitude to not only iPhones and other smartphones, but digital technology in general.