In A First, Japan Tests Rotating Detonation Engine in Space 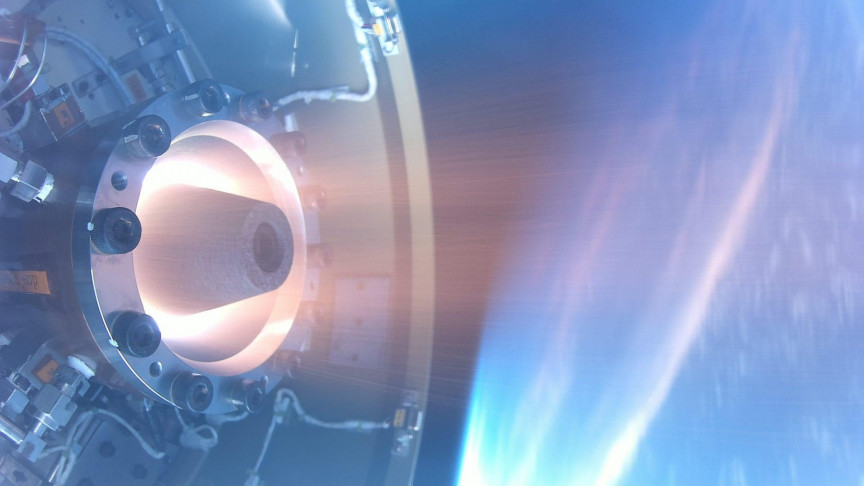 In a world-first, Japan Aerospace Exploration Agency (JAXA) announced on August 19 that it has successfully demonstrated the operation of a “rotating detonation engine” in space, with the goal of extending the propulsion method to deep space travel in the future.

The “impossible” engine uses spinning explosions inside a ring channel. This method generates a large amount of super-efficient thrust coming from a considerably smaller engine that uses less fuel, and it has the potential to be a game-changer.

The revolutionary system was mounted on the S-520-31, a single-stage rocket capable of lofting a 220-lbs (100-kg) payload well above 186 mi (300 km), and launched from the Uchinoura Space Center on July 27. The demonstration was a sounding success.

To put that into context, SpaceX’s large cargo-lifting rocket Falcon Heavy, for example, has three Falcon 9 nine-engine cores whose 27-Merlin engines together generate more than 5 million pounds of thrust at liftoff. This is equivalent to approximately eighteen 747 aircraft. So, while it’s fair to say that the rotating detonation engine is at its nascent stages, JAXA engineers believe that the successful in-space test proves that such engines can allow us to achieve superior interplanetary navigation using less fuel and weight, which will be critical as humanity considers new homes around the cosmos.

Japan hopes to put the technology into practical use within five years, according to a statement last month by Jiro Kasahara, a Nagoya University professor who is collaborating with JAXA on the technology, per the Japan Times.

Overall, rotating detonation engines have the potential to reduce the weight of rocket payloads, lower the costs of launch, and propel us toward the stars, which is why Japan isn’t the only country attempting to engineer them. Back in 2020, a team of researchers announced they’ve built and successfully tested an experimental model of a rotating detonation engine in collaboration with the U.S. Air Force.

The engine design was reported to be being evaluated as a possible replacement for Aerojet Rocketdyne’s RL-10 rocket, and researchers stated the U.S. Air Force is targeting a rocket launch flight test by 2025.