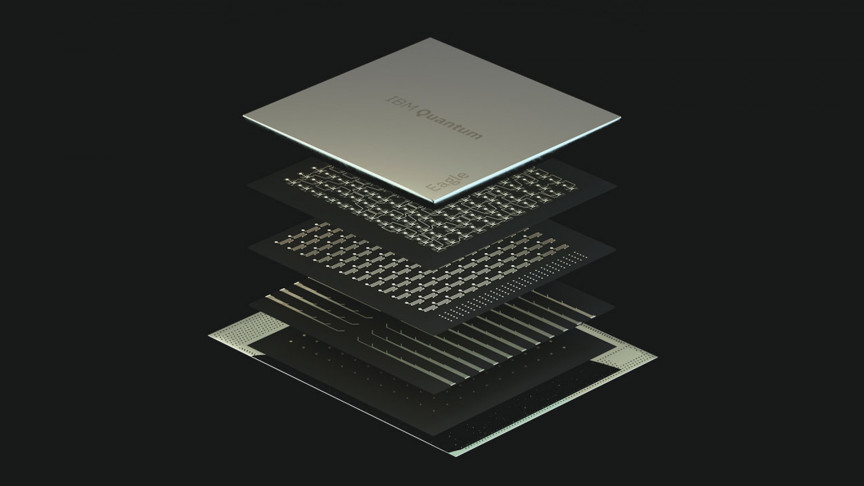 Computing giant IBM announced that it has built the world’s largest superconducting quantum computer, called Eagle, a press statement reveals. The new machine is larger than Google’s Sycamore as well as China’s Jiuzhang 2.

In October, researchers at China’s University of Science and Technology (USTC) in Hefei announced that their quantum computer Jiuzhang 2 worked using 60 superconducting qubits, and that it was a staggering 10 million times faster than Google’s Sycamore quantum computer.

Now, IBM’s new Eagle processor will more than double the size of Jiuzhang 2 by using 127 qubits to solve problems. It is the latest event in a race to build a quantum computing device that can be used for practical applications, spearheaded by Google’s announcement of quantum supremacy in 2019 with its Sycamore processor, which utilizes the same superconducting architecture as IBMs new Eagle processor and China’s Jiuzhang 2.

The term quantum supremacy refers to the successful achievement of a calculation, by a quantum computer, that it would be impossible for a classical computer to achieve. IBM has previously contested Google’s assertion that it reached quantum supremacy, saying that the search firm greatly exaggerated the difficulty of the tasks its Sycamore computer completed.

Quantum computing can ‘tackle the biggest problems of our time’

IBM’s 127-qubit Eagle processor is now, theoretically speaking, the most powerful quantum computer in the world, though it is yet to be put through its paces. Unlike Google and China’s USTC, IBM hasn’t published an academic paper detailing tests conducted on its quantum computer to demonstrate its performance. Qubits count is also not the be all and end all when it comes to quantum computing power. The Jiuzhang 2, for example, had a total of 66 qubits, and it was 10 million times faster than Google’s 54-qubit Sycamore, due, in part, to its use of light photons.

Still, IBM points an impressive statistic about Eagle in its statement. The company claims that the number of classical computing bits required to represent a state on its new Eagle processor would be larger than the number of atoms in the entire living human population of roughly 7.5 billion people.

“Quantum computing has the power to transform nearly every sector and help us tackle the biggest problems of our time,” said Dr. Darío Gil, Senior Vice President, IBM and Director of Research. “The arrival of the Eagle processor is a major step towards the day when quantum computers can outperform classical computers for useful applications,” he continued.