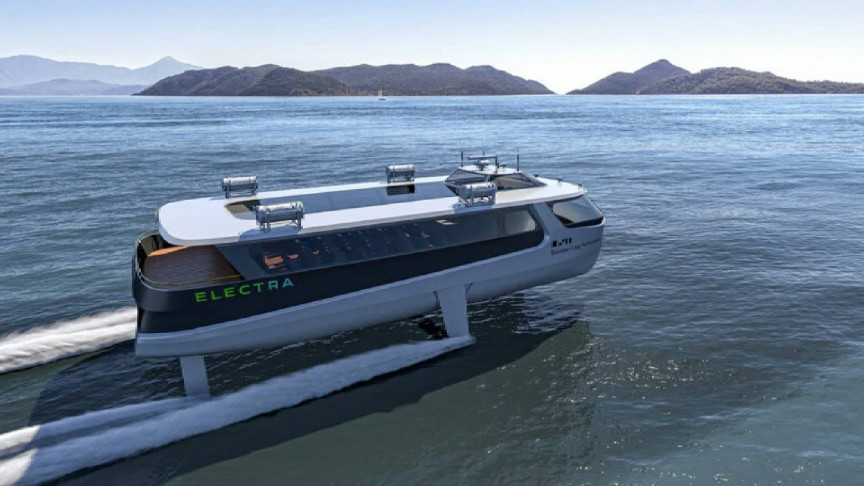 California-based startup Boundary Layer Technologies has developed an electric hydrofoil ferry concept called Electra that could greatly increase the speed and range of existing electric ferries and change the way we do coastal-city travel.

The ship can cruise at a speed of 40 knots and has a range of up to 100 nautical miles. This speed and range are made possible thanks to a podded propulsion system that makes the ship glide smoothly over the waves.

“Hydrofoil technology is the key to enabling electrification of passenger ferries. By reducing the drag of the vessel by a factor of two, the powering requirements are also halved, which increases the speed and range of what an electric ferry can do. This opens the door to electrification of the majority of ferry routes across the world,” Ed Kearney, CEO of Boundary Layer Technologies, told designboom.

The start-up’s website boasts that the ferry concept makes it the fastest and longest-range vehicle of its kind in the world, describing its technology as a cutting-edge hydrofoil that dramatically reduces hydrodynamic drag. This, says Boundary Layer Technologies, allows the high-speed electric ferry to increase its range to up to 100NM.

Electra comes with batteries that carry a capacity of 9000kWH that can be fully charged in under three hours. They are also extremely quiet, reducing cabin noise by up to 20db compared to conventional ferries. Thanks to the hyrdofoil tech, the ferry can tackle choppy water, resulting in a smooth ride even in rough sea conditions.

Electra’s electric system is also quite cost-efficient. The ferry can carry 150 people and is 35% cheaper to operate compared to fossil fuel-burning ferries. It doesn’t hurt that the ferry’s design is also appropriately futurisitc, either.