Human Hair Could Be Used to Strengthen Solar Cells 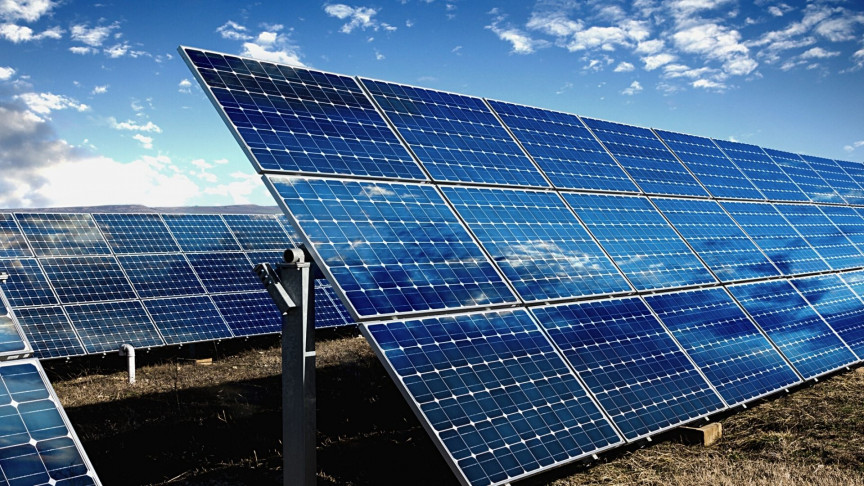 Researchers from the Queensland University of Technology (QUT) developed carbon nanodots, created from human hair waste sourced from a Brisbane barbershop, to create an “armor” that improves the performance of solar technology.

In a study published in the Journal of Materials Chemistry A, the researchers detailed how their carbon nanodots could be used to improve the performance of perovskite solar cells — a new generation of solar technology that is cheaper and easier to mass-produce.

Unlike silicon solar cells, perovskites solar cells are created using a compound that is easily manufactured and is flexible, meaning it could be used for a whole host of new applications including solar-powered clothing and tents that act as power sources.

By adding a solution of carbon dots into the process of making the perovskites, the team found that the carbon nanodots formed a wave-like perovskite layer where the perovskite crystals are surrounded by the dots.

“It creates a kind of protective layer, a kind of armor,” Professor Wang, lead researcher, explained in a press release.

“It protects the perovskite material from moisture or other environmental factors, which can cause damage to the materials,” she continued.

The researchers found that perovskite solar cells protected by the carbon nanodots had a higher power conversion efficiency and a greater stability than perovskite cells without the dots.

Professor Wang says the development might help towards reaching the goal of developing perovskite cells that are able to operate for 20 years or longer — one of the obstacles currently impeding commercialization.

In the future, Professor Wang believes that perovskite cells could be used to power spacecraft. The International Space Station is currently powered by four solar arrays, which can generate up to 120 kW of electricity. However, the current technology utilized is heavy, and therefore extremely costly to transport into space.

Perovskite cells could pose a great advantage for space travel in the future as the relatively lightweight cells would greatly reduce payload weights.

Though a lot of research is still needed, Professor Wang says she is “quite optimistic given how much this technology has improved so far.” Human hair might be one of the keys to unlocking a new generation of solar technologies.