Hubble Shuts Down Again. What Happens When It Stops Permanently? 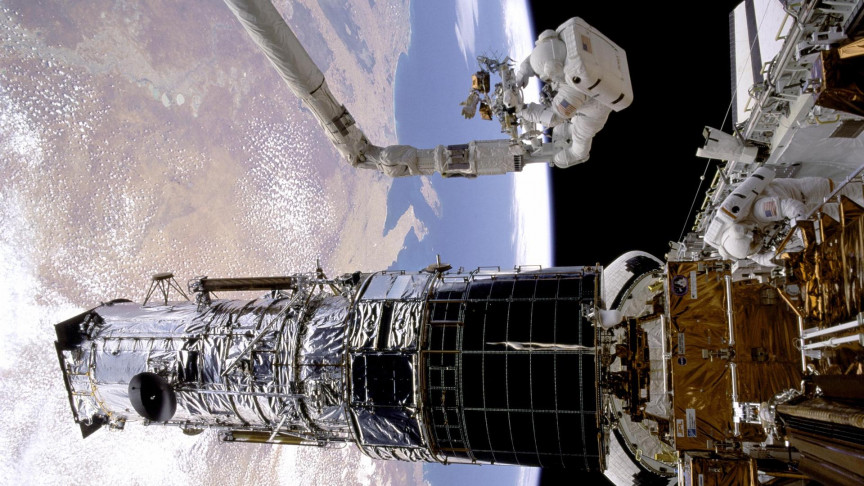 NASA announced yesterday, June 16, that the Hubble Space Telescope had experienced a computer malfunction, meaning it had to shut down astronomical activities and go into safe mode in order to streamline the troubleshooting process.

The latest announcement is yet another reminder that the historic telescope, launched in 1990, is close to its retirement and that the astronomical community will soon have to be ready for life after Hubble.

How long does Hubble have left?

The Hubble Telescope was most recently placed in safe mode in March this year, due to “an onboard software error,” and before that in 2018 due to an issue with two of its gyroscopes.

Much like the International Space Station (ISS), the Hubble Space Telescope is expected to phase out operations this decade, though an exact date is not set — NASA aims to get as many observations out of Hubble as possible before it goes out of commission, adding to the huge timeline of the machine’s observations.

NASA is working to resolve a memory problem with an onboard computer on the Hubble Space Telescope, which halted on Sunday after 4 p.m. EDT. The team is working to restore the computer and telescope to normal operations: https://t.co/NgxfLNM793

A 2015 report by Space.com explains that several key instruments aboard Hubble have been there since the telescope launched into orbit. Fine-guidance sensors, orientation-maintaining reaction wheels, and the payload computer at the root of the current shut down have all been there for over 30 years, meaning they could result in a permanent outage due to degradation caused by high radiation levels.

Once the Telescope — which orbits Earth at an altitude of 353 miles (568 kilometers) — does eventually go out of operation, NASA will have to decide whether to allow it to re-enter Earth’s atmosphere, or whether to boost it into a higher orbit where it could remain for decades.

It is worth noting that Hubble’s 80s hardware has, by all accounts, outlived early hardware lifetime estimations. As a report by MIT Technology Review points out, the orbital observatory was last serviced by space shuttle astronauts in 2009, with engineers at the time estimating it would be operational until around 2016.

However, following years of analysis based on the 2009 refurbishments, new estimates suggest a longer lifespan.

As Tom Brown, the head of the Hubble Space Telescope mission office, told MIT Technology Review in March, “the most recent estimates say that there’s an excellent chance we’re going to be doing science like we do today until at least 2026, and perhaps the whole decade. It’s looking pretty good right now.”

What’s next for NASA and the global astronomical community?

Still, two safe mode announcements since March mean that the scientific community is once focused on Hubble’s long-term survivability, and on what will happen once the telescope is no longer operational.

Many see the James Webb Space Telescope as a successor to Hubble. The new telescope will, indeed, provide many new farreaching capabilities, including an increased capacity to search for alien life, and reveal the mysteries of dark matter.

However, as a Seeker report pointed out in 2016, there are, in fact, two disadvantages to the James Webb Telescope when compared to Hubble — meaning it is not a like-for-like successor.

Firstly, the telescope won’t have ultraviolet capabilities, meaning that astronomers have been urged to submit as many UV observation applications as possible to NASA in the coming years.

The Seeker article cites astronomers stating they don’t think another UV telescope will fly until at least the 2030s.

Secondly, the James Webb Telescope will be sent beyond far Earth’s orbit, meaning NASA won’t be able to service it with crewed missions in the same way it has with Hubble. That accounts, in part, for the delays for James Webb, which must be in close-to-perfect operational condition prior to launch.

All of this means that the Hubble Space Telescope should be cherished by the scientific community while it is still there. Though James Webb will outperform Hubble in many ways, there might never be another telescope quite like it — the legacy of Hubble will live on in not just in one telescope but in a whole fleet of space explorers that are still to come.