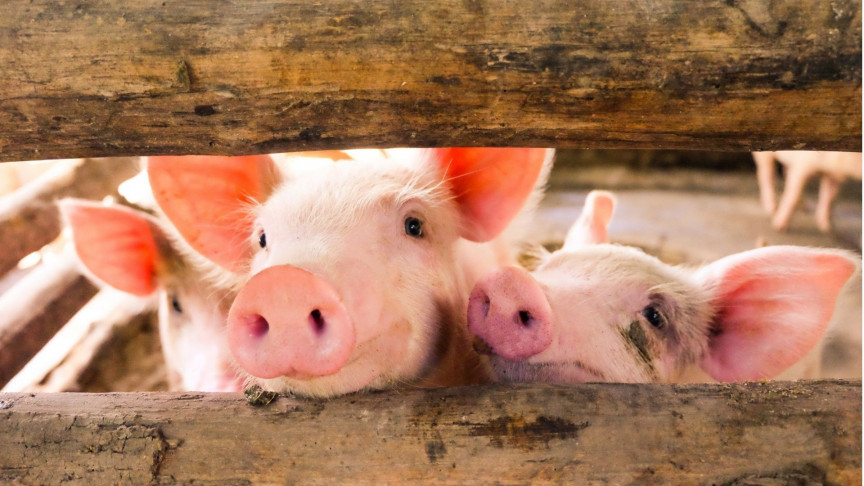 Huawei is seeing a slump in smartphone sales as it deals with strict sanctions set by the Trump administration, being labeled as a threat to U.S. national security.

So, what strategies is the telecoms giant implementing in order to overcome the sales loss? A renewed focus on modernizing traditional industries, including pig farming, with advanced artificial intelligence (AI) technologies, a report by the BBC explains.

“Pig farming is yet another example of how we try to revitalize some traditional industries with ICT (Information and Communications Technology) technologies to create more value for the industries in the 5G era,” a Huawei spokesman told the BBC.

Along with AI tech for pig farmers, Huawei is also working with other traditional industries, such as coal mining, a space that is ripe for modernization.

However, strong sanctions by Trump’s administration still mean that the world’s largest telecoms equipment manufacturer has been limited to developing 4G models, as it doesn’t have U.S. government permission to import vital components required for building 5G models.

The U.S. isn’t the only country to implement restrictions — other countries, including the U.K., have prohibited local Huawei offices from developing 5G due to the sanctions.

Though Huawei has set plans in motion to build its own chip-manufacturing plant, the company’s smartphone sales dropped a staggering 42 percent in the last quarter of 2020.

Now, as per the BBC, Huawei is set to reduce its manufacturing of smartphones by up to 60 percent in 2021, in order to prevent further losses.

All of this has forced Huawei to branch out into other technologies in search of new sources of revenue. The company has renewed its focus on technologies such as cloud computing and wearable devices, and it even has plans for a smart car — in a move resembling other global tech giants including Sony and Apple.

However, Huawei has also shifted its attention to more traditional industries, a potentially blank canvas for its technologies to fulfill previously unheeded calls for modernization.

The company is reportedly working on AI for pig farming that detects diseases and tracks individual pigs via the company’s controversial facial recognition software. Sensors are also being developed to monitor the weight of pigs, as well as their diet and general health.

As China has the world’s biggest pig farming industry and is home to half of the world’s live pigs, Huawei has a huge market to tap into with relatively little competition from global tech giants.