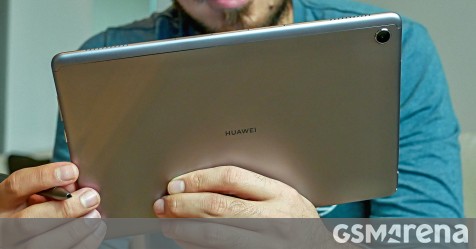 After officially unveiling the MatePad Pro, back in November and then following that up with the Pro 5G version, Huawei has clearly shown its strong commitment to the tablet market. A MatePad 10.4-inch slate has been leaking, left and right, and now we get a fresh new scoop of info on it, courtesy of a reputable Weibo leakster Digital Chat Station.

The built-in battery will have a capacity of 7,250mAh, which Huawei rates at about 10 hours of offline video playback. Four Harman Kardon-tuned speakers should deliver excellent audio output, while the Kirin 810 chipset paired with 4GB or 6GB of RAM will be the brains of the operation.

. The MatePad will be getting 64GB or 128GB of storage and a pair of 8MP fixed-focus cameras – one on the back and one on the front.

Finally, the MatePad will boot Android 10, with EMUI 10 on top. Since the table does mention features like Multi-Window, alongside something called an education center, we can only imagine the newer EMUI 10.1 will ship out-of-the-box. 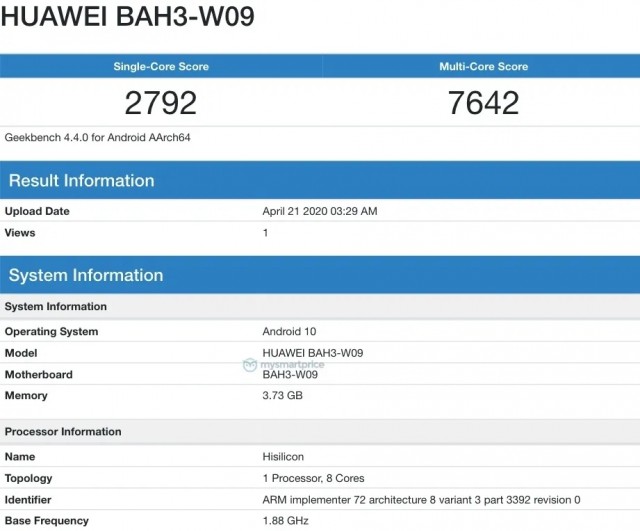 Moving on to GeekBench and what is another Huawei tablet leak, we have a bit of info on the BAH3-W09, which sources believe will be called the MatePad M6 Lite or Youth. Then again, considering that the current M6 tablet is part of the MediaPad lineup, we cant exactly be too sure about the naming yet. Info on this device is still scarce, but we do know it will be equipped with an 8-core HiSilicon chipset with a 1.8GHz CPU, so probably the same Kirin 810 chipset. 4GB of RAM are reported by GeekBench, as well as Android 10  nothing really unexpected.