How Wind Turbines Could Be Recycled and Reused 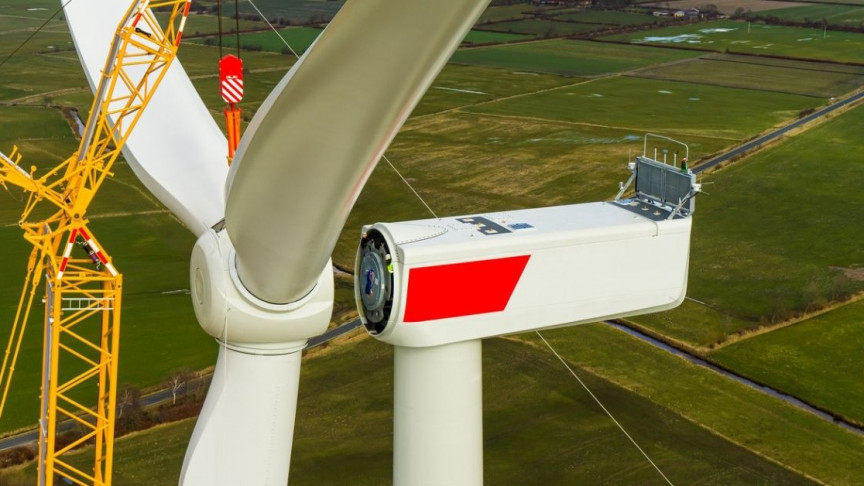 Wind turbines have a crucial place in the renewables industry, however, they have one serious chink in their “sustainable-credentials” armor — their hard-to-recycle blades.

How long do wind turbines last?

How long a wind turbine lasts depends on a variety of factors, like its build quality, location, and its operator’s expenditure on maintenance. But, that being said, the ballpark figure appears to be in the order of 20 years or so.

This can be extended to 25 years or more if favorable environmental factors are at play, and good maintenance procedures are followed. However, as a wind turbine reaches the end of its life, the cost of repair and maintenance often increases, making it less financially viable to maintain them.

The reason for such a relatively short lifespan is the fact that wind turbines have to deal with pretty extreme loads throughout their working lives. These stresses are, in part, the result of the turbine’s structure itself and the average wind speeds they are buffeted by.

The turbine, its tower, and blades are only fixed to the ground at one point and need to resist the full force of wind 24 hours a day, 365 days a year, for years on end. It is only inevitable that something will give at some point. During periods of high winds, the stresses and strains imposed on the turbine structure increase dramatically, and these can be up to 100 times greater than the design loads at a particular rated wind speed for the structure.

It is for this reason that most wind turbines are designed with a failsafe, which automatically turns them off if the wind speed gets too high.

Fatigue failure can occur in many parts of the machine, including the superstructure, the blades, and many of the mechanical parts of the turbine, wiring, and hydraulic systems. A wind turbine’s blades are particularly prone to damage, whether it is from bird impacts or other object strikes, high wind speed damage, or even lightning strikes.

Offshore wind turbines have other unique issues to deal with that can seriously impact their useful operating life. These can include high humidity, turbulence intensities, cyclic loading of its foundation, jacket structures, and erosion from waves.

Can wind turbines lifespans be extended?

In a sense yes, but only to a certain extent — not indefinitely. So long as turbines are monitored carefully and well maintained, you can extend their operating life by around 25% or more.

To achieve this, wind turbines generally require preventative maintenance check-ups two or three times per year. As the wind turbine ages, the frequency of these check-ups may need to increase, which often leads to higher maintenance costs to keep the turbine in operation.

This kind of regime requires regular condition checks of wind turbine assets and benchmarking against the expected loads and fatigue-damage, given its age.

Such assessments will normally form the basis of making a judgment as to whether to continue investing in repairs and maintenance or just scrapping the turbine altogether. Such assessments are known as “lifetime extensions assessments”, and they tend to include both theoretical and practical analysis of a turbine including on-site audits and desktop studies.

Turbine condition reports will often detail the asset’s upcoming maintenance needs in order to form an accurate appraisal of the projected future cost of keeping the wind turbine running. This allows operators to complete cost-benefit analyses of keeping older turbines in operation.

Such reports can also be used to apply for insurance policy extensions and are also often required by service providers at the end of a turbine’s design life.

What happens to old wind turbines?

Despite regular maintenance and repair, there comes a point in any wind turbine’s life when continuing to keep them online is simply not financially practical. At this point, aged wind turbines are decommissioned.

But, you might be wondering, what happens to old wind turbines? Can they be recycled or can their parts be reclaimed?

As it turns out, the vast majority of a wind turbine’s parts can be reclaimed, recycled, and even resold, but the blades tend to be a problem. These blades tend to be made of fiber-reinforced plastic (FRP). This pliable mixture of resin and fiberglass is similar to what some spaceship parts are also made from can not easily be reused.

According to some sources, it is estimated that somewhere in the region of 720,000 tonnes of turbine blades will need to be safely disposed of over the next 20 years. This would equate to around 8,000 blades a year over the next four years alone.

In Europe, somewhere in the region of 3,800 blades will need to be replaced every year over a similar time period.

These blades have little use once they have been removed, and it is usually too costly to reuse them on other turbines. For this reason, they are often simply dumped, well buried, in specially designed “blade mass grave” landfills.

This is clearly counterproductive to the image that the wind turbine industry is trying to project.

Ironically, these blades were made to be super durable, and very long. This is fine when they are attached to a giant wind turbine, but when it comes to the disposal this tends to cause some issues.

They cannot be easily crushed or repurposed, and given their size, they are often tricky to easily transport. For this reason, most tend to be cut up into pieces ready for disposal.

However, all is not lost. There are some private and public enterprises that have risen to the challenged of dealing with this rising problem.

Can you recycle wind turbine blades?

Other solutions include a process called pyrolysis. This involves chopping the blades into pieces and breaking them down into their constituent parts in large ovens at temperatures of about 450 to 700oC (842 to 1292°F). This releases the fiberglass fibers so that they can be re-used in glues, paints, and concrete.

Other products are also recovered in this process, including syngas (synthetic gas) that can be used in combustion engines as fuel. Charcoal is also produced, which can be used as fertilizer.

Another solution, beyond just burying old blades, is currently in development by a collaborative research project involving the European Chemical Industry Council, the European Composites Industry Association, and WindEurope. They hope to develop a way to recycle the composite materials that turbine blades are made of through cement co-processing.

Other solutions are even more intriguing. Some specialist designers are finding innovative ways to reimagine these giant blades for completely different uses.

In Rotterdam, for example, a child’s playground called Wikado makes use of old turbine blades to create tunnels, slides, ramps, and a slide tower.

Some interior designers have even found innovative ways to turn old turbine blades into unique furniture. One notable example is the Polish company AIRachitecture, who cut blades in slices, and add some wooden planking and cushioning to create striking chairs.

Other research projects are also looking at innovative ways to repurpose these old blades. One international multidisciplinary research team, including  Queen’s University Belfast and the Georgia Institute of Technology, will look into ways to reuse these structures in buildings, infrastructure, landscaping, and public art.

Another interesting proposal for reusing wind turbine blades is to build pedestrian bridges from them. Engineers from the Cork Institute of Technology (CIT) are planning to build one in county Cork from blades donated by Everrun in Belfast, Northern Ireland.

Some of the big players in the wind turbine industry are also rising to the challenge. GE, for example, recently announced a program to recycle old blades, in collaboration with Veolia.

The project will take old blades, shred them, and use them to replace raw materials in the manufacture of cement — much like the efforts of the European Chemical Industry Council et al mentioned earlier. This, so they believe, should create a “circular economy for composite materials,” said Anne McEntee, CEO of GE Renewable Energy’s Digital Services, said in a statement.

This process could make wind turbines fully recyclable, while simultaneously reducing CO2 emissions from cement production by around 27 percent, give or take.

Despite their “green” credentials, it seems the wind industry has some literal and figurative secrets — its old discarded blades. However, efforts are afoot to develop ways to commercialize the repurposing and recycling of wind turbine blades,  which could restore the turbine’s reputation for sustainability.

With wind turbines getting bigger and more common, the issue of dealing with older blades may need to be dealt with sooner rather than later.