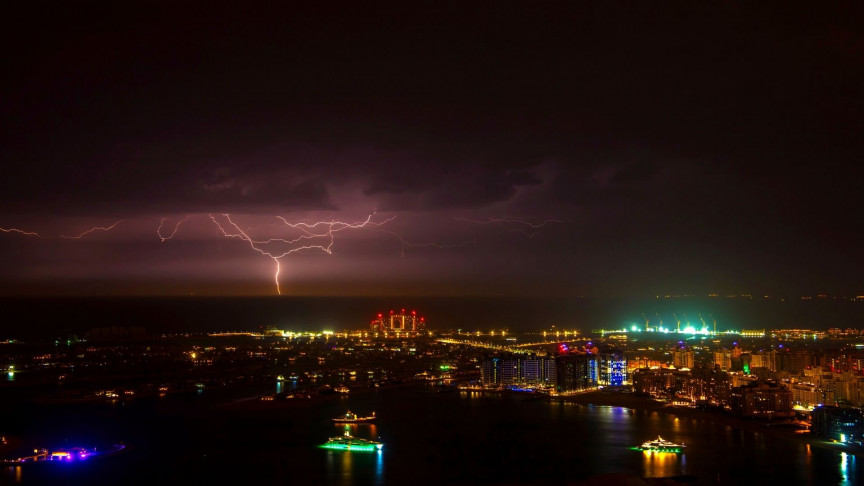 In a year of smashed global temperature records, the United Arab Emirates (UAE) is turning to technology to turn the tide on the searing heat. As a report by Business Insider points out, in the city of Dubai, which reaches heats of up to 120 degrees F (48 degrees C), scientists are using a special method to make it rain.

Specifically, Dubai is using drones that fly into clouds where they then discharge electricity to kickstart rain, which reduces temperatures and provides much-needed water resources.

What is ‘cloud seeding’ and how does it work?

The technique — which is a form of “cloud seeding” — was designed to increase the area’s low annual rainfall as part of a $15 million project by the UAE aimed at artificially generating rainfall in the country.

Researchers at the University of Reading in the United Kingdom created the specific cloud seeding technology for Dubai, which was designed to take advantage of the UAE’s high cloud coverage, despite the low rainfall in the area.

Utilizing an unmanned aerial vehicle (UAV), similar to a combat drone, pulses of electricity are shot into the clouds in order to get the water droplets in those clouds to stick together “like dry hair to a comb,” Professor Maarten Ambaum, who worked on the project, told the BBC in March. “When the drops merge and are big enough, they will fall as rain,” he continued.

According to Ohio History Central, the first successful case of cloud seeding occurred in 1923 at McCook Field in Dayton, Ohio, thanks to Professor W.D. Bancroft from Cornell University — he flew into clouds with a plane and “used various chemical compounds to cause the precipitation.”

One controversial aspect of cloud seeding is the fact that it takes rain away from other regions. Cloud seeding doesn’t “create” rain in the literal sense. It encourages water droplets to merge over a specific region that would otherwise condense somewhere else, meaning that if it rains over Dubai, there will be less rain in neighboring areas.

The UAE is also looking at methods for reusing the rain that drops to the ground, rather than letting it evaporate back into the dry atmosphere in Dubai. Plans are reportedly in place to use the cloud seeding technology in a directed manner that will see more rainfall over the UAE’s 130 dams. That way the least amount of water possible will go to waste.

Prior to the rain drones, the UAE was already dropping salt to encourage precipitation, another form of cloud seeding. All of this will help the country to manage amid projections of less rainfall due to climate change. The Max Planck Insitute, for example, recently warned that large parts of the Middle East could become uninhabitable due to climate change by 2050. The UAE already records less than 4 inches (10 centimeters) of rain per year, meaning it is racing against a worrying trend when it comes to keeping water from floating away from the region.