How to Stop Worrying And Make Peace With Alien Overlords 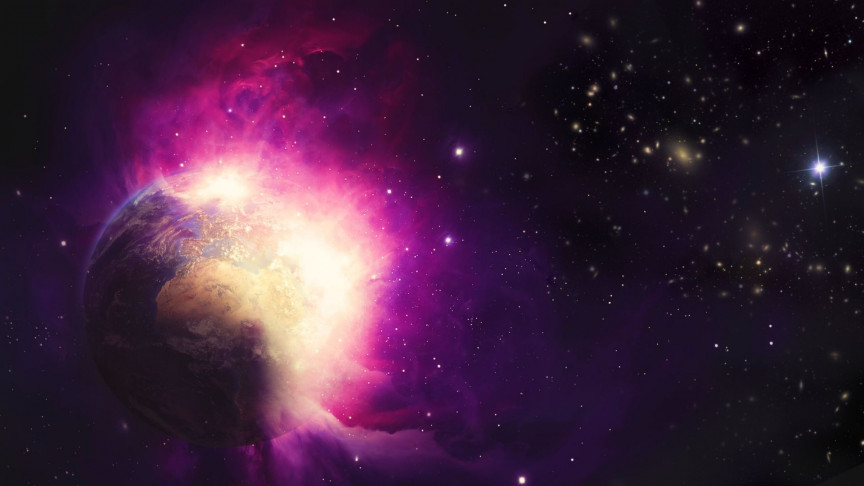 A professor and former astronomy chair at Harvard, Avi Loeb, warned that an alien civilization could possess a version of our own technology that is advanced enough that it could destroy our galaxy in an instant. Loeb explained his theory in an op-ed in Scientific American published this week.

In his article, Loeb claimed that “a highly advanced civilization could generate electron collisions at Planck energies within its home planetary system,” using an advanced version of our own particle accelerators, like the ones he worked on during his Ph.D.

This, Loeb said, could create a “domain wall, behind which the vacuum energy density will be converted into heat — just as a detonation wave burns through an explosive material.”

According to a report by Futurism, this domain wall could be characterized as “a dark energy explosion” that would be capable of burning our entire galaxy at the speed of light.

Loeb explained that “we would not receive any advance warning before this cosmic disaster hit us in the face because no precursor signal can move faster than light to alert us to the risk… We would never know what hit us.”

Dr. Loeb: Or How I Learned to Stop Worrying and Make Peace With Alien Overlords

What should we do in the — admittedly unlikely — face of total annihilation? According to Loeb, we should aim to engage in interstellar diplomacy — a task for Space Force perhaps? — as soon as we make any type of contact with an alien species.

“One way to avoid a cosmic catastrophe of this type is to establish an interstellar treaty, similar to the Nuclear Test Ban Treaty, signed first in 1963 by the governments of the Soviet Union, the United Kingdom, and the United States,” Loeb explained.

It’s no doubt unnecessary to state that we have not made any type of contact with alien life — unless conspiracy theorists are to be believed and our governments are hiding the truth from us all. Still, scientists have recently stated that they believe we may find signs of life on other planets within the next decade thanks to the James Webb Space Telescope.

Loeb, himself, is known for having been one of the only prominent astronomers to insist that the ‘Oumuamua asteroid in 2019 was, in fact, an alien spaceship, rather than an interstellar space rock.

It’s worth noting that, in his op-ed, Loeb explained that, with our current technology, we would require a linear collider 10,000 light-years in length to generate electron collisions at Planck energies. So any alien civilization within this hypothetical scenario would have to be incredibly advanced.

As the Fermi paradox makes abundantly clear, other theoretical alien civilizations have had plenty of time to become incredibly advanced when compared to the human race.

The same paradox also highlights the fact that we would probably have seen signs of such an advanced civilization, if it did exist — especially if that civilization was building a collider even a fraction of the size required with our current technologies.