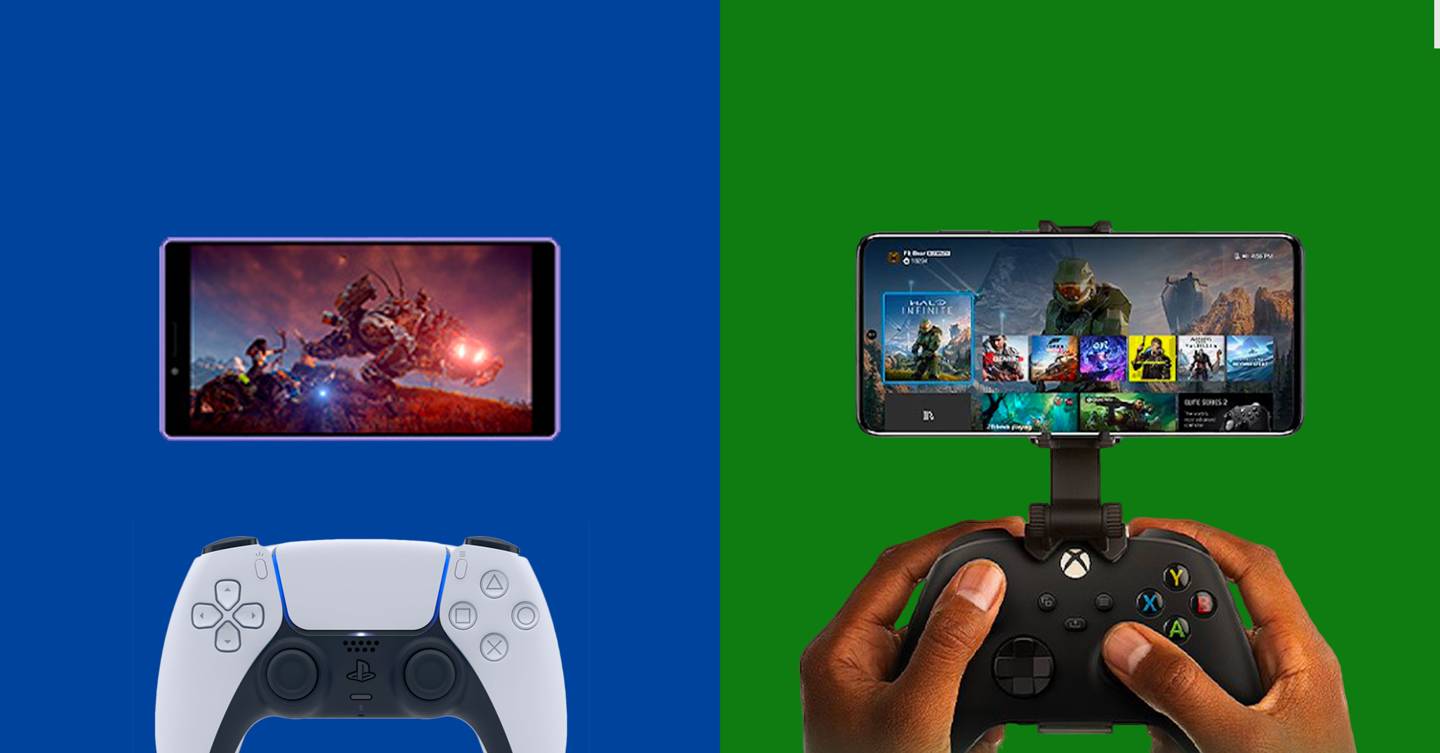 If you were lucky enough to get hold of a PlayStation 5 or Xbox Series X|S over the holidays, or even since then as stock problems persist, you may have found a small problem – getting gaming time in on your shiny new console while the rest of the family wants to watch the TV.

In days of yore, you might have had to pack up the entire console and hook it up in another room to avoid arguments, but now there’s a better option. Both Sony and Microsoft offer ‘Remote Play’ options for their hardware, allowing you to stream your games to a second screen and continue playing without setting off an argument.

In many ways, the Remote Play features for PS5 and Xbox Series X|S is a continuation of functionality introduced in the previous console generation, but there are a few quirks to consider for each platform. Read on for a simple guide on how to get playing.

How to Remote Play on PS5

First, the basics. You’ll need your PS5 console – either the full-featured disc drive system or the all-digital edition – to be updated to the latest system software. In many cases, updates will be downloaded automatically, but if you’re not certain you’re up-to-date, navigate to Settings, System, System Software, System Software Update and Settings, Update System Software, and finally select Update Using Internet.

While you’re burrowing around in settings, navigate to Settings, System, and Remote Play, and make sure ‘Enable Remote Play’ is activated – if not, the whole process fails.

Then you’ll need the Remote Play app for your phone – available on Android and iOS. Ensure you’re connected to the same WiFi network as your console, then sign in to the app using your PlayStation Network credentials – the same details you sign into the PS5 itself. You’ll be able to see any PlayStation consoles – this works for PS4 and PS5 – on the network, and connect to them.

Once everything is set up, you’ll be able to turn on your PS5 using the Remote Play app, so long as the base console is in rest mode. However, this does mean that if you activate the console from another room, it fully powers on and, depending on your TV settings, may auto-switch the active HDMI input. Check your unique set-up to make sure this doesn’t interrupt other TV users. You’ve been warned.

Unfortunately, you do need your phone and your PS5 to be on the same WiFi network for PlayStation Remote Play to work, and Sony recommends you have at least 5Mbps download speed. And, no, there’s currently no way to use Remote Play over a mobile data connection, even a high-speed 5G one.

Next, you’ll need a PlayStation 4 controller. Yes, 4. Hold down both the home button (with the PS logo) and the Share button until the light bar flashes. The controller is now in pairing mode. Head to your phone’s Bluetooth settings, and add a new device – on Android, it should appear as “Wireless Controller”, while iOS may see “PS4 Controller”. Head back to the Remote Play app – you may need to reconnect to the PS5 – and you’ll now be able to control the system UI and most games directly through the controller, as you would normally.

While it is possible to pair the PS5 DualSense controller to your phone via Bluetooth, it’s currently unsupported by the app itself – in our tests, the phone handset detected and would connect to the DualSense, but the PS5 received no input from it.

Using the PS4 controller, most games play as normal, albeit without the additional features the DualSense provides. A notable exception so far is Astro’s Playroom, the showcase title built-in on PS5, which requires DualSense features. However, the likes of Spider-Man: Miles Morales and Bugsnax run just fine.

Also, remember to have your phone screen set to auto-rotate, in order to get a full, horizontal view. If not, you’ll only get a tiny widescreen image at the top of your phone in portrait mode, which is far from ideal – on a Pixel 2 XL, that means approximately 7x4cm of screen space.

The Remote Play app also offers a virtual onscreen controller. But, as is the case with all onscreen controllers, it’s terrible to use, lacking any precision and failing at mapping a 3D button layout onto a 2D surface. However, if you don’t have a spare controller – or a PS4 controller at all – then it could do at a push for slower games.

Hopefully, Sony will patch in full DualSense support and the potential to untether from your home WiFi network for those with 5G data plans. But, for the time being, PlayStation Remote Play offers a solid alternative for playing away from the main TV – just as long as you’re not leaving the house.

How to Remote Play on Xbox Series X|S

At a glance, Microsoft’s approach is remarkable. Like much of the Series X|S architecture, it’s effectively the same as on Xbox One, so if you’ve set up Xbox Remote Play before, the process is going to be the same.

For anyone who hasn’t, first make sure your console is prepared. Do a system software update (or check you’re up-to-date) by heading to Settings, System, Updates. It should automatically check, and prompt you to update if you don’t already have the latest version. Then, make sure Remote Play is activated, by heading to Settings, Devices & Connections, Remote Features, and checking that the box for “Enable remote features” is ticked.

Next, get the Xbox App – again available on Android and iOS. The good news is this is a more full-featured app than Sony’s Remote Play app, allowing you to interact with the entire Xbox experience – your game library, your friends list, notifications, titles available via Game Pass, and more. To get started with Remote Play though, tap the broadcast icon – the icon currently still looks like an Xbox One laid horizontally, and is in the top right of the screen, next to the bell icon.

This now gives you three options – “Remote play on this device”, “Open remote control”, and “Manage console and games”. Select the first option and it’ll do a quick check of your network environment to make sure everything is up to speed to use Remote Play. The ‘remote control’ feature isn’t relevant for Remote Play, but can be useful if you’re streaming video or watching a Blu-ray through the console on your main TV, allowing you basic controller functions to play, pause, select, and skip through media without having to use the joypad.

In terms of game controllers, you have a bit more flexibility on Xbox – the app will recognise the Xbox Series X|S controller or Xbox One pads. Given there’s not much difference between them functionally, this isn’t a huge surprise, but if you sold off an Xbox One to upgrade to Series X|S, it’s comforting to know you can use the new gen controller.

Unlike the PS5 approach, there’s no onscreen controller here, so you will need a physical pad for it to work. However, you can connect a controller via USB cable as well as Bluetooth. For the latter, hold down the pairing button on the Xbox controller – the small circular one on the top of the pad, next to the left shoulder bumper – and hop over to your phone’s Bluetooth settings to connect it.

There are a few other differences in approach to Remote Play between Microsoft and Sony. One is that the Xbox app auto-rotates to widescreen, overriding any screen rotate locks. This is for the better – playing 4K games on a phone screen is already a compromise, so best to have as much screen real estate as possible.

The bigger Microsoft advantage is that with Xbox you can use Remote Play features over a data connection. We wouldn’t necessarily recommend this unless you have both 5G and an unlimited data plan – on 4G, lag was noticeable even moving around the system menus, accompanied by some horrifying pixellation – but, still, it is technically possible.

Oddly, Microsoft’s Remote Play currently excludes backward-compatible titles from Xbox 360 or the original Xbox. This seems an odd limitation, since the console itself is of course more than capable of running them. So why it can’t stream the games over Remote Play is curious. Still, with all Xbox One and Series X|S titles playable, that’s going to be a significant library for most players.

Both Xbox and PlayStation Remote Play apps have room for improvement at present – PlayStation needs to add DualSense support and mobile data play; Xbox needs to get its full library playable.

We’d also recommend using a tablet rather than a phone, purely down to the larger screen size offering a better overall experience. However, both platforms offer a viable alternative to continuing your gaming when you’re away from the TV – and may even cut down on family squabbles in the process.

☀️ Coronavirus experts explain what summer 2021 will be like

🎧 Looking for new headphones? Here’s how to buy the best, whatever your budget

🐶 Fraudsters and thieves are cashing in on the pandemic puppy boom