How to Live in the World’s First Cashless Society 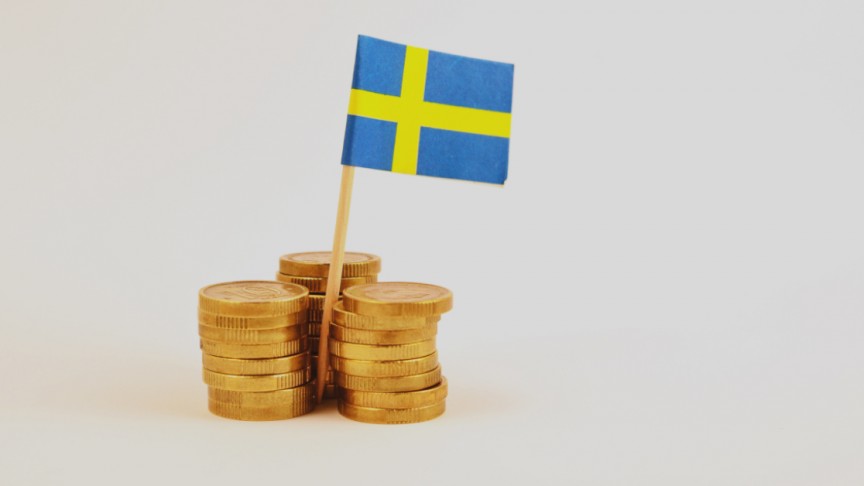 By then, by March 24, 2023 to be precise, in Sweden, cash will no longer be accepted as a means of payment. In general, cash is already a no-go in Sweden. There is a unique law in Sweden that enables merchants to make customers pay electronically in spite of the status of cash as a legal tender.

Sweden’s culture of innovation and being early adopters of technology coupled with the nation’s high-quality of life have played a paramount role in the transition. Once Sweden becomes a cashless economy, citizens and visitors will no longer be able to use cash to make purchases. They will have to make all payments electronically.

Coins and banknotes will not completely disappear at the beginning. But no one will be able to use them in a practical sense. They will become just collectables and will be included in museums’ collections.

Sweden, a nation of early adopters

Sweden has always been one of the first countries in embracing new technologies. Sweden, as a country, is a first adopter. There is a tradition in Sweden about being the first. This is noticeable throughout the Scandinavian country’s history. Thus, its financial system is not an exception.

In 1661, Sweden was the first country in Europe to introduce banknotes. Sweden has been at the forefront of banking innovation for quite a long time. Sweden’s first automatic cash machine was installed and ready to use in July 1967. This was only one week after the world’s very first one was opened in London.

In 2023, Sweden is proudly becoming the first cashless nation in the world, with an economy that goes 100 percent digital. Currently, about 80 percent of Swedes use cards with 58 percent of payments being made by card and only six percent made in cash, according to the Swedish Central Bank.

Electronic payments have rapidly increased with more restaurants and shops not accepting cash payments at all. Mobile payment services also make payments from one individual to another much easier.

The majority of Swedish banks have stopped allowing customers to make cash transactions over the counter. Many branches across the country have closed. Cash is extremely expensive to manage due to the high security systems. If there is someone who wants to make a deposit or withdraw cash for some reason, they need to go to an ATM.

It took Sweden 362 years to transition from being the first nation in Europe to adopt banknotes in 1661, to becoming the world’s first cashless economy in 2023.

The whole population in Sweden is under mobile coverage. And for the past years, in Sweden, almost all purchases have been paid electronically, by debit/credit card using chip and Pin rather than the old-fashioned magnetic band, using contactless technology, mobile card payments such as iZettle, or the mobile application Swish which was especially designed to help Swedes embrace a cashless life.

This means that now more than 80 percent of all retail transactions have been conducted electronically. This is similar to what happens in the rest of the other Nordic countries, which include Finland, Norway, Denmark, and Iceland.

The way the Nordics are quickly embracing a cashless lifestyle strongly contrasts with the countries in the south of Europe, where cash is still a strong form of payment. Moreover, in some cities in southern Europe, several establishments accept only cash. This is the complete opposite of what happens in northern Europe, where cash is no longer accepted in the majority of places.

In Sweden, those businesses where cash is still accepted today, are going to stop accepting cash payments in 2023. It is rather difficult already today to find an establishment where they accept cash. Those coming from abroad have to be ready to pay by card or by the mobile application Swish.

In 2012, the six largest banks in Sweden got together to build an instantaneous mobile payment platform to help customers make electronic payments easier. The application, called Swish, was developed as a collaboration. Back then, Swish was embraced and used by everyone in Sweden.

Children are also part of the transition. Many of them will never know how it was like to live in a world where cash transactions were widely accepted. Most of the Generation Alpha children in Sweden are going to see printed money only through photos, videos, and in museums.

Swedish banks issue debit cards to citizens aged seven years of age or older (with parental permission), which translates to more than 97 percent of the population. This introduces these young citizens to the cashless society that will be part of their future.

There is no need for carrying cash in Stockholm today

Several years ago, Stockholm’s public transport stopped accepting cash. Tickets are pre-paid, paid by using a mobile application, or bought by debit/credit card from the driver, or a ticket machine. Residents usually buy a monthly travel card, which is both more convenient and less expensive than buying individual tickets.

In an increasing number of stores, signs read “No cash payment in this store.”

Most Swedes, especially those in the younger generations, never carry cash. Visitors to the country do not need to worry about currency exchange either. Yet, some tourists find it hard to believe that they do not need any local currency when visiting Sweden. The fact is, cash is really hard to find and see.

Cash is never needed, not even for small purchases like a hot chocolate at a Christmas market in Stockholm. All vendors have a mobile payment chip-and-PIN card reader such as the one offered by Stockholm-based mobile payments company iZettle, or they accept payments by the mobile application Swish. Swishing is perhaps the easiest way of payment for everyone.

A practical reason for a cashless economy: Crime-fighting

Some of the reasons to move away from cash in Sweden include making transport more secure, which has already been accomplished in the Swedish capital. Reducing bank robberies as well as drug, counterfeiting, and weapons markets are also reasons why Sweden decided to make the move

It also means less tax avoidance. Bank robberies have considerably decreased in the past years since there is no cash in most banks in Sweden and branches continue to disappear. Establishment owners feel safer without having any visible cash.

The future of money

Academics investigate the cashless society from multiple perspectives. Topics of discussion include cash in the future and the societal consequences of a cashless society.

The introduction of the Swedish e-Krona