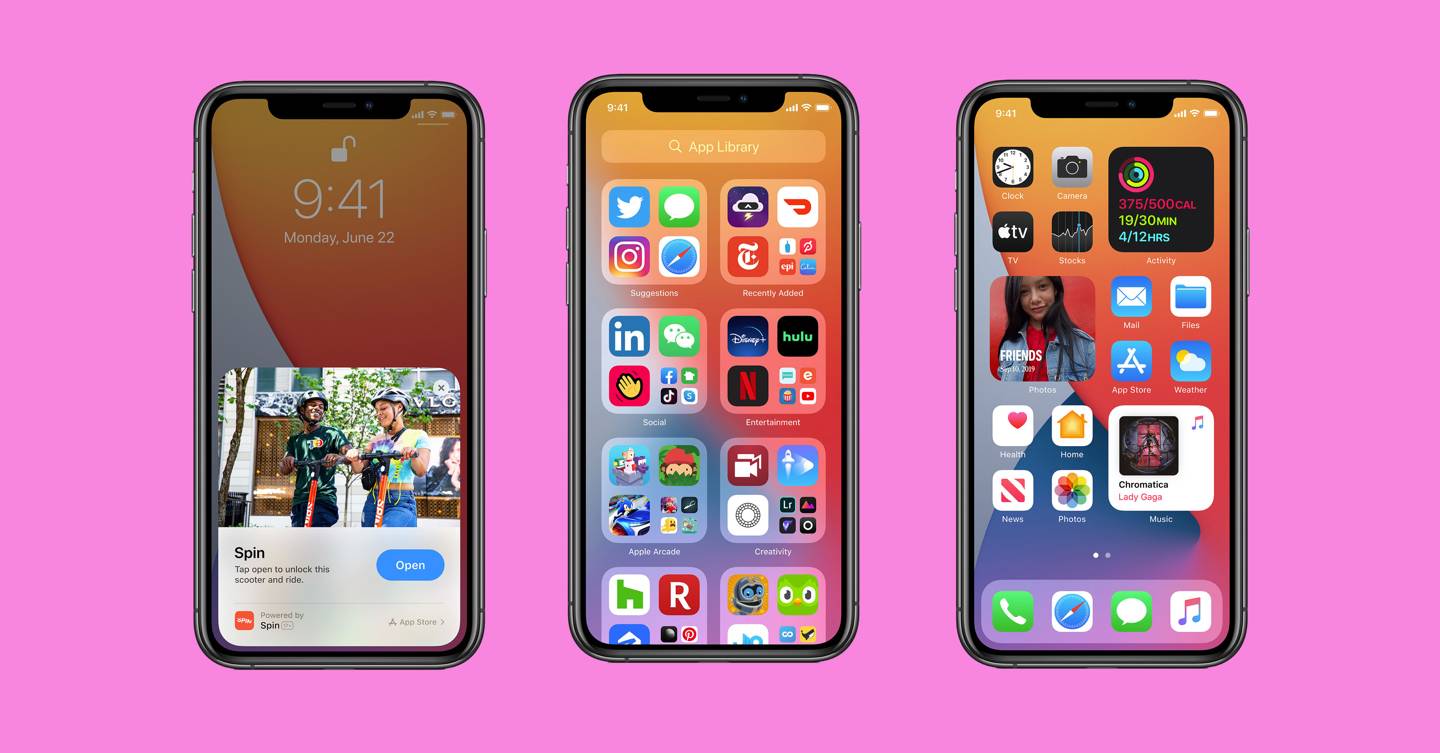 Apple announced the rollout of its latest operating system less than 24 hours ago at its (admittedly underwhelming) September event, alongside new iPads, new Apple Watches and a new all-encompassing Apple subscription service called Apple One.

Weirdly, iOS 14 is coming out before the iPhone 12, thanks to coronavirus as well as some rumoured manufacturing issues. But while you might have to hold on to your current iPhones for a little bit longer, you at least won’t have to wait to get your hands on some shiny new features. From a redesigned home screen and an AirPods update to the all-new App Clips and an improved Siri and Apple Maps experience, the latest update is a doozy.

Before you even attempt to download the latest update, make sure your device is compatible with iOS 14. If you’re still sporting an iPhone 6S, then rejoice. Once again, Apple is supporting the device for another iOS iteration. So if you own an iPhone 6S and above – anything released after 2015 – then you’re good to go.

Make sure to back up your device before you update to iOS 14 in case anything happens during installation. To do this, go to Settings, tap on your name, then tap iCloud. Then just tap on iCloud Backup and press Backup Now. Once your data is all backed up, you’re ready to download iOS 14.

The easiest way to download iOS 14 is by doing it over the air. Head to Settings, General and then tap on Software Update. It will check for an update and a notification will pop up informing you that you can download iOS 14. Hit Download and Install. Enter in your passcode if asked, and iOS 14 will begin to download. This can take a little while, so make sure to leave your iPhone on charge.

If you aren’t able to download over the air, then you can update to iOS 14 by plugging your iPhone into your computer.

There are two different ways to do this depending on your setup. If you’re running macOS Catalina 10.15, click on Finder. If you’re using a PC or macOS Mojave or earlier, open iTunes. Click on your iPhone in Finder or iTunes, click on General or Settings and click Check for Update. Now just click Download and Update. If asked, enter your passcode and iOS 14 will begin to download.

Now that you’ve got iOS 14 on your iPhone, here’s a roundup of our favourite features from the list which you should definitely have a play around with.

The home screen finally has a fresh new look after what’s felt like forever. Widgets are coming to the home screen, after being relegated to the Today feed for way too long. Now you can place widgets like the weather widget or the news widget on your screen, side-by-side with your apps. It’s a much-needed change that ultimately makes the home screen more useful.

Another feature is something called the App Library, which is placed at the end page of your home screen. The App Library groups apps into visual folders, categorising together related apps, most used apps, recently downloaded apps and suggested apps. There’s also a search bar at the top, so you can quickly look up an app you’re struggling to find.

Say goodbye to iPhone storage hogs, because this feature is pretty cool. App Clips are mini apps which only appear whenever you need them. They work with the help of nearby NFC images that you can scan and then access the small portion of the app that you need. No more downloading apps which you use once and then never delete from your iPhone again.

We’ve never been so pleased to see a phone call redesign before. Incoming phone calls no longer take up the entire screen, so you can ignore a call and continue browsing the internet without having to wait for your iPhone to stop ringing or feeling guilty about hitting the decline button.

Siri no longer takes up the entire screen, either. When you invoke the virtual assistant, it will just show a small animation at the bottom of the screen. You can also send audio messages to contacts straight from Siri now.

Messages is becoming a whole lot more like WhatsApp, and a whole lot more useful because of it. You can set an image for group conversations, pin up to nine conversations which you frequently return to, and direct certain messages to specific people using the @ symbol. And like in other chat applications, you can reply directly to a specific message in an in-line thread, making it easier to keep track of messages.

As with every update, Apple has introduced a number of privacy controls to help you protect your data. There’s a new indicator which appears above the signal bar whenever an app accesses your camera or microphone, and it has already been catching out apps like Instagram. You also get notified whenever an app creeps on your clipboard.

In other privacy updates, Apple now lets you share an approximate location with apps rather than an exact one, and it offers more controls over third-party tracking.

We all remember the days when Apple Maps was so bad that it received a barrage of abuse on social media for sending people round in circles and to incorrect locations. The company has continuously improved it over the years, and it’s getting better in iOS 14.

If you’re driving, Maps will now alert you when you’re approaching a speed camera and display where those cameras are on the map, just like Waze. The app now also recommends selected attractions and restaurants depending on your current location, similar to Google Maps.

There’s also a nifty feature for cyclists in the US. Cyclists will now be able to look up cycling directions before they ride. They can check elevation levels and will be directed onto cycle lanes and bike-friendly roads. No word on when the cyclist feature will come to the UK, however.

This might feel like a relatively old feature, seeing as it’s been available on the iPad for a number of years now, but bringing it to the iPhone makes watching videos much more pleasant. As its name suggests, picture-in-picture lets videos continue playing when you close out of an app. You can resize the window and move it around as well, just like on the iPad.

This is genuinely one of our favourite iOS 14 features. It’s like getting a brand-new pair of headphones without having to pay a penny. One major iOS 14 feature is the introduction of spatial audio to the AirPods Pro. It places sound virtually in space, creating a surround sound effect.

Apple’s made its own translation app to compete with Google Translate. With the Translate app, you can translate images, voice or text into 11 different languages. Thankfully, you don’t need data, meaning you can translate away whilst on holiday without incurring unexpected charges.

Swiping through pages and pages of emojis on your iPhone gets tiring, so Apple has made it easier for you to find the emoji you want. Now when you open up the emoji keyboard on your iPhone, you’ll see an emoji-specific search bar above it.