How the Toilet Saved Countless Lives 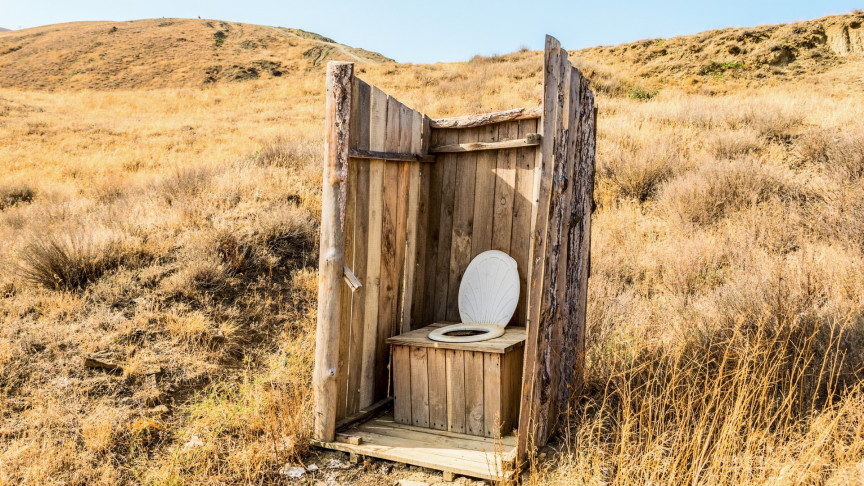 Do you know what doesn’t get enough credit? The toilet. The unsung hero of humanity.

You use it multiple times a day to relieve yourself, spend time sitting on it scrolling through social media, catching up on some reading, or thinking up your next big project.

In fact, you may be reading this from that exact spot, which makes sense, given you’ll spend on average anywhere from 92 to 240 days of your life sitting on the toilet, according to studies published in The Scotsman and the Green Gobbler, respectively.

Yet you rarely stop to think about all the toilet is doing for you. It’s increasing your life expectancy, that’s what it’s doing.

Toilets are one of the “most pivotal inventions in human history,” as environmental engineer Francis de los Reyes said in a Ted Talk. They save countless lives each year, yet most of us take toilets for granted.

There’s more to the porcelain god than meets the eye — especially once we learn about its age-old origins, how it mysteriously disappeared for decades, the dangers humans face when they don’t have access to one, and how new technology keeps reinventing it. There is even an official United Nations World Toilet Day.

Time to set the record straight and give the water closet its due respect.

A brief history of toilets

Nowadays, people may blush when they ask to use someone’s loo or if their bathroom activities are heard or smelled. But in ancient Roman times, people weren’t so squeamish. In fact, in public toilets, up to 20 people did their business sitting side by side on stone benches with holes in them. Who’s blushing now?

Even though most of us no longer share such intimate moments with others, we still share something in common with the Romans: Our sewage systems.

Some of the earliest discovered waste management systems were found in ancient Mesopotamia — which included parts of present-day Iraq, Iran, Kuwait, Syria, and Turkey — and date from as early as 2,500 BC. By this time, Mesopotamians had constructed “toilets” by building seats over cesspits.

In the ancient Mesopotamian cities of Eshnunna and Nuzi, archaeologists have found brick chairs coated with water-repellent material. Waste dropped through an open slot at the base and traveled through clay pipes to cesspits.

However, the earliest flushing toilets appeared roughly 2,000 BC, in the Minoan and Indus Valley civilizations. One of the earliest known flushing lavatories was discovered at the Minoan palace of Knossos on Crete. It included a wooden seat perched over a tunnel which led to an underground sewer. Water streamed into the tunnel from a rooftop reservoir.

Other Minoan toilets were supplied with water from jugs. Similar flushing toilets were also used by the Indus Valley Civilization, more than 2,500 miles (4,023 km) away, at around the same time.

In ancient Rome (from around 200 B.C. to 500 A.D.), public bathhouses featured multi-seater latrines placed over a channel of continuously flowing water which led to the sewer. A second water trench ran along the base of the toilet bench, which was likely used for washing sponges on sticks, which were used like toilet paper.

Personal toilets were also found in some Roman homes, but these often emptied into a cesspit or directly into the street, rather than the sewer system. Chinese dynasties of the same period also had toilets, but instead of flushing waste away they recycled it into pigsties or it was sold on as fertilizer — a system locals used for centuries.

However, over the centuries, most people used versions of pit latrines, cesspits, and chamber pots. In many medieval Islamic towns and cities, public and private latrines with running water and sewer networks were in use. However, in medieval Europe, the latter’s dregs were sometimes thrown out of windows and doors and into open sewers in the street. European cesspits during the medieval times were open ditches that followed existing drainage pathways and often were directed along the center of the street.

It wasn’t until 1596, when Sir John Harington designed the first modern flush toilet that toilet technology significantly jumped up a notch. Similar to modern-day toilets, Sir Harington’s invention used levers to release water, and a valve drained the remnants of the bowl. He named his contraption Ajax, but there was one major issue: Ajax stank. In fact, its use also did not reduce the stink of cities. The latrines of medieval London flowed into cesspools or directly into waterways, and then into the Thames River.

At the turn of the 19th century, sewage systems and wastewater management plants improved and took off. So you’d be forgiven for thinking that was the end of the toilet’s story. But, as recently as 2019, “around 60 percent of the world’s population — 4.5 billion people — either have no toilet at home or one that doesn’t safely manage human waste,” explains UNICEF USA. This causes serious health and safety risks that should not exist today.

The dangers of not having access to a toilet

All potty humor aside, toilets and sewers save lives. Because where there is poor sanitation, there is disease.

The WHO states that diseases such as cholera, diarrhea, dysentery, hepatitis A, typhoid, and polio are prevalent in regions where sanitation is lacking or non-existent. Poor sanitation is responsible for an estimated 432,000 diarrheal deaths annually, contributes to malnutrition, and reduces social and economic development due to anxiety, the risk of sexual assault (when having to defecate outdoors), and lost educational opportunities.

When people don’t have access to a toilet, they have to defecate outdoors. As the WHO explains, “The countries where open defecation is most widespread have the highest number of deaths of children aged under 5 years as well as the highest levels of malnutrition and poverty, and big disparities of wealth.”

Ultimately, without proper sanitation facilities, people often have little choice but to live in and drink water from an environment contaminated with waste, ultimately putting themselves at risk of infection, explains the CDC.

Once an environment is infected or contaminated, disease can spread in a number of ways: Through water, soil, direct touch, and insects such as flies.

Flies transfer diseases such as E. coli to humans by carrying it on their legs. The flies land on people or on food, depositing the disease. This hand-to-mouth route is the most common transmission path for infectious diseases brought on by a lack of toilets, explains Dieter Häussinger, professor of medicine at the University Hospital in Düsseldorf, in Deutsche Welle.

“Every germ produces a particular toxin,” Häussinger says. “The toxin causes the intestine to secrete and produce fluids to flush the germs.” And this leads to diarrhea. To put that into perspective, between 3,000 and 6,000 children die every year from the consequences of a diarrheal disease, mostly due to dehydration because their bodies lose too much fluid.

Studies by the US Agency for International Development, published in the journal Nature say that some 75 percent of a population must have access to a toilet before there are widespread improvements in health.

It’s easy to see how having access to a toilet and proper sanitation creates huge benefits in human health and safety. New improvements, such as smart toilets and smart sanitation systems, can bring other benefits, including monitoring diseases and personal health.

How technology helps, and how it improves toilets

Ultimately, there are a number of different toilet technologies that are bringing benefits.

In water-scarce countries, there is a focus on developing water-efficient or waterless toilets, or systems that use grey water sources for flushing, instead of using scarce clean water. In areas with limited electricity, small-scale electricity production must be generated for running the sewage treatment process. In areas where waste is used as a cheap source of fertilizer, other methods must be brought in. All of these considerations and more have to be taken into account by sanitation engineers.

This is where new toilet tech comes into play, and it doesn’t have to be transcendental to make a difference. Some designs treat waste and transform it into clean water, fertilizer, and even electricity. Some process the waste on-site, increasing the resiliency of the sanitation system. Others move the waste through pipes to local community-scale treatment plants, which enables the community to reuse the nutrients and water in their waste.

And in terms of offering health benefits through the use of tech, choices abound. In Japan, a country already famous for its futuristic toilets with heated seats, built-in bidets, and soothing music, highway rest stop toilets now measure levels of tiredness through the toilet seat, to help keep people safe on the roads.

Japan also boasts a smart-toilet for use in hospitals called Flow Sky, which measures takes measurements from urine flow as patients pee. A urologist then analyzes the data to keep an eye out for bladder or prostate concerns. Another medically-focused toilet is Rochester Institute of Technology’s toilet seat, which monitors its user’s blood oxygenation levels, heart rate, and blood pressure to keep an eye on patients at risk of congestive heart failure.

Over in Europe, the motorized iToilet was designed to assist elderly and disabled people to use toilets with more ease and dignity. All they have to do is send a voice command and the toilet tilts to the right height and angle, to make getting off the seat easier.

Up in space, NASA launched a new space toilet in 2020, which improves efficiency for deep space missions — keeping astronauts safe and the ISS functioning smoothly. Toilets are pushing forward space exploration, which goes to show how crucial they are on all levels.

Analyzing human waste can tell researchers and sewage engineers a lot about our wellbeing, so why shouldn’t technology focus on toilet improvements? After all, we all need to go to the toilet.

As has been discussed, toilets and sewer systems don’t always have to be ingenious and ultra-modern to have an impact, they merely have to exist. But it’s also clear to see how new toilet tech has the ability to help doctors keep an eye on their patients, and push forward innovation.

So next time your bodily functions beckon you to the throne room, you’ll know to show it plenty of respect. After all, it is keeping you safe.