How Technology and the Internet Have Changed Christmas 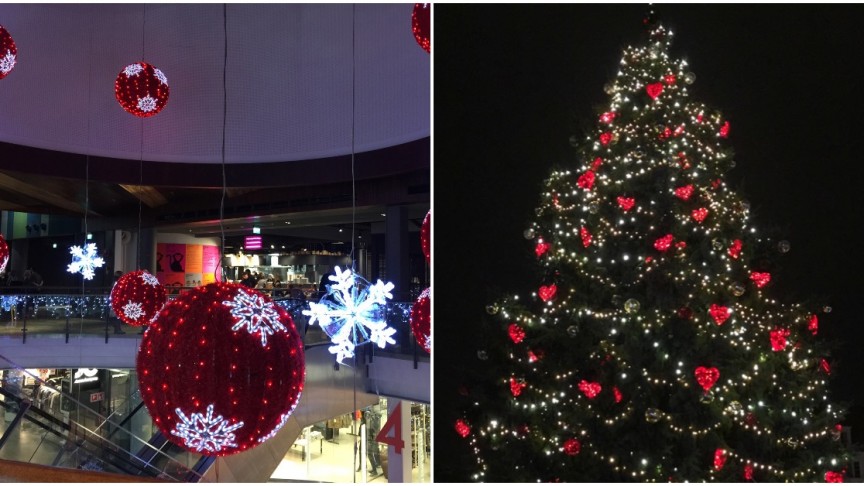 In the 19th century, Christmas was hardly celebrated. It was not before the end of the century that it became an annual celebration that started to spread around the world. Since then, transformation, adaptation, and the influence of important technological advancements have reshaped the Holiday Season.

In England, the change is attributed to Queen Victoria, who married German-born Prince Albert in 1840. Prince Albert introduced some of the most prominent aspects of Christmas along with his influence in embracing the emerging technologies that gave a push to the first Industrial Revolution.

1840 was a significant year in technological advancements. It marked the end of the mechanical age, which is known to have started in 1450. It also marked the beginning of the electromechanical era, which continued until 1940.

And finally, the first radio developed by Guglielmo Marconi was created in 1894. Thomas Edison invented the bulb also in this era, and the railways got modernized with the coming of the electric trains.

Around 1940, the first large-scale automatic digital computer in the United States was the Mark 1, created by Harvard University. In the electronic era, the time between 1940 and right now, the personal computer was developed by Apple Inc., the Apple II.

The World Wide Web (www) was invented in 1991 by computer scientist Tim Berners-Lee; this is what we still use when we open a browser.

All these technological advancements influenced and changed the way people have celebrated Christmas. However, it was the Internet what really changed everything at a much bigger scale. The Internet not only has changed Christmas but has also changed the way we gift, celebrate, and interact with each other during the holiday season.

A Christmas Carol and technology

Any Christmas would be complete without the spirit of remembering Charles Dickens’ timeless great tale, A Christmas Carol, published in 1843. Let’s playfully link the evolution of the technological advancement to Dicken’s Ghosts of Christmas Past, Present, and Yet to Come.

After all, Dickens’ novel has been credited with helping to spread the traditions of the festive season encapsulating the spirit of the Victorian Christmas. If you have not read A Christmas Carol by Charles Dickens, I urge you to read this classic of the English literature. You can get the book here.

Christmas past technology (or, the Ghost of Christmas Past)

In the past, Christmas trees were decorated with candles, gingerbread, candies, fruit, and some other handmade ornaments and small gifts. They looked beautiful, indeed. Yet, they were terribly dangerous to keep in the house.

There was a time when Christmas cards were handmade. They were decorated with little dry flowers, drawings, and other natural things such as dry leaves. They were given to friends and relatives, mostly in person. They were a gift, in many cases the only one. Queen Victoria herself made handmade Christmas cards for her family.

Giving Christmas cards to friends and family continues to be a tradition in England, and in other parts of the world. Very rarely you will see a handmade Christmas card, though.

The tradition of giving and receiving gifts has also changed by technology at different times in history. In the same way people in the past used to make their own Christmas cards, they also handmade most of the gifts they would give for Christmas.

They knitted scarves, gloves, hats, and sweaters, and handmade wooden things among other handcrafts. Not many gifts were bought in the Christmas past.

Christmas present technology (or, the Ghost of Christmas Present)

Handmade Christmas cards were replaced by commercial cards, and by e-Cards when the Internet became mainstream. Yet, another evolution on how people send Holiday Greetings is video. The video became widely used and accessible with smartphones.

The most obvious thing about how technology has changed Christmas is in consumer behavior. In-store shopping has been replaced in good part by online shopping.

In-store shopping replaced homemade gifts with all sorts of things one can buy. More recently, the Internet has made possible what many consider shopping paradise: Online shopping and next day home delivery. Christmas shopping is a few clicks away.

From the comfort of their own home people can buy all the Christmas presents they need, or do not need. There is even an option for sending a Christmas gift card by email, for those late shoppers who ran out of time.

A few clicks here and there and all Christmas shopping is done. Shopping is now easier and faster. Play some Christmas Carols on Spotify, sip some hot chocolate, and pretty much online Christmas shopping has all the traditional elements less the crowds. Christmas trees have also changed. Commercial ornaments and LED lights are now everywhere. Handmade decorations were replaced by plastic ones.

Technology gadgets are the most wanted Christmas presents expected by both adults and children. There are rarely handmade gifts, like in the past. Mobile communications made it easy to send text messages and WhatsApp friends and family around the world. Video calls make it possible for family members to join from anywhere in the world.

Twitter and Facebook have influenced the Holiday Season making it even easier to send one single greeting with a photo of the family tree nicely decorated to hundreds of people simultaneously. One click and a Christmas greeting reaches thousands, if not millions of people.

Rarely you will see personalized greetings in the Christmas present. On the bright side, postal delays from snail mail are a thing of the past. Everyone receives their digital greetings in perfect time, paper-free.

A simple Instagram update around Christmas Day is enough. This can be updated with short videos and snap pictures. Digital Christmas and instant gratification is what the Christmas present is all about.

Technology has made it possible to bring families and friends together in times when traveling is not a possible option. Video calling and chats allow families to virtually be together at the Christmas dinner table when members of the family live scattered around the world.

Technology shapes the way we share and communicate at a cultural level. Everything is tweeted, recorded, instagrammed, uploaded, shared, liked, and retweeted at a pace that leaves little room for analyzing the real meaning of it all. The day after, all is forgotten.

Christmas future technology (or, the Ghost of Christmas Yet to Come)

In terms of the technology yet to come, we can expect some more significant changes in the next few years that will also affect the Holiday Season. However, if Christmas will still be around in the long distant future is hard to tell. Perhaps one day it becomes like one of those celebrations that existed in the past but exist no more.

In the future, people will be able to send Holiday greetings as a hologram, or delivered by a robot, just like we have seen R2D2 delivering Princess Leia’s message to Obi-Wan Kenobi in Star Wars. Holiday greetings will also be sent to a personal Virtual Reality device. The technology of the future could include time travel or teleportation.

The truth is, with Artificial Intelligence advancing so fast and with the Internet of Senses (IoS) being one of the top technology trends, the Holiday Season is going to include brain-to-brain communication, some social robots assisting in cooking in preparation for the Christmas dinner, and drones flying the cities delivering Christmas gifts.

Meanwhile, somewhere, Dr. Who tries to help Mr. Scrooge understand that it is better to have a broken heart than no heart at all.

In that spirit, let’s refresh some basic human values before we get too wired up by too much technology in the Holiday Season.

Despite any change that technology may bring in the future, it is always good to remember:

Communication: The best communication is always face-to-face. Some things cannot be expressed through screens or virtual technologies. No technology can replace what one can say through the eyes when having a deep conversation with someone.

Gifts: The best gifts are invisible to the eye and do not cost anything. The gift of sharing moments with family, friends, and other dear ones cannot be wrapped in a box with a pretty red ribbon. Yet, not everyone is fortunate enough to have friends or family for the Holidays. Appreciation and gratitude for such precious gifts must be remembered in the Holiday Season.

Interesting Engineering is a participant of the Amazon Services LLC Associates Program and various other affiliate programs, and as such there might be affiliate links to the products in this article. By clicking the links and shopping at partner sites, you do not only get the materials you need but also are supporting our website.