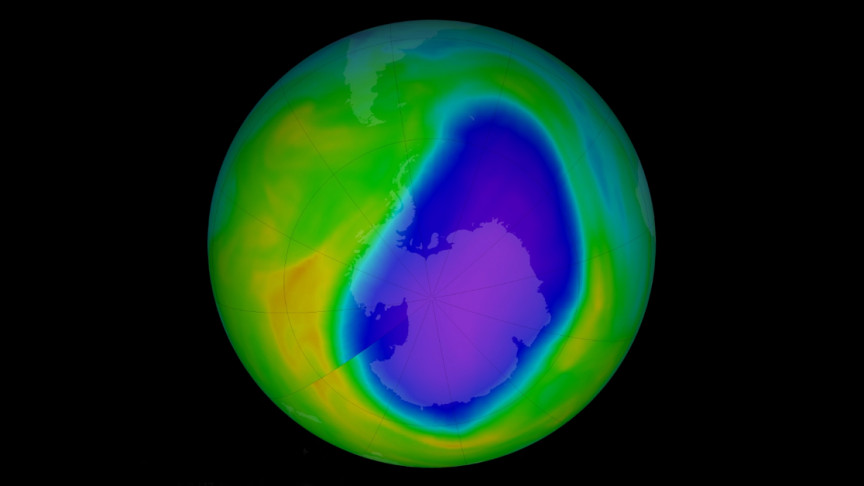 The most comprehensive assessment of the global environmental changes related to ozone depletion and ultraviolet (UV) radiation in interaction with climate change has been released by scientists from 46 research agencies around the world from the Environmental Effects Assessment Panel (EEAP) of the United Nations Environment Programme (UNEP).

The findings, presented within the framework of the Montreal Protocol and the United Nations Sustainable Development Goals, on how changes in ozone influence air quality, human health, ecosystems, technology, and for the first time, COVID-19 provide a detailed look into the good, the bad, and the ugly.

Almost 40 years ago, scientists Joe Farman, Brian Gardiner, and Jonathan Shanklin made a sobering discovery that human activities were depleting the ozone layer, and a hole had formed over Antarctica.

This was, and is, a major environmental problem since it increases the amount of UV radiation that reaches the Earth’s surface, and in turn, increases the rate of skin cancer, eye cataracts, and more. The discovery of the hole appalled the world and launched countries into, a rather slow but steady, action.

Decades later, the problem is still being investigated by scientists worldwide, and the research group at the Antarctic Division is working to understand key elements such as what’s happening with the energy balance of the Earth and in the stratosphere and what changes the ozone hole is bringing about.

Atmospheric physicist Dr. Andrew Klekociuk, co-author from the Australian Antarctic Division, states, “We are also trying to improve weather and climate simulations to get better accuracy and more understanding of what’s to come.”

The study has some good news. One of the key findings shows that the Montreal Protocol, which is a global agreement finalized in 1887 to protect the ozone layer by eliminating the production and consumption of ozone-depleting substances, is successfully healing the ozone layer and helping decrease global warming.

The researchers state that approximately 25 percent of the global warming that was predicted to occur by 2050 will be avoided with the continued control of these gases.

Moreover, the damaging solar ultraviolet radiation over Antarctica was among the lowest measured in 2019. The researchers say the reason for this was the spring-time Antarctic ozone hole being unusually small due to the severe climate events happening in the Southern Hemisphere.

The growth of the ozone hole has shifted wind streams over the Southern Ocean in summer and caused drier conditions in Chile and wetter conditions in northern Australia. The researchers wrote that, as ozone has started to recover, these wind changes have stabilized or slightly reversed.

However, the climate is changing quite rapidly. “We’re seeing evidence of large variability in the Southern Hemisphere, for example, Australian bushfires and Antarctic heatwaves last summer,” Dr. Klekociuk says.

One of the key findings showed that the processes behind the unusually small ozone layer of 2019 intensified the wildfires of Australia and possibly increased the heat waves in Antarctica.

The researchers wrote that the new record temperatures in parts of East Antarctica and the Antarctic Peninsula will possibly affect ecosystems by draining water reserves and causing heat stress.

On another note, the assessment had chapters focusing on COVID-19 for the first time. Since the SARS-CoV-2 virus, which causes COVID-19, can be inactivated by solar UV radiation, and the Montreal Protocol has prevented the latter’s increase, the link between the two was researched by the researchers.