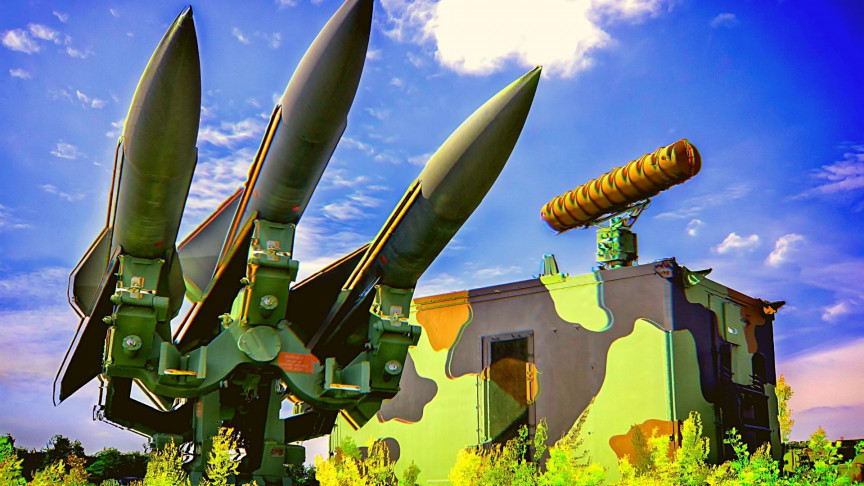 Both sides of the struggle between Palestine and Israel, both sides have used rocket attacks. A Tuesday video on social media displayed the interception of rockets fired from Gaza by Israel’s Iron Dome air defense system, and to some, they looked like an invisible shield in the air.

While there’s nothing science fiction about Israel’s military technology (much of it is from or funded by the U.S.), it is highly effective. But how does it work?

The Iron Dome is a short-range ground-to-air defense system that uses radar and Tamir interceptor missiles to track and neutralize all rockets entering its defensive zone. This includes not only rockets, but artillery and mortars (C-RAM), helicopters, jet aircraft, and even unmanned aerial vehicles (drones).

The history of this technology stretches back to the country’s 2006 war with neighboring Lebanon, during which Hezbollah fired thousands of rockets toward Israel. The next year, Israel declared its state-run Rafael Advance Systems would develop new air defense systems to shield its cities from attack, and this project moved forward with the company Israel Aerospace Industries. Eventually deployed in 2011, the Iron Dome is said to maintain a success rate of 90% — through the course of more than 2,000 interceptions (the figure is debatable, but experts agree more than 80% is accurate). Rafael Advance Systems’ website claims it capably protects “deployed and maneuvering forces, as well as the Forward Operating Base (FOB) and urban areas, against a wide range of indirect and aerial threats”.

Three main systems collaborate to make the Iron Dome block rockets coming its way. Yes, plural: it can destroy multiple targets at once. The system can detect and track targets via radar, in addition to a battle management and weapon control system (BMC), and even fires its own missiles via a firing unit. The system was designed to function in all weather conditions, with or without daylight.

A Retired Indian Air Marshal named Anil Chopra who runs the Center for Air Power Studies (CAPS) think tank in New Delhi said air defense systems are reducible to two primary elements: “One is the radar, which should have the capability to see small objects, and be able to accurately track it,” according to an Indian Express report. Two or three air radars are typical in air defense systems capable of finding and tracking potential targets. “When you launch the weapon, it is the tracking radar that will help the weapon reach there.” Once it’s identified in the defense system, “the weapon’s own head will take over.”

Military and defense technology is advancing into the future for many countries. In April, it was revealed that Russia is testing a new kind of torpedo capable of unleashing “radioactive tsunamis” on coastal cities. Last September, India reportedly tested its first hypersonic scramjet vehicle, potentially joining a short list of world powers possessing the technology. In the past, military technology has paved (or paid) the way for advanced scientific research — namely, the Apollo missions to the moon. Perhaps one day a “missile defense system” could be drastically expanded to protect the entire planet from wayward asteroids posing a threat to civilization.