How Gravity Works: The Possibility of Artificial Gravity 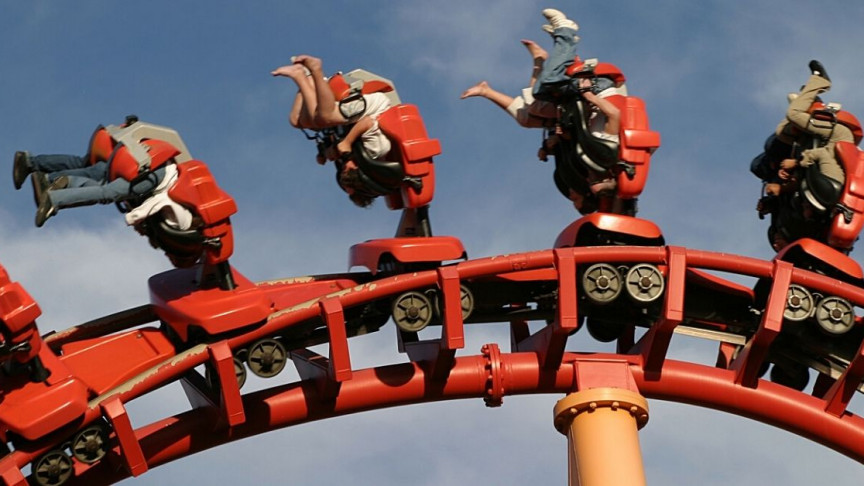 We experience gravity every single living moment of our lives without ever really thinking about it. But what is it, and do we thoroughly understand it?

Here we briefly explore our current understanding of gravity and investigate whether we could ever artificially create it in space.

How does gravity work on Earth?

“What goes up must come down,” as the famous adage goes. But why? What’s going on, and what causes gravity?

Though we have only really started to understand what it is, the phenomenon has been pondered for millennia.

Greek philosophers, for example, once thought that the planets and stars were parts of the realm of the gods. By their estimation, they were subject to what they called “natural motion“.

While they didn’t develop the concept much beyond that, their explanation would remain predominant in western thought until the work of Galileo and Brahe in the 16th Century.

Their work would help spark a revolution in our understanding of gravity, and would profoundly influence the work of Isaac Newton.

Gravity, as Newton posited, is the force that keeps the Earth in orbit around the Sun.  As you may remember from your days in school, gravity tends to be defined as:

“The force by which a planet or other body draws objects toward its center. The force of gravity keeps all of the planets in orbit around the sun.” – NASA.

In other words, anything with mass exerts a force on any other thing with mass and has a force exerted on it. The greater the mass of the objects and the shorter the distance between them, the stronger the pull of the gravitational forces they exert on each other.

Whenever you jump up in the air, accidentally knock something off a table or throw a ball in the park for your dog to catch, you intuitively know the consequences of your actions. They all return, eventually, to the ground.

Einstein would later provide a very different explanation than Newton for gravity. According to his theories, gravity is a result of curvature in space-time. The mass of an object causes the space around it to essentially bend and curve.  This distorts the path that objects (and light) have to traverse, creating the effect we call gravity.

In effect, any object ‘caught’ in another celestial body’s gravity is affected because the space it is moving through is curved toward that object.

Einstein also introduced the concept of the “equivalence principle.” This states that gravitational and inertial forces are of a similar nature and often indistinguishable.

To illustrate this, imagine you were in a rocket ship with no windows, unable to view the outside universe from your surroundings. In this case, it would be impossible to tell if the downward force you feel as gravity is a real force or the consequence of the rocket accelerating in a particular direction.

Do we completely understand gravity? Put simply, yes, and also no. While it is one of the most widely studied natural phenomena in the universe, we still don’t really understand it.

As we have seen, Isaac Newton and Einstein made significant progress in helping understand gravity, but we are still not entirely sure what it is, or if it is actually a thing at all.

According to Einstein, gravity is more of a consequence of the bending of space-time than a true force in its own right.

What we do know, is that bodies with mass are attracted to one another. This “force” is distance-dependent and weakens the further away the bodies are.

It is also a measurable phenomenon and is one of the weakest forces in nature. Think about your average fridge magnet, for example. These are easily able to defy the pull of gravity from something as massive as the Earth. You are also able to escape gravity’s effects, albeit temporarily,  simply by jumping.

But this relationship seems to break down completely at the quantum level. It just doesn’t seem to fit, and we don’t know why.

This is one of the biggest issues in physics today. Many physicists hope to one day create a unified theory of macro and quantum physics that will help explain what is going on.

How does gravity help us?

Gravity is one of the most fundamental forces in the universe. Arguments about how it works aside, whatever gravity is, it is a very important element for life on our planet.

Gravity is the reason objects on Earth have weight and do not simply float off into space. If you were to live on a planet with less mass, you would weigh less and be able to jump much higher.

Gravity also keeps the Earth within the so-called “Goldilocks Zone” – the distance from our Sun where water can exist in liquid form. This just so happens to be vital for life.

Gravity also helps keep Earth’s atmosphere in place, providing air for us to breathe. Mars, for example, is less than half Earth’s size and around one-tenth Earth’s mass. Less mass means less gravitational pull, and in fact, Mars’ atmosphere is only about 1/100th as dense as Earth’s.

Gravity also plays a part in keeping our planet together. Gravity is also what keeps the moon in orbit around Earth. The gravitational pull of the moon pulls the seas towards it, causing the ocean tides.

We know this because of two NASA spacecraft and their Gravity Recovery and Climate Experiment (GRACE) mission.

According to NASA, the GRACE mission “detects tiny changes in gravity over time. These changes have revealed important details about our planet. For example, GRACE monitors changes in sea level and can detect changes in Earth’s crust brought on by earthquakes.”

Can gravity be created?

As we have already seen, Einstein proposed that gravity is actually a consequence of the distortion of space-time caused by different bodies. For this reason, it should be possible to develop artificial gravity, at least in the void of space.

What is needed is to provide a means of acceleration in one direction that should, according to Einstein, produce an effect similar to gravity. This can be done through linear acceleration, like a rocket, or through angular momentum, i.e. centripetal effect or acceleration.

This is a common theme in many sci-fi books and films. Think of the rotating spacecraft in 2001: A Space Odyssey, for example.

So long as the ship is large enough, it should be able to produce a force on its occupants that would be almost indistinguishable from gravity on Earth. It wouldn’t be exactly the same, though, because large Coriolis forces would also be present, and things would fall in curves instead of straight lines.

This also has some inherent problems. The faster something is accelerating, the greater the gravitational pull, or g-forces, on the occupants.

This is not a problem for stationary craft, like a space station, but for ships that would need to travel long distances at high acceleration, it could prove catastrophic for the crew.

If the craft were to travel at only a small fraction of the speed of light, the crew would likely experience something in excess of 4,000 gs. That is, according to an article in Forbes, more than 100 times the acceleration needed to prevent blood flow in your body – – probably not ideal.

It has been hypothesized that this can be gotten around by using electromagnets and conductive “floors” in ships, but you’d still have the problem of a “downward” force. There is likely no means of “shielding” the crew from the effects of gravity at high velocities in space.

The only way to deal with this in the future may be to develop some form of negative, or anti-gravitational, field. However, like all matter, we have at least some positive mass, so we would need a way to create a negative gravitational mass.

This is exactly what is being worked on at the ALPHA experiment at CERN. Researchers, there are working with trapped antihydrogen atoms, the antimatter counterpart of hydrogen.

By precise comparisons of hydrogen and antihydrogen, the experiment hopes to study fundamental symmetries between matter and antimatter. Ultimately, this could lead to the measurement of the gravitational acceleration of antimatter.

If it is found that antimatter accelerates, in the presence of the gravitational field on the surface of Earth, at a negative value (e.g. a value other than +9.8 m/s2), this would theoretically allow the construction of a gravitational conductor to shield ourselves from the gravitational force.

If successful, this could also open the door for a gravitational capacitor to create a uniform artificial gravity field. It could even, in theory, allow the creation of a “warp drive” – a way to deform spacetime.

However, until we can discover a particle or set of particles, that have negative gravitational mass, artificial gravity will only be possible through mechanical means, like acceleration, etc.