How Fast Is Your Internet Connection…Really? Software Reviews 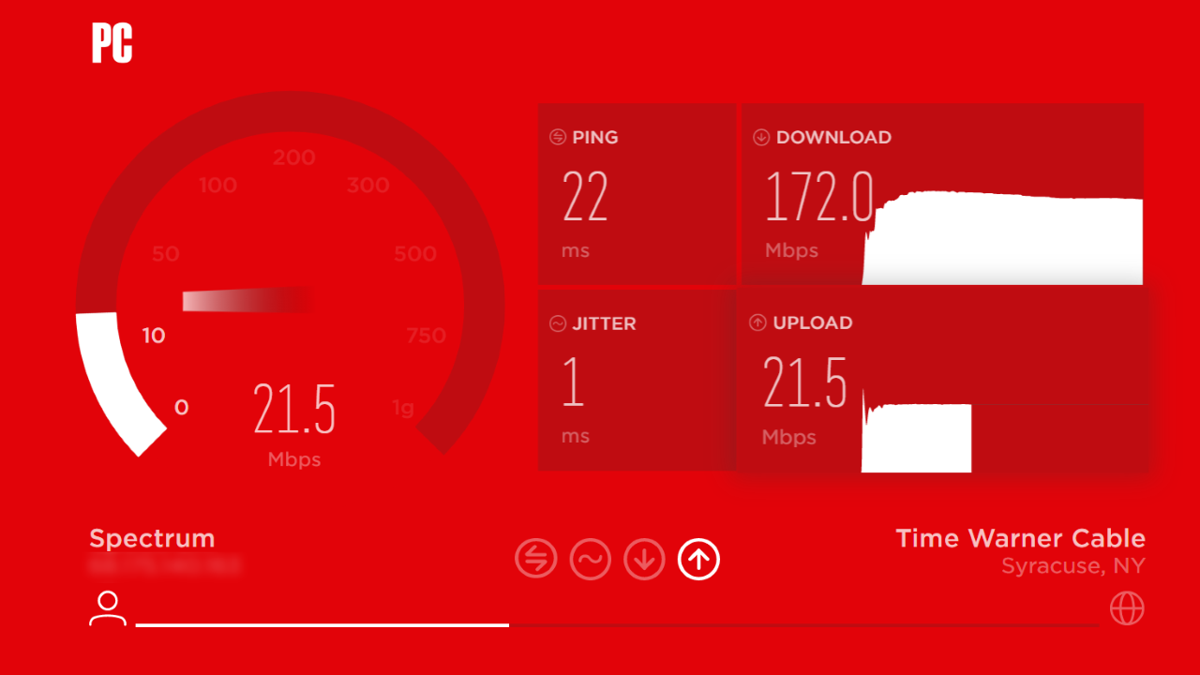 The speed of your broadband (always-on, high-capacity, wide-bandwidth) internet connection has never been more critical. It’s the pipe that connects your computers, tablets, handhelds, even your entertainment systems and home automation tools, to the outside world—and to each other. Your connection must handle content that is critical for work, play, and keeping in touch. It has to back your modern-day communications, from simple text up to voice calls and even video conferencing. And don’t forget gaming: without the internet, your gaming would be almost entirely lonely, single-player action. All that requires the best speeds.

Internet service providers (ISPs), the companies that bring the high-speed broadband connections to your doorstep, have increased speeds in the last few years. The Federal Communications Commission (FCC) re-defined broadband in 2015 to mean a minimum download speed of 25Mbps—up from the former defining speed, a measly 4Mbps (it also went from 1Mbps upload to 3Mbps upload as part of the change).

The FCC is (or at least it was) doing what it can to increase speeds for everyone, despite pushback from senators who want to see lower speeds qualify as broadband—mostly because it makes the country look bad to have so many households that don’t have internet that’s up to that standard. Competition is helping even more. Local ISPs (and some unique players, like Google) have pushed big-name companies to raise speeds while keeping costs affordable. There are entire cities now that can claim gigabit internet status—ISPs there offer connections of 1 gigabit per second (Gbps) or more. That’s 1,000 times better than 1Mbps speed, and 40 times what the FCC even defines as broadband for the United States. (Advocates want the FCC to move the definition again, up to 100Mbps, but no dice so far.)

ISPs are making increases with a mix of technology, mostly fiber optic lines, plus increased speeds via cable connections. In fact, with the DOCSIS 3.0 standard that most cable companies use on their equipment it’s entirely possible to provide gigabit internet with a little work. The new tech could take speeds as high as 2Gbps (don’t expect that without paying a hefty price tag). Despite the competition and the claims, the average speeds in the US are not even close to the averages seen in many other nations. We typically fall well behind.

Plus, just because a big-name ISP or even a tiny local provider says you’re getting a certain level of throughput, can you trust that you’re getting what you pay for?

Every year, PCMag examines the Fastest ISPs in the US and Canada with data provided by our readers. To measure it, we use our own PCMag Speed Test. Put your connection to the test right now—click GO below. Visit as often as you like. Share it with friends. The more, the merrier. (Turn off your VPN and any streaming activity for the most accurate results.)

We’ll use that data to compare and contrast not only download speed but also factor in upload speed in a formula we call the PCMag Internet Speed Index: a quantifiable number that directly pits ISP against ISP. We’ll look at it nationwide, state by state, and in some cases even at the local level. Either way, should your ISP get enough tests in the mix, we’ll see where it stands.

So what are you waiting for? Take the PCMag Speed Test! Get the information you need, and provide us with the data to help your fellow PCMag readers in the future.