How Do They Design LEGO Kits? 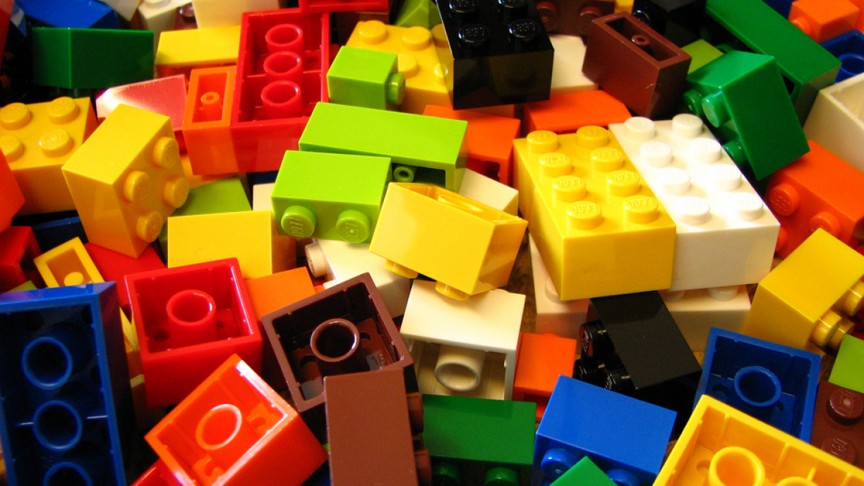 LEGO has had a long and illustrious history and has brought joy to children, young and old, for many decades. Their model kits are much-loved the world over and we’d be very surprised if you didn’t have a few at home.

But have you ever wondered how LEGO set designs are achieved? Yes, so have we.

Join us as we explore, briefly, the rise of LEGO and follow one of their model kit series from concept through to mass production.

We love LEGO here at Interesting Engineering, so we’d like to take this opportunity to thank them for enriching our childhoods.

What does LEGO actually mean?

LEGO is actually an abbreviation of the two Danish words “leg” and “godt” which loosely translated to English means “play well”. According to LEGO, it’s their name and their ideal which was officially adopted in 1934.

They later noticed that the term also means “I put together” in Latin (legō), which is very fortunate.

The evolution of LEGO

Ole Kirk Kristiansen was a master carpenter and joiner who founded a business in the village of Billund, Denmark in 1932. He initially started building stepladders, ironing boards, and stools.

When he began having trouble sourcing enough wood to make these products, Kristiansen decided to change tactics and try and make wooden toys for children instead.

Kristiansen continued to grow the business and in 1946 decided to invest in new technology, plastic injection molding. This was seen as a little crazy at the time.

Critics noted that children would never want plastic toys, instead, they preferred and loved wooden ones. Ignoring the critics, he decided to experiment with making blocks that were initially stackable rather than the inter-lockable ones we love today.

In 1949, LEGO produced around 200 different plastic and wooden toys. These included the Automatic Binding Bricks which were the direct forerunners to modern bricks.

These were initially sold in Denmark exclusively. In the early 1950’s LEGO officially called these “LEGO Mursten” or LEGO bricks and succeeded in acquiring a trademark for them. They were later patented in 1958. 1960 saw a devastating fire in their wooden toy warehouse and LEGO stopped building them altogether afterward.

Ever since, LEGO has continued to innovate and add new design LEGO kits and blocks all around the world.

If you would like to know more, you can view their entire history here.

Rather than giving a generalized overview, it might be worth actually following one particular series of kits from inception through to marketing. To this end, the following is based on a series of videos as part of the marketing for the “Cars” concept and design LEGO kits.

LEGO kits begin life, as a big pile of loose bricks, or “elements,” as LEGO prefers to refer to them. The designers get to plunder the “vaults,” or stores, where all currently available elements are stored and cataloged. These even have handy reference displays at the end of each aisle for ease of reference.

Once designers have got a good stock of pieces to work with, they begin to experiment with them to get a rough model of the intended final product.

They may get lucky and be able to assemble the model from the existing pieces. If not, they’ll need to have some new pieces specially made.

Some sources seem to indicate that this should be the last resort in order to keep the production of the kit costs, and therefore shelf price, as low as possible. New pieces could mean anything from simply changing the color of an existing element to of course a completely new design.

Other considerations include trying to keep a balance within an existing theme and look (Star Wars, Pirates, etc) as well as the number of blocks per kit, and age group they are targeting.

New elements are first hand-drawn and then translated into 3D on CAD programs. Here the designers play around with texture, color, and finish.

Once LEGO designers are happy, the designs are sent to print in their prototypes lab.

In recent years, they have begun implementing a 3D printer.

Once printed, they are washed and dried, and then they need to be painted and decorated if needed.

Decals, if needed, are also designed and printed as stickers ready for applying to the new element. The designers experiment with colors and details until they get the closest fit to what they are trying to emulate.

Once happy with the basic design, and new elements and decals have been created, the kit is ready for test production. Elements are printed with decorations which are stamped on, rather than using stickers (though not always) in a fully automated manufacturing process at LEGO’s production plants.

Once the kit is finalized, there is one missing piece in the final kit. As everyone knows, each and every LEGO kit comes complete with its very own set of easy-to-follow instructions.

Like other parts of the process, these are designed on a computer. This process isn’t always foolproof, however.

The instructions are also tested to ensure they capture all the necessary steps involved in building the final model. Errors can occur, as you’d expect, and constant communication is made between team members to constantly amend and refine the instructions.

Generally, this is a very professional process, but you can’t blame the designers for having a little playtime with the models. After all, they are toys. So they need to be fun, right?

As with all toys, new design LEGO kits need to pass the highest quality assurants — children. This process includes using child testers to give their views on how easy to follow the instructions are, and if the final model is fit for purpose.

Minor tweaks and refinements are made constantly until the kit is finally ready for mass production, packaging, and marketing.

And that is a wrap ladies and gentlemen.