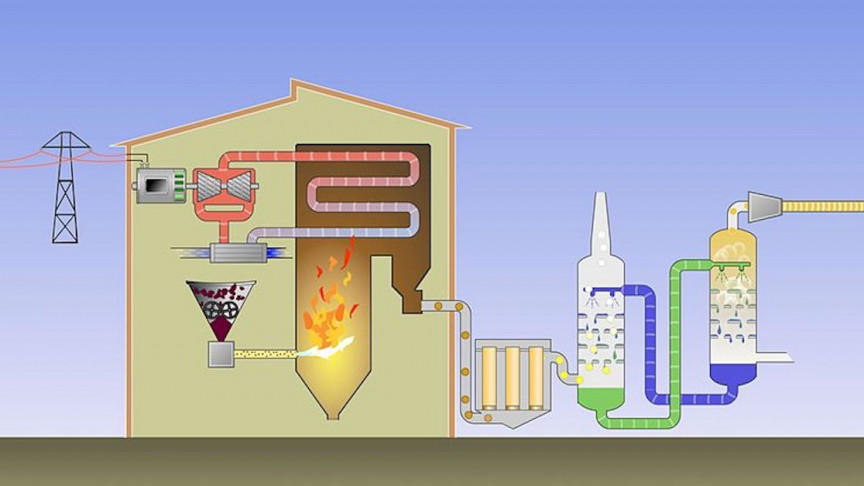 As the world continues to warm and carbon dioxide continues to be emitted at record rates globally, a larger discussion is forming about not just ways to prevent future pollution, but also ways to remove or eliminate emissions that are already in the air.

While curbing greenhouse gas emissions has become a key goal for a large number of countries around the world, there’s no ignoring the fact that climate change is already here, and already causing disruption and disaster in many places. Researchers around the world are developing new processes to help reduce the amount of emissions that are released into the atmosphere, this process is known as carbon capture.

Carbon dioxide gas is naturally present in the atmosphere, and plays several important roles in the environment. It is a greenhouse gas which traps heat in the atmosphere, it plays a role in the weathering of rocks, and it is a source of carbon for plants, and necessary for photosynthesis.

Without the greenhouse effect, the oceans would be frozen solid, and the earth would be too cool for life as we know it to form. However, when carbon dioxide is overabundant in our atmoshpere, it can trap too much heat and cause the atmosphere to warm up too much.

This is exactly the situation we are seeing now as human activity adds larger amounts of carbon dioxide to the atmosphere. We put more up there than the natural carbon cycling processes can handle.

But there is some hope that carbon capture technology can help to remove some of this excess CO2 — theoretically.

What is carbon capture technology?

Carbon capture and storage (or sequestration) technology is the process of capturing waste CO2 from the air and storing it in a way that prevents it from re-entering the atmosphere. That definition may seem a bit vague, but that is because there are a wide variety of methods that are being explored.

Once the carbon is captured, there are essentially two options: store it in a place where it can’t ever pollute again, or transform it into something useful.

Focusing on the latter, captured carbon dioxide can be used to produce plastics, carbonate drinks, or even grow plants!

But there is not as much demand for captured carbon dioxide as there is supply, so the bulk of carbon capture technologies focus on sequestration –  putting the carbon somewhere where it can’t contribute to the climate crisis. One of the most common ways to do this is to pump it deep into the earth, in underground reservoirs, where it will not enter the atmosphere for a very long time – potentially for thousands of years. After all, this is where most carbon gases and carbon products like oil and natural gas originate from in the first place.

A term to keep in mind with carbon capture is that of CCUS. It stands for Carbon Capture, Utilization, and Storage. CCUS is utilized as a designator for projects that implement carbon capture technology.

As of right now, there are a number of CCUS projects in progress globally, but there are only about 50 commercial ones currently in the works, as the technology is still in its early phases.

These projects are a growing necessity. If implemented properly, these projects are estimated to reduce carbon emissions globally by about a fifth, and reduce the cost of fighting the climate crisis by 70 percent. Those are some serious numbers.

How does carbon capture technology work?

Carbon capture technology is not as new as you might think. The core technologies have actually been around for some time now, and have been utilized as a way to make recovery of oil and natural gas more efficient.

In order to capture and sequester carbon dioxide, scientists and engineers have focused on three core areas.

1. Trap and separate the carbon dioxide from other gases

2. Transport the carbon dioxide to a storage location

The trapping and separation process is the bulk of where the innovation in the carbon capture technology occurs. Focusing on one of the use-cases of carbon capture, removing carbon from power plant emissions, the carbon can be captured in a few different ways. It can be caught before the carbon fuel is burned, after burning, or even during burning.

One method for post-combustion carbon capture simply uses a filter to absorb carbon dioxide from the waste gases. This filter contains a solvent that can be heated after it has captured CO2, leaving behind concentrated CO2 steam.

This method is effective and can remove up to 90 percent of carbon dioxide from some sources of emission. However, because the end result is gaseous CO2, this method can be costly, as the gas has to then be compressed for shipping and sequestration.

RELATED: SCIENTIST BELIEVE CARBON CAPTURE TECHNOLOGY WILL BE ESSENTIAL BY 2030

In pre-combustion carbon capture, special protocols are used in the burning of fossil fuels which separate out the carbon gas emissions pre-combustion. The fossil fuels are heated in a pure oxygen environment, which produces a mix of carbon monoxide and hydrogen gas. These waste gases then flow through a catalytic converter, chemically transforming them into carbon dioxide and hydrogen gas. A chemical called amine is mixed with this gas mixture, which binds to the carbon dioxide. This amine-CO2 mixture sinks to the bottom of tanks while the hydrogen gas rises to the top, where it then be piped out. After the hydrogen is removed, the amine-mixture is heated, causing the carbon dioxide to separate and rise to the top of the tanks for extraction.

This process also collects hydrogen gas, which is also useful for its own purposes.

However, it is very difficult to retrofit existing plants for precombustion, so this method is much more feasible if the equipment needed is purpose-built into the plant design. When it is implemented properly, though, it is a relatively cheap method for carbon capture, and can filter out up to 90 percent of carbon emissions.

There is also oxy-fuel combustion carbon capture. In this process, fossil fuel is burned in the presence of oxygen, creating a mixture of steam and carbon dioxide gas. This mixture is then cooled, causing the steam to condense back into water while the CO2 remains gaseous, which allows it to be easily removed.

There are also other carbon capture techniques used outside of power plants. For example, there are carbon capture filters that push air through basaltic minerals that bind with carbon dioxide to create a mineral-CO2 slurry. The slurry can then be pumped deep into the earth for storage.

There are also direct air carbon capture filters which push atmospheric air over chemicals that react and bind to the CO2. This system has the benefit of being able to remove carbon from the air nearly anywhere, not just at fossil fuel plants.

In most cases, the resultant captured carbon is pumped deep into the earth for storage as it’s not needed again and the ultimate goal is to prevent it from polluting the atmosphere.

This pumping of carbon dioxide gas and carbon-containing compounds into the earth brings the carbon full circle. From where it was once pumped out by natural gas and oil companies, burned into a gas, and now, returning after being captured by CCUS projects.

However, carbon dioxide isn’t always just pumped into the ground for eternity, in fact, sometimes it’s used to make beer and chips. The chip company Walkers has partnered with British breweries to capture the carbon dioxide from the fermentation process. This carbon dioxide is then mixed with potato waste to create a fertilizer to grow new potato crops, which can then be used to make new chips. It’s an innovative method of putting the carbon to good use and highlights one way that carbon is naturally filtered out of the atmosphere by plants.

Together with other types of greenhouse gas mitigation project, there is hope that carbon capture and storage projects will help to make the future of the world’s atmosphere a little more bright.