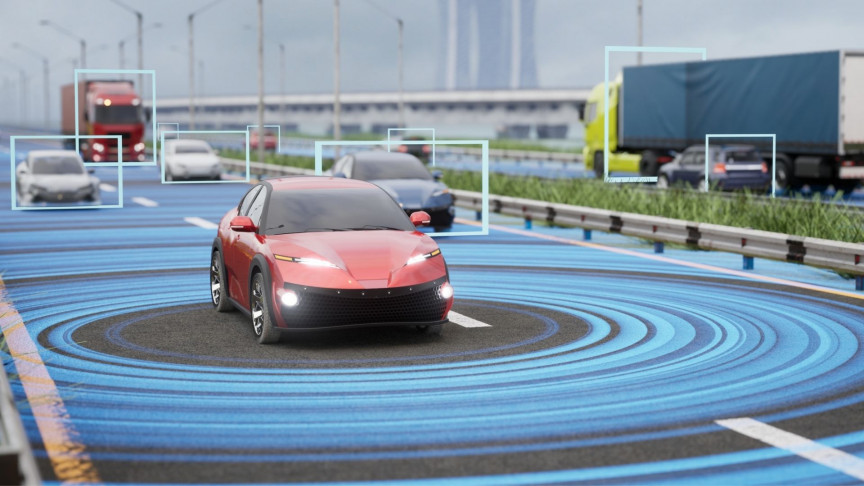 A team of engineers from the University of Texas at Austin and the University of Virginia developed a first-of-its-kind light detecting device that rapidly amplifies weak signals bouncing off of faraway objects.

In doing so, it could massively improve the vision of self-driving cars, robots, and digital mapping technologies. The workings of their new device are outlined in the journal Nature Photonics.

The engineers developed an avalanche photodiode with a staircase-like alignment that helps to amplify the electrical current for light detection. The pixel-sized device is ideal for Light Detection and Ranging (LiDAR) receivers used in self-driving cars, robotics, and surveillance, the researchers explained in their study.

In their study, the team explained that the new device is more sensitive than existing light detectors, allowing it to create, as an example, a more comprehensive picture for a car’s onboard computers. The device also eliminates inconsistencies, also known as noise, typically associated with the self-driving detection process, meaning it could make autonomous vehicles safer.

The new device, essentially, is a physical flight of stairs designed to exploit the photoelectric effect — the electrons are like marbles that roll down the stairs, crashing into each other and releasing enough energy to free another electron. Every step, therefore, doubles the number of electrons.

This consistent multiplication of electrons makes the signal from the device more stable and dependable, even in low light conditions, the researchers explained.

“The less random the multiplication is, the weaker the signals you can pick out from the background,” Seth Bank, professor in the Cockrell School’s Department of Electrical and Computer Engineering, explained in a press statement. “For example, that could allow you to look out to greater distances with a laser radar system for autonomous vehicles.”

The researchers also explained that today’s technology is much better suited to deliver on the great promise of the avalanche photodiode, which was invented in the 1980s by Federico Capasso.

Their device, for example, can operate at room temperature, unlike the most sensitive commercially available light detectors, which have to be maintained at temperatures hundreds of degrees below zero.

The engineers plan to combine their work on their new device with an avalanche photodiode they built last year specifically for near-infrared light. They explained that this device could be used for incredibly accurate fiber-optic communications and thermal imaging.

Interestingly, while most research into self-driving car sensors is aimed at improving LiDAR technology, a team from Princeton University recently proposed a doppler radar system that overcomes LiDAR limitations and would allow autonomous vehicles to see around corners.

Of course, it’s not just self-driving cars that could benefit from these new technologies. LiDAR technology gives eVTOL aircraft sight, it can map entire off-world terrains, and it also allows robots such as Boston Dynamics’ Spot to navigate their surroundings. Improvements in this field have a cascading effect throughout the technology sector, much like the electrons rolling down the new staircase avalanche photodiode.