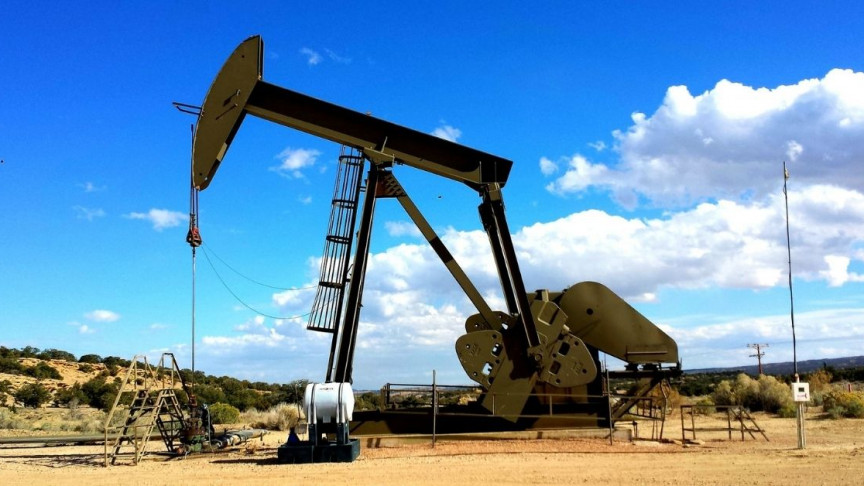 The salary for petroleum engineers has always been one of the highest engineering salaries, according to reports by PayScale and Glassdoor, and averages within the six figures per year.

Some of the biggest factors that affect salaries for petroleum engineers are the experience level, the previous employer, and location. Especially because a lot of the positions are located far outside of large metropolitan areas, and not everyone is up for that challenges of living away from their families, and not everyone is willing to work in the often hot and harsh climates of the worksites, or of worksites that lack many everyday comforts.

Petroleum engineering is a field that focuses on the assessment of recoverable amounts of petroleum resources, using detailed evaluations of the location and properties of underground gas, oil, and water.

Petroleum engineers are concerned with many of the activities that are connected with the production of hydrocarbons, including crude oil and natural gas.

Most of them work hand in hand with geotechnical engineers and earth scientists in exploring the available oil and gas resources. With their combined efforts, they determine the best way to access and pump these resources.

Petroleum engineers are also responsible for researching and understanding the interaction between related fields like geology, geophysics, and petroleum production. They need to know how to evaluate geological formations, artificial lift systems, construction of facilities for oil and gas drilling, economics, reservoir simulation, and the design of wells.

Before we dig deeper into details about the salaries and top three career paths for a petroleum engineer, let’s learn more about the job description.

Some of the petroleum engineers’ primary roles and daily responsibilities are to oversee how production is carried out, and what methods should be used for retrieving natural gas and oil from various types of reservoirs, including underground sources.

Most petroleum engineers work for oil companies, while others also work at universities or research facilities focused on developing new products or new methodologies for better extraction or production of oil-derived products.

Also, part of their task is to design the drilling, pumping, and storing equipment, as well as some of the automated machinery and data acquisition instruments that enable the performance of routine tasks related to drilling.

For those petroleum engineers working at drilling sites, they mainly oversee the building and operation of subterranean drills, oil derricks, and other automated equipment, as well as the instrumentation needed. After a well is established, a petroleum engineer might also work to find methods of improving oil and gas production.

A petroleum engineer also designs and modifies project management tools and methods, if needed, to keep the project on time and within budget. That is not all, however. Engineers are also expected to work a lot in the field; some even work at the sea on drilling ships or platforms. The job also often requires some management skills.

Petroleum engineers are also responsible for maintaining and designing oil pipelines, as well as some aspects of logistics or transportation of equipment. These petroleum engineers work for oil storage companies.

One of their main tasks is to create a method to improve oil and gas production and identify the need for new tools to design or modify existing plans.

Let’s now go into detail about the top 3 jobs for earning the highest petroleum engineers’ salaries.

Completion engineers are responsible for selecting the equipment that will best suit the drilling site in order to achieve the best possible extraction and production rates. They work closely with Drilling Engineers. They are also responsible for well testing, modeling completion performance, and performing stimulation technologies, such as fracking.

If you are interested in a job in completion engineering or getting an advanced degree in this subject, you will likely need to complete prerequisites in mathematics, geology, physics, and chemistry.

Drilling Engineers are those who determine the best way to drill oil and gas wells. They take into account a significant range of factors and costs. Ensuring the safety and efficiency of the drilling process, as well as minimizing the disruption to the environment, are their main concerns.

They design and implement procedures for drilling wells safely and economically. They work closely with the contractors to ensure the health and safety of the workers, personnel, and the environment. They design well programs, casing strings, cementing plans, directional drilling projects, drilling fluid programs, drill strings, and drill bit programs.

They also specify the equipment, material, technology, ratings, and grade to be used for drilling, so as to provide technical support, and they then audit the drilling process. They also perform cost estimates and analysis and develop contracts with vendors.

Although they are petroleum engineers, drilling engineers may come from other technical disciplines, like mechanical engineering, manufacturing, or geology, and may have been trained by an oil and gas company. They may also have experience as rig hands, mud-loggers, or mud engineers.

Drilling engineering requires a university degree in petroleum engineering or a closely related major. Having a license in all states, and at least five to seven years of experience in drilling operations is required for those who want to earn high salaries.

According to available data, the estimated median salary for a drilling engineer ranges from $92k – $160k annually, with an average salary of $114k per year, making it the 2nd highest petroleum engineer salary.

Production engineers take over a project once the well has been completed. They are responsible for monitoring the well, as well as supervising the oil and gas production. If the wells are not performing as they should be, the production engineer figures out ways to improve performance.

They are also responsible for the designing and selection of subsurface equipment to produce oil and gas well fluids. They may also design the equipment for the extraction. They develop ways to inject water, chemicals, gasses, or steam into an oil reserve to force out more oil.

They develop plans to drill in oil and gas fields, evaluate the production of wells, connect a larger area of oil and gas deposits to a single well, and make sure that the oil field equipment is installed, maintained, and operating properly.

Those who search for employment as production engineers have to be prepared to work full time and often far more than 40 hours per week, especially when going to the drilling site. However, they get a nice pay for their services.

For an entry-level petroleum engineering job, one requirement is a bachelor’s degree, which includes classes, lab work, and field studies in areas such as engineering principles, geology, and thermodynamics.

The annual salary for a production engineer ranges from $48k to $110k per year, depending on experience, education, state, and employer. The highest salary I have seen was $114k per year, making it the 3rd highest petroleum engineer salary. However, a company may offer you an even higher wage, depending on the current market.

If you are still on the fence whether this engineering field is the right career path for you, please consider reading these inspiring success stories of petroleum engineers.  You can also find more resources on this as well as other engineering career paths, by referring to the U.S. Bureau of Labor Statistics.