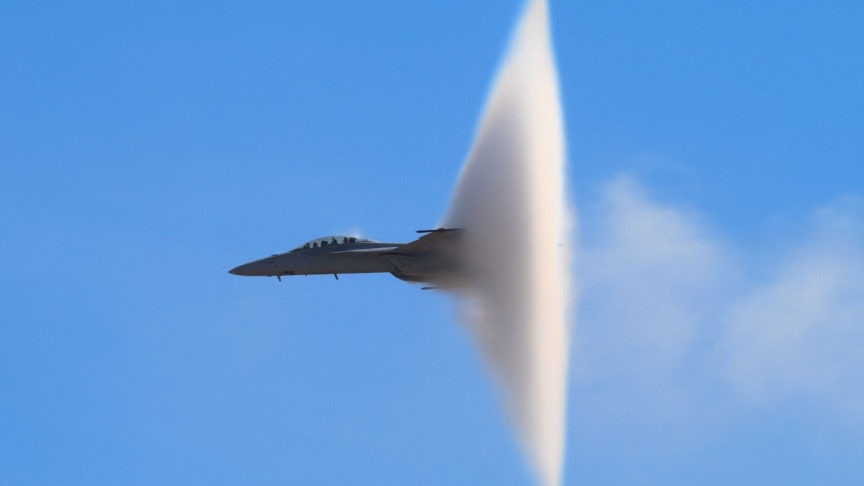 We humans have a wonderful ability to keep developing, innovating, and engineering bigger, better, and faster contraptions. Close to Earth, we’ve been soaring through the skies in airplanes since 1903 thanks to the Wright brothers, and we’ve been launching spacecraft into space since 1957 when the Soviet Union rocketed the Sputnik satellite above our heads.

So why not try even further, and even faster using less energy and fuel? How does a flight from New York to Los Angeles in a mere 30 minutes instead of six hours spent sitting next to a stranger in cramped conditions sound? This may soon be possible thanks to a team of engineers from the University of Central Florida.

The team discovered a way of stabilizing detonation for hypersonic propulsion by creating a hypersonic reaction chamber for jet propulsions.

This breakthrough allows for a potential way to develop, and integrate ultra-high-speed detonation technology that allows for hypersonic propulsion, and advanced power systems, as the team explained in its study published in the journal Proceedings of the National Academy of Sciences.

They’re not the only ones working on such technology. For example, in late 2020 China was testing a hypersonic jet engine that’s able to go 16 times the speed of sound in a one-of-a-kind wind tunnel in Beijing. If this jet engine, called sodramjet, was used, you’d be able to travel anywhere on Earth in just two hours.

Other agencies, companies, and governments are focusing their energy on the future of hypersonic flight, not only for fast commercial travel across the world but to also improve how spacecraft engines launch up into space.

How the new tech works

The team’s new system would allow for air travel to reach speeds of Mach six to 17 using the power of an oblique detonation wave, which is stationary and stabilized.

This tech makes jet propulsion engine efficiency much better, as more power is generated all while less fuel is being used — in the end, the lighter fuel load lessens the cost and emissions — a tech that is not only useful for jets on Earth but also for rockets on space missions, as TechXplore points out.

Studying detonation propulsion systems is no new thing. However, what’s different in the case of this new research is that the team was able to sustain the length of the detonation wave for three seconds, which is a mighty sight longer than the usual micro or milliseconds they usual detonate for.

So thanks to the new hypersonic reaction chamber the team developed, which is a hypersonic high-enthalpy reaction, or HyperREACT, facility, the researchers were able to lengthen the duration of the detonation wave, which makes it easier to study.

“This is the first time a detonation has been shown to be stabilized experimentally,” said the study co-author Kareem Ahmed, an associate professor in UCF’s Department of Mechanical and Aerospace Engineering.

“We are finally able to hold the detonation in space in oblique detonation form. It’s almost like freezing an intense explosion in physical space.”

The team now plans on studying and understanding the phenomena in closer detail. The ultimate plan is to have detonation-based hypersonic propulsion added to earth and space travel in the next decades.