Hidden Figure No Longer: The Contributions of Gladys West 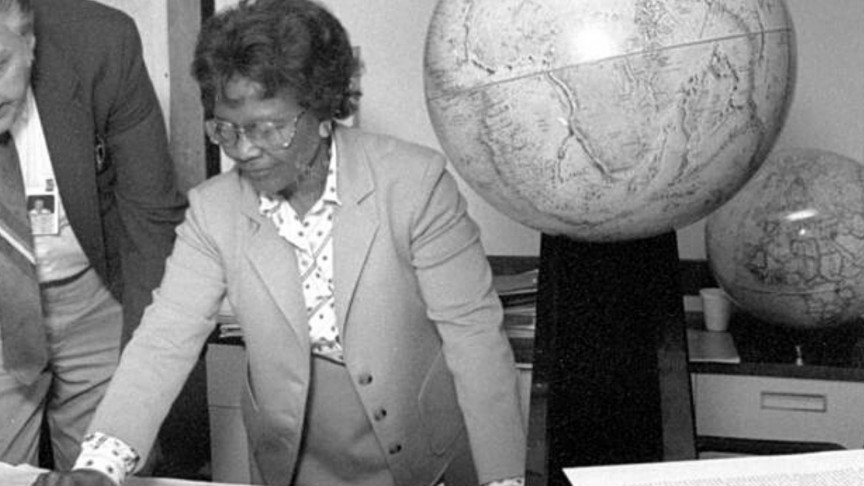 As a young child living in Dinwiddie County, Virginia, Gladys West née Brown knew that she didn’t want to remain on her parents’ farm. The work was backbreaking, but West sensed that there was a way out through education.

As West told The Guardian newspaper late last year, “I was gonna get an education and I was going to get out of there. I wasn’t going to be stuck there all my life.”

A scholarship allowed West to attend the predominately Black Virginia State College, but she still needed money for room and board. West’s math professor offered her a part-time job babysitting, and West went on to major in mathematics, graduating in 1952 with a Bachelor of Science in Mathematics.

After graduation, West taught math for several years, and this allowed her to save enough money to return to Virginia State and get her master’s in mathematics in 1955.

The following year West was hired as a computer programmer at the Naval Surface Warfare Center in Dahlgren, Virginia. She was one of only four black employees, however, one of them was Ira West, who became Glady’s husband. Gladys and Ira would go on to have three children.

An era of change

Outside of the naval base, restaurants, movie theaters, restrooms and buses were still segregated, but the early 1960s brought the civil rights movement. While West and her husband were prohibited from participating in the demonstrations due to their government jobs, they still could be role models.

As West told The Guardian, “They [white people] hadn’t worked with us, they don’t know [black people] except to work in the homes and yards, and so you gotta show them who you really are.” And show them, she did.

During the early 1960s, West was part of an award-winning astronomical study that proved the regularity of the planet Pluto’s motion relative to that of Neptune.

In 1973, the U.S. Department of Defense (DoD) began developing the Global Positioning System (GPS) to keep track of military personnel and goods. In order for the system to work, it needed an extremely accurate mathematical model of the Earth’s shape, called a geodetic model.

Earth is not a perfect sphere, it is flattened at the poles and bulges at the equator due to Earth’s rotation about its axis. Elevations on Earth also vary considerably — from the tops of mountains to the bottoms of valleys and deep ocean trenches.

Even Earth’s crust varies in thickness, from 3.11 miles (5 km) at the bottom of oceans to 45 km (28 miles) beneath the highest mountains. West led a team which created complex algorithms that accounted for variations in gravitational, tidal, and other forces that distort Earth’s shape. West and her team then programmed that information into an IBM 7030 Stretch computer.

In June 1986, West published Data Processing System Specifications for the Geosat Satellite Radar Altimeter, which explained how to accurately estimate geoid heights. In 1998, after 42 years at the Naval Weapons Laboratory, West retired. However, she went on to earn a Ph.D. in public administration at the age of 70.

When the book Hidden Figures by Margot Lee Shetterly came out in 2016, followed soon after by the movie of the same name, West’s name began to be mentioned along with those of the three women who are the subject of the book and film: Katherine Johnson, Dorothy Vaughan, and Mary Jackson. All three were Black women who worked as mathematicians at NASA during the height of the space race.

The press release went on to say, “The Air Force Space and Missile Pioneers Award pays tribute to the leaders of the early years of the Air Force space program, as well as the subsequent innovators whose vision and perseverance overcame the obstacles of the unknown, those who transformed the cutting edge of technology into operational systems, and those who dedicated their lives to exploring space in support of our national security concerns.”

Today, the latest L5 GPS receivers, which were first released in 2018, can determine your location to within 30 centimeters (12 inches). Ironically, while West helped create GPS, she doesn’t use it. Instead, she prefers paper maps, telling The Guardian, “I’m a doer, hands-on kind of person. If I can see the road and see where it turns and see where it went, I am more sure.”