Here’s What Parents Think About Their Children’s Tech Usage 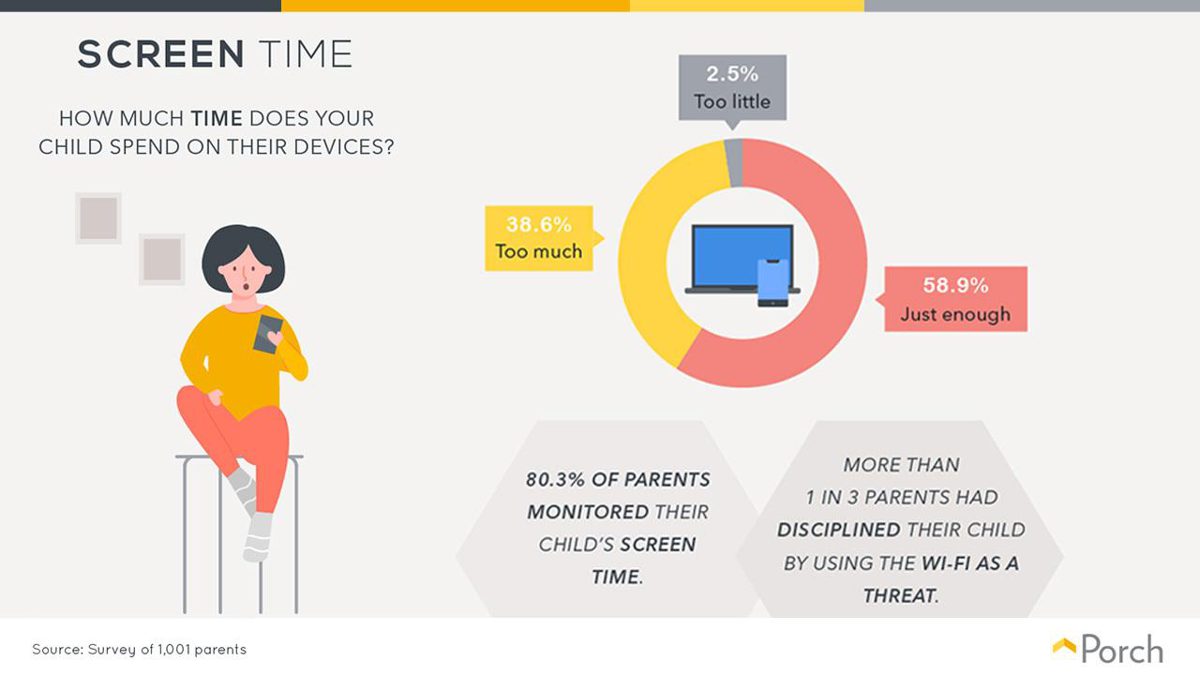 Kids are using technology from an early age, so it’s natural that parents want to know what their children are doing on their phones, tablets, and computers. Porch surveyed 1,001 parents in the US to find out what they thought about children and tech, as well as what they are doing to monitor their activity.

For the most part, parents believe they should be frequently monitoring what their children are doing on their devices. Among respondents, 38 percent said they always monitor their children, while another 35.3 percent at least check on their kids very often. Though 74.1 percent of parents say they police their children equally, 59.4 percent believe there is a double standard between boys and girls.

As for what devices children use most often, parents signaled that 75.2 percent are on smartphones, with another 74.4 percent on tablets. An Additional 63 percent are using some form of gaming system, 61.6 percent are on laptops, and 50 percent are watching smart TVs. Rounding out the survey are desktop computers at 39.5 percent and smartwatches at 14.1 percent.

Most parents reported their children first started using tech devices by age 5, and average age usage mostly remains the same across the board. Those using smartphones, gaming systems, smart TVs, and smartwatches were said to be about 10 years old. Tablet users trended younger, at 9, while laptop and desktop PC users were said to be 11 years old on average. We previously found that most people suggested ages 12 to 15 for phones and 9 to 11 for tablets.

When it comes to tracking screen time—which is likely higher than usual during COVID-19—83.3 percent of parents signified that they monitor how long their children use tech devices. However, 58.9 percent reported that their children spend the right amount of time in front of a screen, while only 38.6 percent think they spend too much time. Despite this, one in three parents admitted that they have threatened to take the Wi-Fi away as a form of discipline. 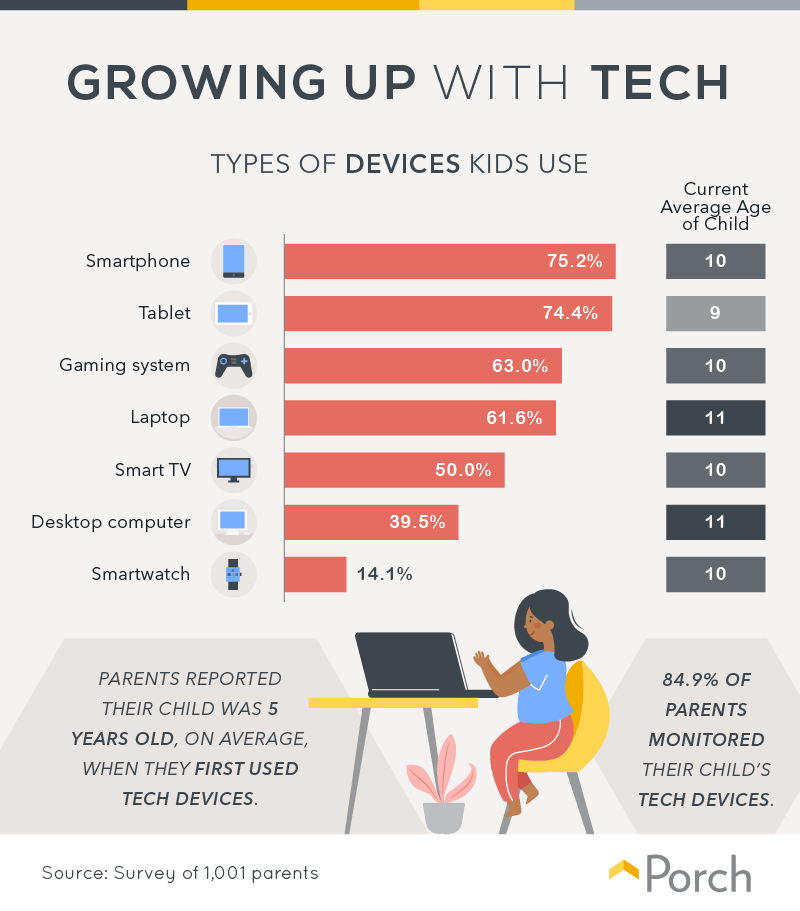 What about the internet and social media? An overwhelming 81.1 percent of parents say they monitor their child’s internet browsing, though 66.8 percent say they trust their kids to be responsible. While one in three parents are worried about age-inappropriate content on the internet, there seems to be more concern over social media.

Asked about social media, 45.1 percent of respondents said their children use one or more platforms, and on average, those kids were 13 years old. The concern? Social media influencers, which 63.6 percent of parents say have a negative influence on their children, while only 11 percent said they had a positive effect.

To keep tabs on their kids, some parents have turned to location tracking, though this survey only had 52.4 percent taking part. The top way parents are tracking their child’s location is through their phone, likely using services such as Apple’s Find My app. And 81.1 percent say their kids know they’re being tracked.