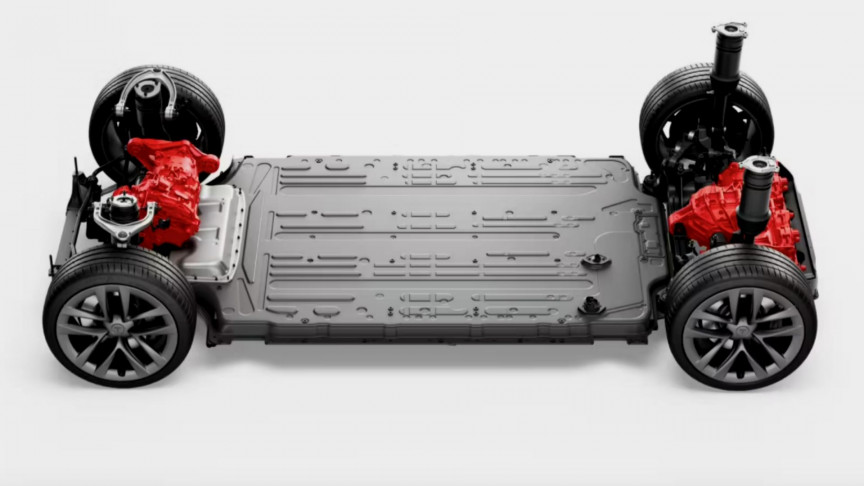 The Tesla Model S Plaid is a fast car. So much so that the vehicle currently holds the quarter-mile record of 9.081 seconds and surpasses the performance of previous models from Tesla by reaching from 0-60 mph (0-100 kph) in under two seconds, according to the company.

While the electric vehicle is pricy, it is much less expensive than its competitors and still can outrun them.

The new Model S uses the 18650 battery, a lithium-ion rechargeable battery which is used in previous Model S and Model X generations, instead of the company’s recent 2170 batteries, which are used in Model 3 and Model Y.

For the time being, Tesla is still in the process of optimizing and innovating its 18650 battery technology, but the Model S Plaid might be the last Tesla vehicle that uses the 18650. The company focuses its efforts to master the mass production of its previously announced and highly-anticipated 4680 battery cells which are more powerful and cheaper to produce.

“So right now, we kind of have the Baskin Robbins of batteries situation, where there are so many formats and so many chemistries, that it’s like we’ve got like 36 flavors of battery at this point,” Tesla CEO Elon Musk said during Tesla’s Q2 earnings conference call in July.

Tesla is also using the updated Battery Management System in the Plaid that it currently uses in the Model 3 and Y. The new Model S has an innovative battery thermal management system with a new and improved radiator and heat pump, which Musk announced at the car’s reveal.

As packing increased energy into a smaller battery raised safety concerns, Tesla had to reduce the number of modules in the updated battery pack from 16 to just five for safety assurance. This safety measure also helped the new Model S to become lighter and more energy-dense than the outgoing model.

Tesla’s move stresses that improving the already-existing technologies is just as crucial as coming up with new ideas and inventions.