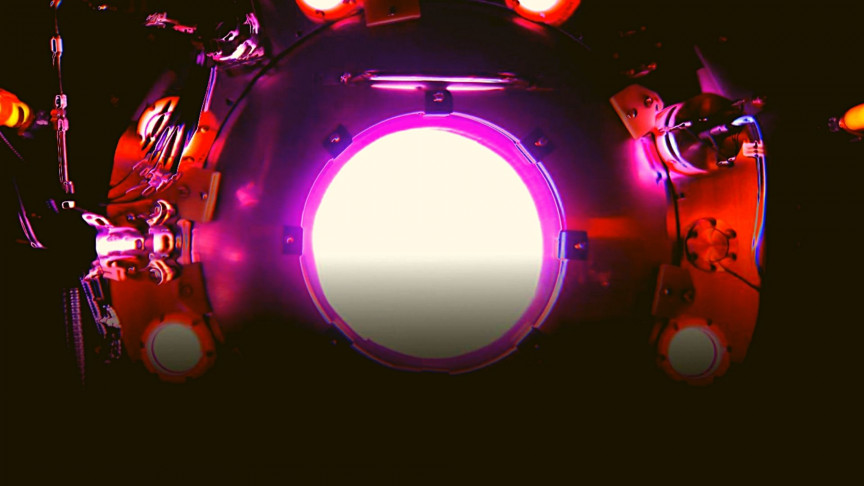 The world is in dire need of clean energy.

And a company developing a nascent technology called nuclear fusion has broken ground on a new facility slated to become a critical center of testing and research into the novel power source, with hopes of taking the first world-historical steps toward a commercially viable fusion power plant, according to a recent press release from the company.

This could transform the very nature of energy in the modern world.

Fusion power harnesses the power of the sun itself

However, the complexity of and unspeakable possibilities for nuclear fusion have created numerous issues that researchers are confronting from several different perspectives, each of which is soundly committed to harnassing the maddening processes taking place inside our sun. We can’t stress enough how hot it is in there, where pressure is so high that separate atoms collide and fuse into large ones, releasing incredible amounts of raw energy. On the flip side: It also has zero carbon emissions. The most popular candidate reactors to reproduce this process on Earth are donut-shaped reactors, called tokamaks, but it’s not the only one. There’s also a twist-and-turn action stellarator design.

The company that broke ground on a new facility, Helion Energy, is researching fusion power technology via its own patented plasma accelerator, which employs helium-3 and deuterium fuels as the initial condition for the process. Contained within Helion Energy’s device, the fuels are heated to very high temperatures to create plasma, which is later magnetically confined into what the firm calls a field reversed configuration (FRC). Two of them come into being at either side of the accelerator, and then comes the final, dramatic step: The researchers use magnets to smash the FRCs into one another at a ludicrous speed of 1 million mph (1.6 million km/h), giving birth to an extremely energetic collision at the center.

And it’s not over yet.

At the center, the FRCs undergo even more compression via powerful magnets, and the reaction is further heated until it swells to temperatures of 180 million °F (100 million °C), which forces the helium-3 and deuterium to fuse, creating an expanding burst of plasma that pushes the magnetic field outward, inducing a current that Helion’s device then collects as clean, zero-carbon electricity. In pursuit of a commercially viable model of this reaction, the company has smashed through a few critical milestones since its 2013 founding. Notably, it successfully demonstrated the ability to recover energy from its fusion system with 95% efficiency, generating a self-sustaining production cycle with helium-3 fuel. But more recently, Helion successfully achieved plasma temperatures of 180 million °F (100 million °C) with the sixth prototype of the fusion device, dubbed Trenta.

The goal for Helion and every other fusion power hopeful company is to create a system that generates more energy than is needed to operate it. This objective will take a central role at Helion’s new facility in Everett, Washington, where up to 150 jobs will be created. “At this facility, Helion will close in on its goal of breaking the fusion barrier and pushing the world towards the end of the fossil fuel era,” said CEO and Founder of Helion Energy, David Kirtley. And it can’t come soon enough.