Heinz Grows Tomatoes in Mars-Like Soil. So We Have Ketchup in Mars? 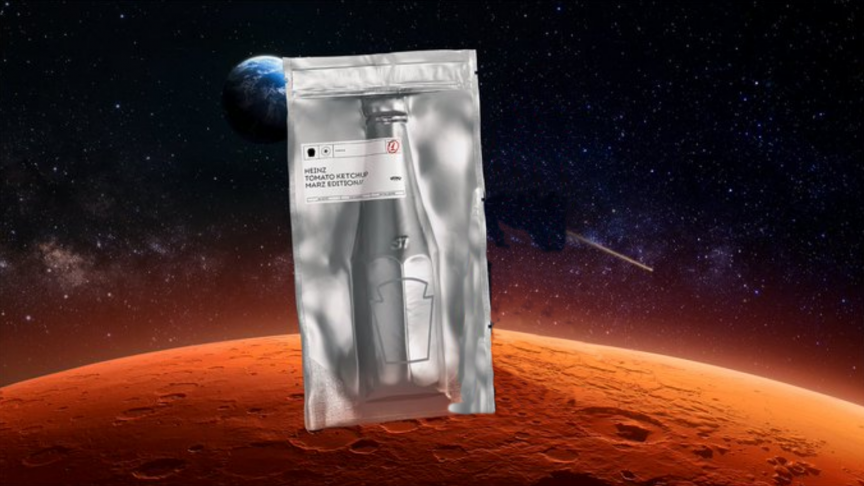 If you thought that only the likes of Elon Musk and Jeff Bezos were racing to reach Mars, this one will surprise you. Ketchup and dressing maker Heinz, partnered with the Florida Institute of Technology to grow tomatoes in soil that mimics that on Mars and then made ketchup with it. It’s called the Marz Edition.

Honestly, this is no joke. The company has even released an advert.

Nutrition on a distant planet is definitely going to be a tough task. While astronauts carry dehydrated food packets with them, if we are looking to set up colonies on different planets in our solar system, we will need more than food packets, we will need to make them be self-reliant.

Astrobiologist Andrew Palmer at Florida Tech is one such scientist looking for means to solve this problem. At the university’s Center for Advanced Manufacturing and Innovative Design, Palmer and his team have replicated Mars-like conditions in a greenhouse. They sourced soil from the Mohave Desert that mimics the one found on Mars and has also created light, temperature, and water conditions, similar to the red planet. No wonder why their experimental ground is called the Red House.

They teamed up with Heinz for their expertise in tomatoes and found four plant varieties that could potentially grow in these harsh environs. After a small 30 plant study, the team found that only two varieties actually did and then scaled up their experiment to 450 plants grown in individual buckets. The project took more than 2,000 hours and finally they were able to produce a crop that could be harvested.

Clearly, the yield was pretty good and up to the standards that Heinz uses for the production of its signature ketchup. The company did exactly that and packaged it into a special edition bottle. Before you ask, the ketchup is not for sale but only available to a limited few at Heinz.

An interesting finding from Palmer’s 450 plant experiment was that the yield was much lesser than what the team had anticipated. Palmer believes that the team still needs to perfect the conditions needed to grow plants in large controlled environments. He also added that growing other fruit and vegetable plants in a trough system would allow microbes to flourish in the system and reduce the spread of disease. The experiment also provided insights into how it would be possible to grow plants in the harshest environments on Earth as well.

Additionally, the tie-up with Heinz gives Palmer’s research a massive boost in the public eye. Millions are going to read about Heinz’s Marz ketchup and it has been made possible thanks to the scientific team at Florida Tech. Guess other researchers could also tap into bigger brands to advance their research.