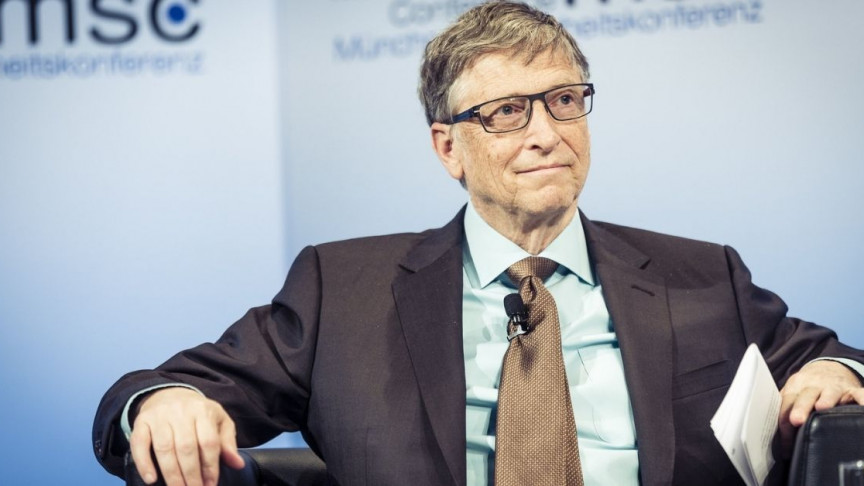 Scientists at Harvard University proposed a radical experiment capable of lowering the effects of global warming, and Microsoft Founder Bill Gates is backing the idea with money, according to a briefing from ETC Group.

The first test could go forward as early as June 2021.

Called the Stratospheric Controlled Perturbation Experiment (SCoPEx), the project is a scientific experiment designed to help us better grasp the possibility of applying stratospheric aerosols in the field of solar geoengineering.

This is why SCoPEx will gather quantitative measurements of aerosol microphysics — along with atmospheric chemistry, which are two points of high uncertainty in present-day simulations.

The experiment involves flying a balloon above Sweden to see if it can block sunlight on its way to Earth — with hopes of creating a new way of fighting global climate change.

The Harvard University scientists aim to initiate the first tests in June of this year — although this would only be a test-run for the balloon-borne instruments. While in the air, the test will evaluate the chemical reactions in the stratosphere through the balloon — which will fly at an altitude of 6.2 miles (10 km).

Notably, one of the private donors funding the experiment is Bill Gates.

Ultimate goal is to slow momentum of climate change

Once the balloon achieves its target altitude, it will send reflective particles into the atmosphere — intended to block direct sunlight from hitting the Earth. In theory, this could reduce the effects of global warming.

If everything goes according to plan, SCoPEx could become a major step in altering the outcome of the emerging climate crisis. But some are concerned this kind of climate action might encourage the global community to merely reduce the symptoms of climate change (extra atmospheric heat retained), instead of treating the cause — which among other things involves the global fossil fuel dependence.

In other words, this could be like slapping a band-aid on a serious wound.

Another worry considers the potential effects on plant growth of altering the amount of sunlight reaching the Earth. But scientists and investors want to slow the momentum of climate change — giving the world more time to confront the larger issues at the root of ecological crisis.

This experiment will cost roughly $20 million — which makes it relatively small for the cost. But its potential impact on providing new alternatives to slowing the growing effects of continued emissions.

If the SCoPEx project is successful, the ultimate goal is for the balloon to release roughly 2 kg of chemicals like sulfates and calcium carbonate into the Earth’s stratosphere. This process has a name: “perturbed air mass,” which would become a physical area roughly 0.62 miles (1 km) long and 328 ft (100 m) wide.

This plan is both ambitious and unconventional. But for it to work on a global basis, countries, and billionaires would have to mimic the results of the forthcoming experiment worldwide — and there’s no telling how this could affect plants and wildlife. And if it doesn’t work, we could always try transforming the world’s energy infrastructure to run on a sustainable, eco-friendly alternative to fossil fuel.