Harnessing the Hum of Fluorescent Lighting for Computing 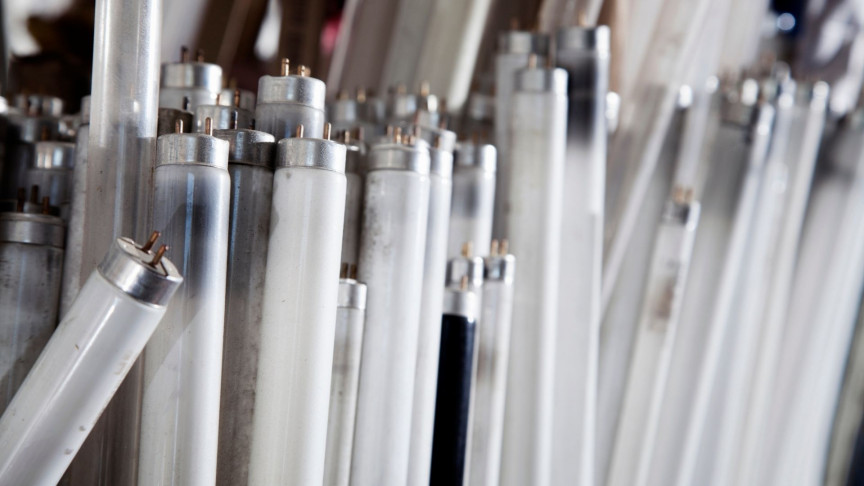 Did you know that the property that makes fluorescent lights buzz could power a new generation of more efficient computing devices that store data with magnetic fields rather than electricity? This property is called magnetostriction and it’s got researchers humming with joy — pun intended!

A team led by University of Michigan researchers has developed a material that’s at least twice as “magnetostrictive” than other materials in its class. It’s also far cheaper, potentially opening up new cost-efficient paths to computing and better magnetic sensors for medical and security devices.

Magnetoelectric devices use magnetic fields instead of electricity to store the digital ones and zeros of binary data and therefore don’t require a steady stream of electricity as today’s chips do. This means they use a fraction of the energy needed by chips today making them very energy efficient.

“A key to making magnetoelectric devices work is finding materials whose electrical and magnetic properties are linked.” University of Michigan materials science and engineering professor John Heron said in a statement. “And more magnetostriction means that a chip can do the same job with less energy.”

Heron’s team has discovered a way to coax high levels of magnetostriction from inexpensive iron and gallium as opposed to the rare-earth elements normally used. These elements would of course be far too expensive to be fruitful in computing but iron and gallium are ideally priced.

The study however still has its fair share of limitations. The magnetoelectric devices made in Heron’s study are several microns in size, too large for use in computing.

But the researchers are working with Intel to shrink them. They are aiming to bring the devices to a size that will be compatible with the company’s magnetoelectric spin-orbit device (or MESO) program.

“Intel is great at scaling things and at the nuts and bolts of making a technology actually work at the super-small scale of a computer chip,” Heron said. “They’re very invested in this project and we’re meeting with them regularly to get feedback and ideas on how to ramp up this technology to make it useful in the computer chips that they call MESO.”

Although the technology is decades away from being applicable, Heron’s lab has already filed for patent protection. The study is published in Nature Communication.

The research is not the only one seeking to make computing more efficient. Scientists have explored everything from spintronics to superconductors to increase the efficiency and reduce the energy-intensity of computing. Will one of these inventions prove fruitful anytime soon?