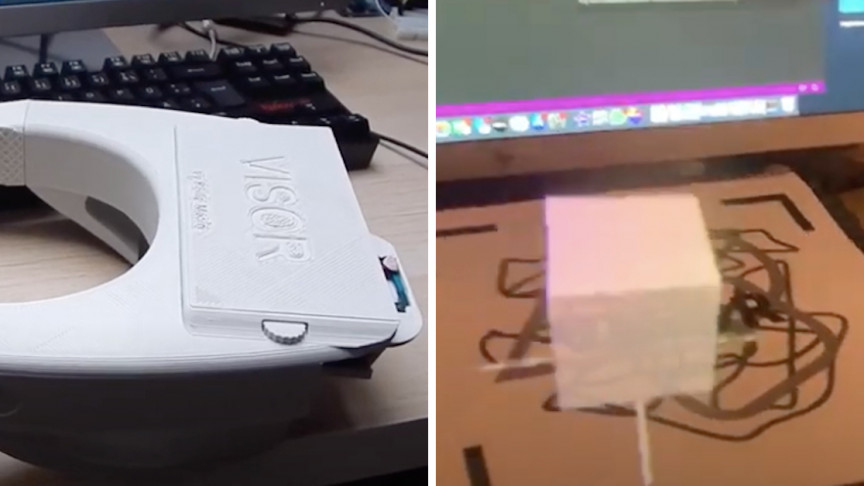 As someone who always wanted to make a mixed-reality headset like the Microsoft Hololens or the Magic Leap, YouTuber Philip Merlin decided to jump straight in and put his skills to the test. He created his very own holographic headset from 3D-printed parts, and it’s awesome.

In an explanatory video on both YouTube and Reddit, Merlin goes through his motivation for creating the cool headset, as well as how he did it.

Viewers have been expressing their admiration for his VISOR project, as Merlin named it, which so far is a success.

SEE ALSO: HOW CLOSE ARE WE TO REAL 3D HOLOGRAPHIC TECHNOLOGY?

You’ll want to sign up for your own holographic headset after watching Merlin’s video.

As he points out, Merlin’s headset only displays a 3D holographic cube on the image target viewed from any angle at the moment. Merlin’s future plans involve interacting with the 3D holographic objects, so he wanted to start relatively small, with a cube, and build up from there.

He pointed out that he’s already working on creating a “mini-game which you can play on the headset and interact with the 3D holographic objects in front of you!” Pretty neat!

Most of the headset is 3D-printed, apart from the electronics. Merlin’s headset uses two separate softwares, one runs on the device and the other from his PC.

As it stands today, the headset project took Merlin five months to bring to life.

The device uses an arm processor that runs a version of Android that Merlin tweaked to only run on his application. To control the headset, Merlin used a separate software that runs the device from his PC. He even designed his own little communications protocol for the task.

On the landing page of this software, you can easily see when the device is connected, how much battery is left on it, and you can select to calibrate the mode in 2D or 3D.

Check out the whole video and explanation below, you won’t be disappointed: