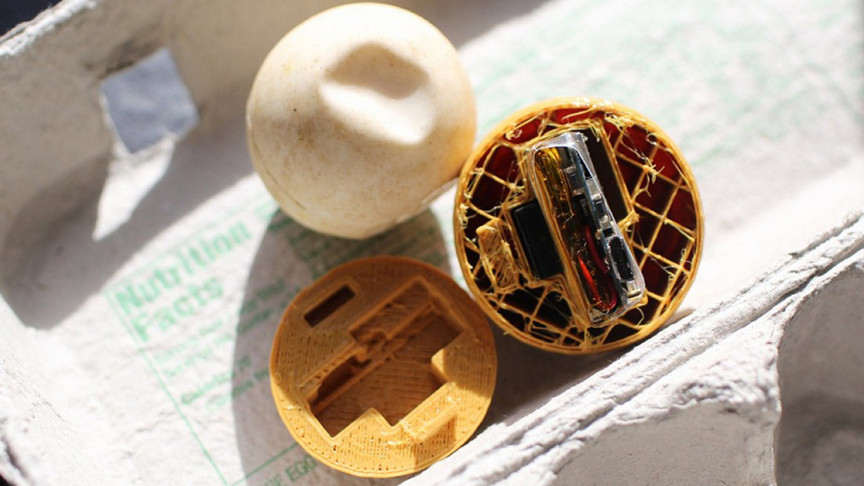 For over 100 million years, sea turtles waded through the Earth’s deep waters, only to face extinction now after being killed for their meat and shells, and having their nests destroyed and their precious eggs stolen by humans.

This appetite distinct to humans has devastating effects on the world — and sea turtle populations.

The brilliant idea that might reverse the population decline and save baby sea turtles from extinction came from conservation scientist Kim Williams-Guillén, and the golden egg, in this case, was a 3D-printed “fake” egg embedded with a cheap GPS transmitter.

Making the perfect egg on a budget

The InvestEGGator, as it’s called, looks like a sea turtle egg that is meant to fool the poachers who are selling the eggs as food around Costa Rica. Once the fake egg is picked up by the thieves, it became possible to track the thieves as they went through their thieving endeavors.

Using a pliable plastic material called Ninjaflex to get the exterior of real eggs right, Williams-Guillén and colleagues used a 3D printer and the smallest GPS tracking device they could find to make the spy eggs possible.

The eggs were placed inside the clutches

Going on the ultimate field trip, the researchers put an egg to each clutch in four Costa Rican beaches. They left 101 eggs and 25 were taken by the thieves.

The poachers got rid of six eggs and left them behind. Five eggs were the real winners and one egg traveled 85 miles (137 kilometers) in the city just to stop at the alley of a supermarket.

Tracking the journey of a stolen egg

In this way, they were able to track the egg through every step of the chain. This is especially important since, with some being in critical condition, all seven sea turtle species are listed as threatened and the egg poachers are only worsening the problem by collecting the eggs to be eaten and to be used as a way of supposedly increasing sexual performance.

With such technique, local trading hotspots would be mapped and there could come a day where high-level traffickers in the trade chain are stopped — and once the replicas are perfected, the thieves would have no way of telling the fake eggs apart.