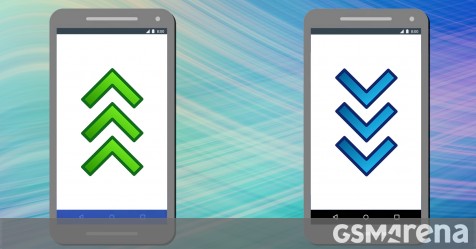 Apple has had one of the easiest methods of sharing large media files or documents over the air called AirDrop. Android used to have an NFC-based handshake method called Android Beam, but it was completely depreciated with Android 10. It used NFC to initiate a connection for file transfers, but it used Bluetooth, which was painfully slow.

Android Police have reported that the new Nearby Sharing feature is now in Beta testing. Those who are Beta testers of the Google Play Services app. The Beta is now rolling out to these users, who will now see an option to share something “Nearby” in the Android share menu. Android Police has shared some screenshots of the feature in action.

Once setup, the Nearby Share option will show you nearby devices, you can select the visibility levels to your contacts, or you can turn the feature off altogether.

If you have Nearby Sharing turned on, you’ll be able to see when someone is trying to share something nearby, even if you don’t appear to the sender. You can tap the notification to become visible to receive files.

Check out the source link to see Android Police’s full writeup on the Nearby Share feature. In a statement to the news outlet, Google has confirmed that it plans to share more information about Nearby Share in the future. The goal is to launch Nearby Sharing with support all the way to Android 6 (Marshmallow) and up.

Less than a year ago, it was discovered that Google was working on a replacement for Android Beam called Nearby Sharing and XDA-Developers even managed to demo an early iteration of the feature. It works a lot like how Apple’s AirDrop works: the recipient and sender need Bluetooth and Wi-Fi to be turned on. Then, Bluetooth will initiate a connection and Wi-Fi takes over. The Nearby Share feature would work directly from Android’s “Share” menu.

Samsung had S-Share for several years, which used NFC to initiate a connection, but then sent files over Wi-Fi. While this was a more worthwhile way to send files, it remained exclusive to Samsung devices. Huawei Share works very similarly to AirDrop already, the only limitation was that it required a Huawei device. Anyway, its nice to finally see the feature close to more widespread adoption.