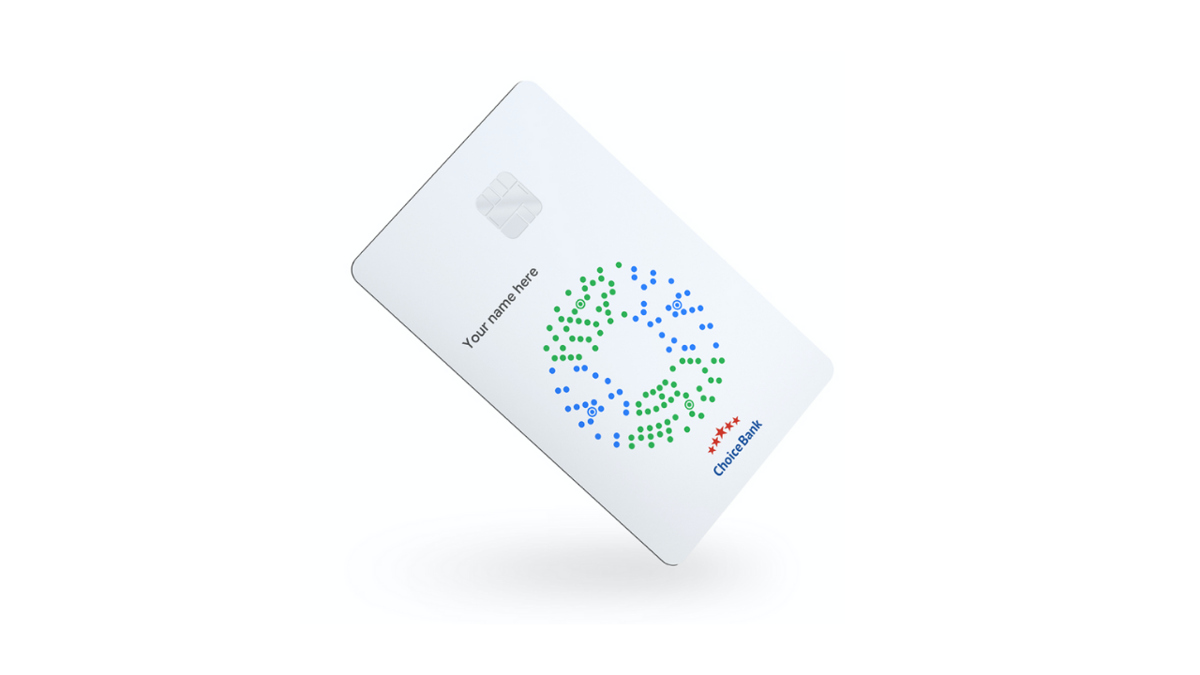 Google plans to release an entire platform of financial services. Back in November, the Mountain View-based company started exploring the idea and discussed possibilities with banks and credit unions. Now, Google might feel prepared to announce what’s on the way.

TechCrunch reports the internal project has led to the creation of physical and virtual debit cards. Both appear to get managed through a checking account. Google’s testing a user interface in the existing Google Pay app that reveals what the ‘Google Pay Card’ might look like, and that’s what you’re seeing in the image above.

Currently, the design of the ‘Google Pay Card’ aims for a simplistic impression. It could change, but right now Google is planning a white rectangle that shares the cardholder’s name and the name of the partnering bank. There are also small, colored dots that might serve as an ability for a user to set up and sync the card with their smartphone. It does sport a chip, and users should be able to use the ‘Google Pay Card’ through swiping, inserting, and scanning.

Images of the app, meanwhile, aren’t all that glamorous. Google displays a virtual debit card at the top of its Google Pay app. Users can add money or transfer out through an existing checking account, and all transactions are listed in a ‘Recent Activity’ section. By tapping a specific transaction, Google shares details of the purchase and contact information for the merchant. It’s a fairly standard set of features.

Google isn’t planning to build out a legitimate financial services subsidiary, but it’ll rely on partners such as Citibank and Stanford Federal Credit Union to design a well-made platform. Since they’re experienced with financial services, Google’s idea shouldn’t fall short. In terms of the physical and virtual debit cards, Visa’s brand surfaces in several images. Visa can process tens of thousands of simultaneous tractions globally at any second, which Google could find attractive to ensure reliability.

It’ll take on the Apple Card; however, Google’s platform might not tap into lines of credit at first. Google will instead limit users to accessing funds through cash. It’ll focus on funds that a user definitely has rather than what they’re capable of borrowing. Lines of credit, though, could roll out at a later time since Citibank acts as a partner and offers credit cards as well as loans to its customers.

Google might also attach promotions and discounts to the platform. Apple, for example, lets Apple Card users earn cash back on purchases through its retail stores and online storefront but also through select retailers. Expect Google to do the same.

Privacy remains a concern, and Google needs to act carefully. Look at the Apple Card: in the aftermath of a viral tweet, a gender bias probe opened to find out if Apple and Goldman Sachs are restricting lines of credit provided to females. Google also generates controversy due to its business model that relies on user data, if this platform of financial services aims to gather information to tailor advertisements, some consumers could feel Google’s unrightfully monetizing their lives.

We don’t know when the ‘Google Pay Card’ and the rest of Google’s platform will launch, though a 2020 debut seems likely. But, with everything going on in the world, maybe it’ll get delayed to next year.