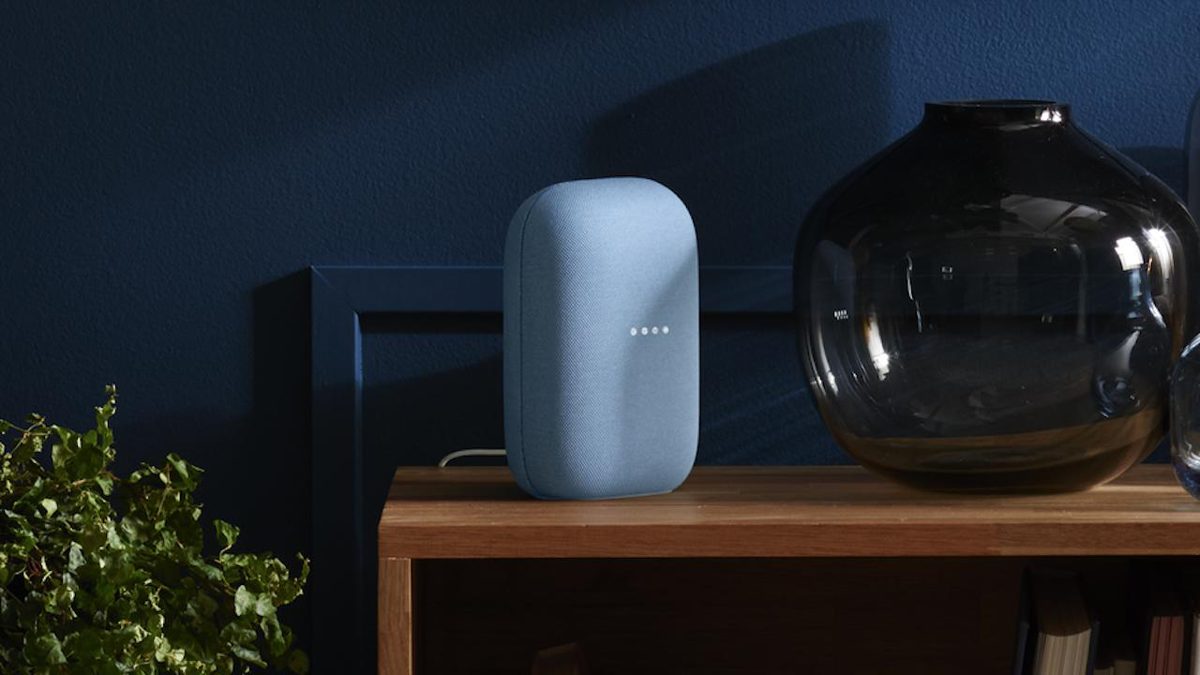 Google this week revealed the first official glimpse at its upcoming Nest smart speaker. Following the leak of low-grade photos from a Japanese regulatory filing, the company began sharing a proper image and teaser video of its new device.

Beyond the few visuals Google provided, no further details were released. Based on rumors, however, it appears this device will rival the Sonos One—a similarly blocky voice-controlled speaker that can be paired together for stereo sound. Standing just over 8.6 inches tall, the fabric-covered unit appears light gray in leaked images, sky blue in promotional photos, and comes in teal or pink, according to a 13-second trailer. In an email to The Verge, Google referred to the speaker as “what the Nest team is working on from home.”

The Federal Communications Commission recently certified a “wireless device” from Google, known only as GXCA6. A product with a matching model number later appeared in a Japanese regulatory filing, first spotted by Android Police.

As Mashable pointed out, Google was probably ready to unveil its next-generation smart speaker at the annual I/O conference in March—cancelled because of COVID-19. Instead, the announcement will likely come with Google’s Pixel product event, currently scheduled for October. Last fall, Google unwrapped its updated Home Mini smart speaker (rebranded as the Nest Mini), which dynamically adjusts the volume based on its surroundings. For manual adjustments, raise your hand to the gadget to summon a series of LED lights, which you can tap to change the settings.