Google Robot Teaches Itself to Walk 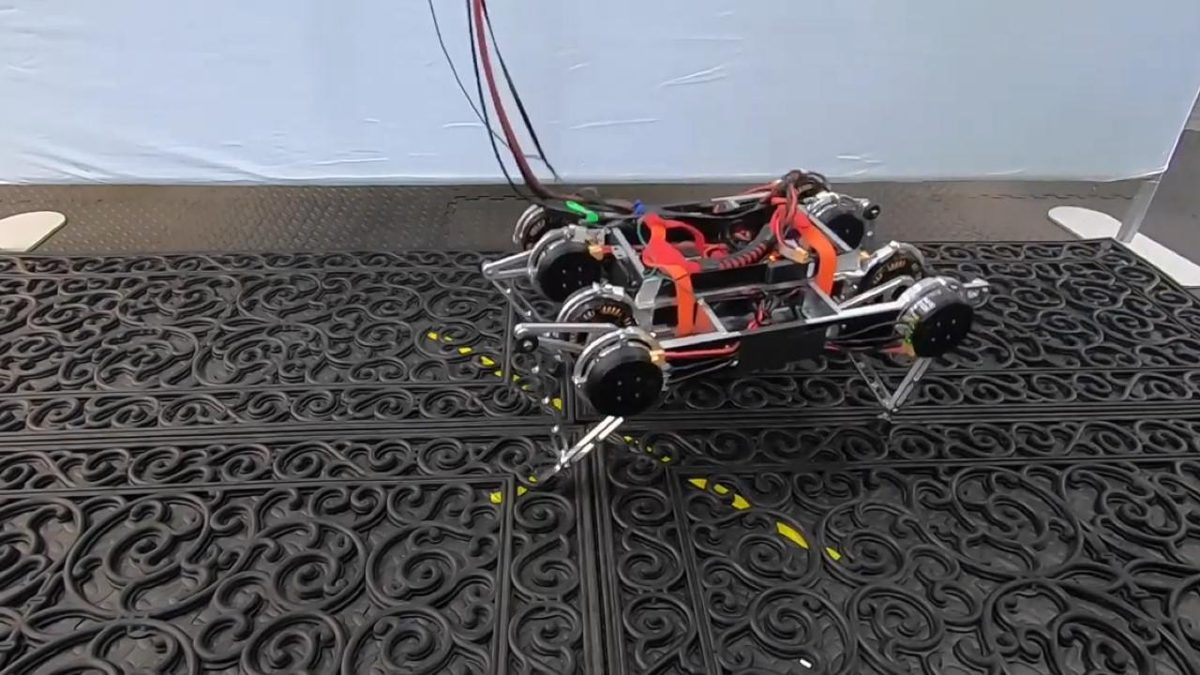 A research team working at Google’s Robotics division and the Georgia Institute of Technology has figured out how to let four-legged robots learn to walk without needing any help from humans.

As MIT Technology Review reports, the researchers implemented a deep reinforcement learning framework, which combines a multi-tasking learning procedure, an automatic reset controller, and a framework that’s safety-constrained. In doing so, any failure when learning results in the robot recovering and trying again rather than needing assistance from a human.

A robot can train using the framework for 80 minutes at a time to gain experience without human interaction. It learns multiple directions of travel at the same time, allowing it to use a restricted training space effectively (and without ever getting stuck at the edges). At first the robot learns forward and backward motion on a flat surface, then on a soft mattress, and finally on a doormat with crevices. It’s also then possible to autonomously teach the ability to turn left and right across the three different surface types.

After about 15 hours, the four-legged robot is capable of reliably walking across a variety of difficult terrain types without failure. At this point the researchers can plug-in a game pad and take control of the walking robot.

The most impressive aspect of this research is the ability to place a robot in a training area and in less than a day have it teach itself to walk using trial and error and some clever algorithms. The researchers admit that they rely on a “robust stand-up controller” right now, which is designed manually, but hope to replace it with a learned alternative and allow the the robot to “train a recovery from the real-world experience” eventually.