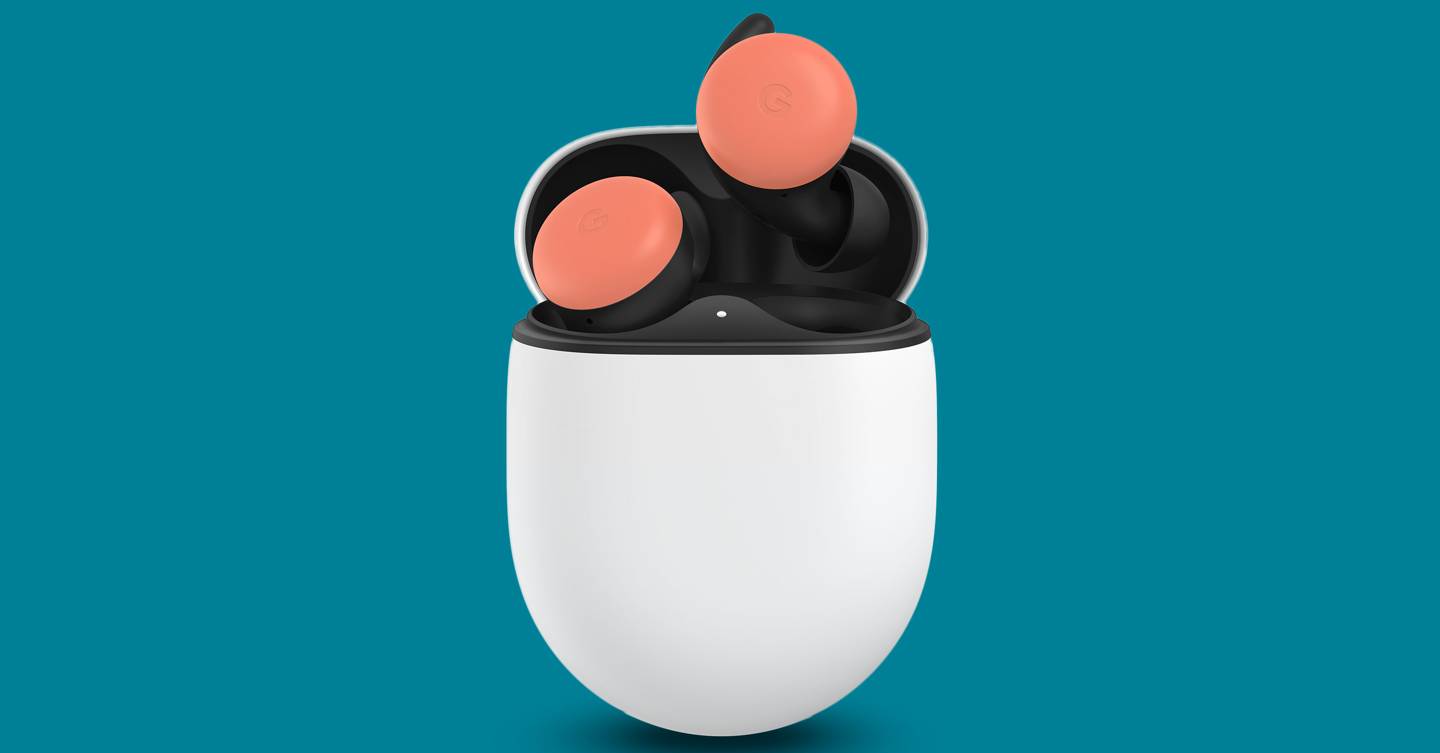 People who love Google, Google Assistant and blindly agreeing to privacy policies that ask them to hand over more of their data. The big advantage of the Pixel Buds over pretty much any other set of wireless headphones is how tightly they’re wound into Google’s vast array of other products and services. That means to get the most out of them you have to hand over even more of your data. If you’re happy to do that, go ahead. If you’re not, don’t buy these headphones.

The original Pixel Buds were clunky, heavy and tied together by a piece of string. The new Pixel Buds are elegant and full of neat sci-fi touches. The matt white finish looks good and the charging case is suitably hefty and shuts with a satisfying snap.

The earbuds are inoffensively bland, with the stabilizer arc – a silicone limb that jabs you in the ear to stop the earbuds falling out – the only downside. That jabbing is fine for an hour or two, but any longer and you’ll start to get earache. There’s a satisfying heft to both the charging case and the buds and everything has been kept necessarily minimalist. Out and about you look a bit like you’ve jammed a couple of Google-branded Mentos into your ears. But that’s the future, apparently.

Pairing with an Android phone is simple – so long as you like skipping end user licence agreements. To get the most out of the Pixel Buds (and this is arguably the whole point of them) you need to turn on Google Assistant. Do this and you get loads of apparently useful hands-free features, all powered by Google’s data-slurping brain. Hand over more data and the Pixel Buds are perhaps worth the price-tag. Don’t and you might as well buy a better pair of headphones.

Communicating with the Pixel Buds is done with both your voice and your fingers. The latter involves a slightly fiddly array of touch controls. As well as the obvious ones – tap to play and pause music, double tap to skip forward, triple tap to skip back – there are also Assistant-specific commands. A long hold fires up Assistant, while a double tap when Assistant is chuntering away makes it shut up. It takes a bit of getting used to but it’s intuitive enough.

All the clever Assistant work is done on your phone and on Google’s servers, but making this a good experience over Bluetooth is no small feat. The microphone quality on the Buds is decent enough both for communicating with Assistant and making calls. The Bluetooth signal was also mostly reliable. The problem – and this is the case with any voice interface where you can’t see a screen – is that it’s easy to get confused, especially if you’re trying to give more complex commands while walking down a busy street.

If you’re evaluating the Pixel Buds as headphones alone – and you shouldn’t – then the Pixel Buds are a bit of a weird compromise. To avoid the disorienting feeling of plugging up your ears, the Buds have vents to let in ambient sound. This is good for making sure you’re aware of your surroundings, but bad for thumping bass and immersive audio. As a result, the Buds don’t go as loud as they should and lack a bit of oomph. The lack of active noise cancellation will put some people off, especially given the £179 price tag.

Compared to Apple’s AirPods Pro, the Pixel Buds just about hold their own. Ultimately, the issues with sound quality are a result of the Pixel Buds being stuck between an extension for your phone and a pair of headphones. The sound is fine though it could be better. But the real trade-off, as ever with Google, is your data.

Google Assistant. According to Google. When it launched the original Pixel Buds, the company was keen to hype up its on-the-fly translation feature. It didn’t work then and it pretty much doesn’t work now. It still feels more like a clunky tech demo than a useful feature. The same goes for Assistant in general. It’s useful if you persuade yourself this is the future, but in reality it’s not quite ready yet. There is, after all, only so many times you can awkwardly ask Assistant to play a specific song or let you awkwardly reply to a WhatsApp message out loud.

A real killer feature? The Pixel Buds don’t fall out. Ever. Your experience may differ – maybe I have very grippy ears – but the Pixel Buds really stay put. That makes them a good option for exercise, especially as they’re also sweat-proof. Though do keep in mind that the silicone limb feels uncomfortable after more than a couple of hours.

The battery life really isn’t what it should be. You get about four hours of continuous listening, which isn’t great. The battery in the case bumps this up to almost 24 hours total battery life, but will require you taking them out and docking them on a fairly regular basis. For the price – and compared to the competition – you’d expect better.

Ask yourself this: do you already use Google for almost every other facet of your life? If the answer is yes, and you’re already looking for wireless headphones in the £150 to £200 price range, then consider buying the Pixel Buds. You won’t find better integration with Android anywhere else, but you will find better battery life and sound quality. If you’re mindful of handing over yet more data to Google – and have no need for the company to stalk your every move, then steer clear.

James Temperton is WIRED’s digital editor. He tweets from @jtemperton