Google Pixel 5 and Pixel 4a 5G get listed in Europe 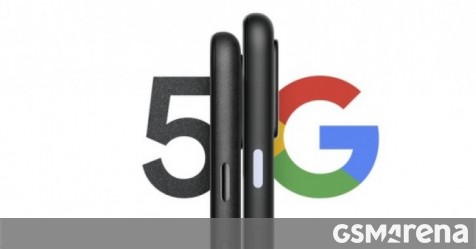 Google is finally going to make the Pixel 5 and the Pixel 4a 5G official at an online event on September 30. As we get closer to that, we have more and more clues about these phones.

Today they were found listed at multiple European retailers, with those listings giving us presumptive pricing, color options, storage size, and even a possible release date. Let’s start with the latter. According to BT in the UK, the phones will be out on October 15.

The Pixel 4a 5G will cost £499 with 128GB of storage, while the Pixel 5 will go for £615. The Pixel 5 will be offered in black and green, while for the 4a 5G you can choose between white and black. Neither phone seems like it will have a version with 64GB of storage, so 128GB is likely the base size for both.

In continental Europe, expect the Pixel 4a 5G to retail for €499, and the Pixel 5 to be priced at €629, at least according to these newly uncovered listings. Do take them with a pinch of salt though, as sometimes retailers like to jump the gun and put such pages up just to get some views from people who are anxiously awaiting a new device launch. Either way, all will be revealed next week, officially by Google, so stay tuned for that.