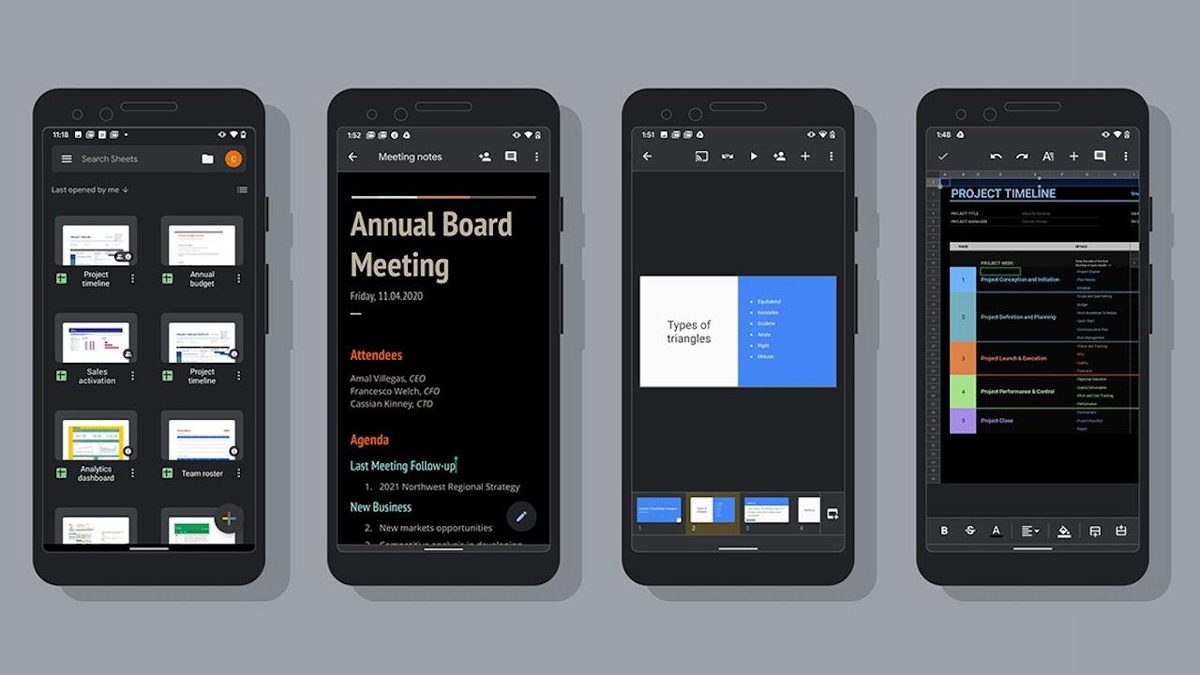 Google is turning more Android applications to the dark side: Docs, Sheets, and Slides now support dark mode for better low-light usability and prolonged battery life. Settings for each app will automatically adjust when the operating system is set to “dark theme.”

Users, meanwhile, can toggle the feature on and off individually, leaving Sheets dark while Docs and Slides remain light, for instance. To change your theme setting, simply open the app menu (those three horizontal lines in the corner), tap settings (the tool icon), and select “Choose theme.” Options include dark, light, or system default.

Dark mode may feel easier on the eyes, but it probably doesn’t make for the best formal presentation. Don’t worry, though, you can work late into the night with little retina strain while still making a good impression on the boss. Google lets you preview documents with the light theme applied via More (the three vertical dots) and “View in light theme” option.

Android 10, released in September, introduced a system-level dark mode, allowing apps like Google search, Gmail, and Calendar to take advantage of the light-on-dark color scheme. Some third-party programs, including WhatsApp, have turned on a similar option for iOS and Android.

Rolling out now, dark theme for Docs, Sheets, and Slides is currently available only on Android devices. There is no word on whether the function will eventually extend to iOS or desktop. Google did not immediately respond to PCMag’s request for comment. Apple, meanwhile, last summer announced dark mode across all native applications in iOS 13 and iPadOS, as well as the ability for third-party developers to implement their own dark themes.