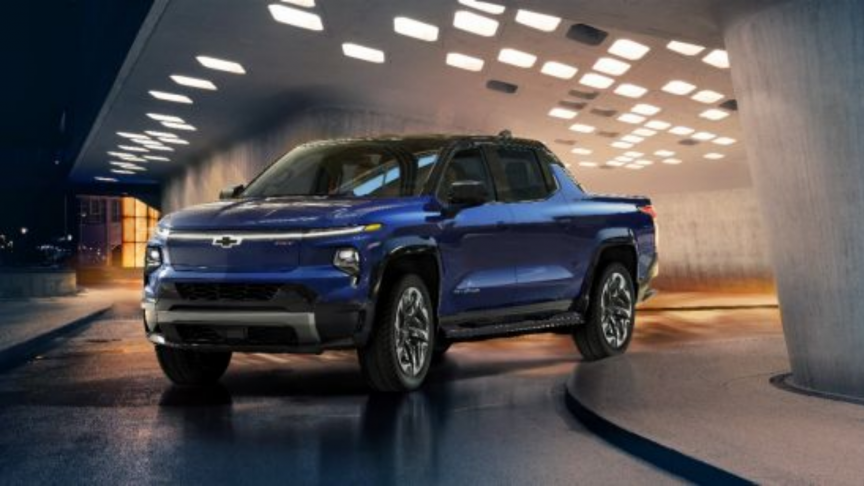 Headlining the CES 2022 event for General Motors was an electric pickup truck, Chevy Silverado. Priced at $105,000 the First Edition opened up for pre-orders soon after the unveiling and all units were snapped up in 12 minutes, GM’s CEO Mary Barra told Bloomberg in an interview.

The electric vehicle space is just getting started with pioneer Tesla making record deliveries last quarter. What is missing from the Tesla stable is confirmed delivery dates on a pickup truck and other carmakers including the new kid on the block, Rivian have rushed in to fill this space. After much delays, Rivian even began deliveries of its pickup in September last year while GMC’s Hummer EV and BrighDrop600 were also rolled out in November.

Strengthening its position in this space are GM’s other EV offerings such as Cadillac LYRIQ that is expected to begin deliveries later this year. However, the company has its eyes set on the horizon with the Chevrolet Silverado, a full sized-pickup that blends in technology, style, and performance. The four-wheel-drive will have a fixed glass roof, a flexible midgate that can increase the truck’s cargo capacity, a 17-inch LCD infotainment screen while ensuring an estimated 400 mile (643 km) range, GM said in its press release.

It isn’t clear how many units GM had made available for the limited First Edition EV version of the vehicle that is quite popular in its conventional form, Engadget reported. For those who did manage to pre-book theirs, deliveries are expected to take place in the fall of 2023, while others will have to wait a little longer when the regular version becomes available in 2024 but is priced just under $40,000 and prioritizes fleet customers.

It is abundantly clear that GM wants to offer a wide range of choices in its EVs as the Equinox, Blazer, Bolt EV as well as GMC’s Sierra EV and Cadillac’s CELESTIQ  with UltraCruise, the autonomous driving feature is also expected to roll out in the next few years.

The market space for Cyvertruck is squeezing rapidly and unless Tesla moves quickly on the production, it might be reduced to a whistle alone.