GM Strikes Deal For One of US’s First Lithium Mines 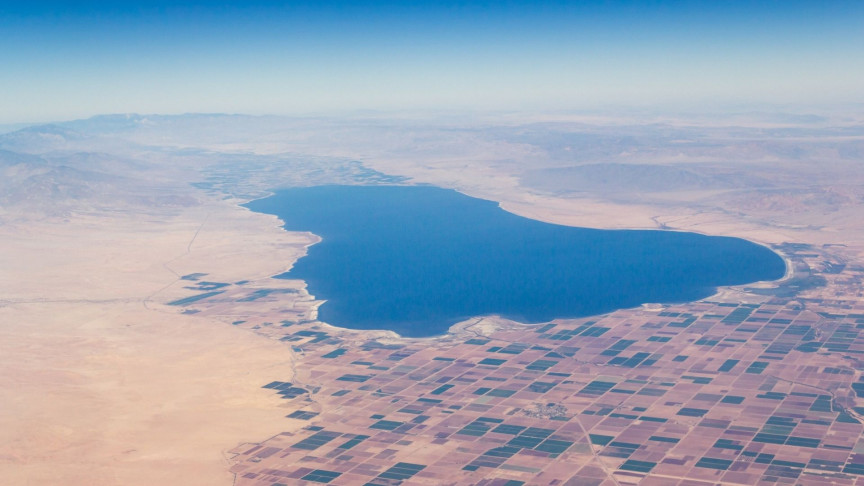 Lithium is an essential ingredient in electric car batteries and renewable energy, which makes it incredibly valuable as the world transitions toward a more sustainable future. Currently, the overwhelming majority of lithium in today’s batteries comes from Australia, Chile, China, and Argentina. So, a race is on to produce the vital raw material in the United States.

In order to address the near-total reliance by the U.S. on foreign sources of lithium, there are many competing projects, and in one of the latest advancements on the issue, General Motors Co. (GM), the country’s largest domestic automaker, has announced a deal with a company called Controlled Thermal Resources (CTR) to supply it with lithium from the Salton Sea, which is one of the most polluted places on the planet due to decades of agricultural runoff.

“Lithium is critical to battery production today and will only become more important as consumer adoption of EVs (electric vehicles) increases, and we accelerate towards our all-electric future,” said Doug Parks, GM’s executive vice president, global product development, purchasing and supply chain. “By securing and localizing the lithium supply chain in the U.S., we’re helping ensure our ability to make powerful, affordable, high mileage EVs while also helping to mitigate environmental impact and bring more low-cost lithium to the market as a whole.”

The announcement represents a step toward GM’s commitment to phasing gasoline-powered cars out of its production line by 2035. CTR is building a lithium extraction and power generation facility in the Salton Sea’s Hell’s Kitchen geothermal area and is scheduled to begin providing lithium to GM by 2024. Then, GM will be well-poised to achieve its goal.

The Salton Sea was formed in 1905, when flooding caused the Colorado River to break through an irrigation canal and flow into the Salton Basin for 18 months. It is thought to sit on top of one of the country’s biggest lithium brine reserves, capable of supplying up to 40 percent of global demand, according to the California Energy Commission.

The Salton Sea already has a network of ten geothermal power stations, and it does not hold lithium itself — rather, the lithium is dissolved in hot brine that comes from the Salton Sea geothermal reservoir deep beneath the surface. CTR will be using a “closed-loop, direct lithium extraction process” that integrates direct lithium extraction with renewable geothermal energy, offering, “the highest sustainability credentials available today.”

“CTR’s closed-loop, direct lithium extraction process utilizes renewable power and steam – significantly reducing the time to produce battery-grade lithium products and eliminating the need for overseas processing. CTR’s operations will have a minimal physical footprint and a near-zero carbon footprint. The brine, after lithium extraction, is returned to the geothermal reservoir deep within the earth,” CTR explains, in a press release. The first phase of the Hell’s Kitchen development is expected to start providing lithium in 2024.

The announcement has been met with mixed feelings by some in the area. While the economic benefits will be especially welcome, the impact of the technology used by CTR is yet to be fully analyzed. California Assembly member Eduardo Garcia, who represents part of Imperial County and wrote the law that created the Lithium Valley Commission, reminded the Desert Sun newspaper that, “One of the main principles is to do no harm. A lot of information is still to be gathered and understood before we are able to determine that this is going to be the best thing to happen and will have the return investment from a social, human health, economic perspective.”

Some environmentalists are concerned about further deterioration of air quality in the already-polluted area, which has very high rates of asthma, and possible damage to wildlife and habitat. However, unlike traditional mining, CTR claims that its system will leave no tailings, as they will re-inject the brine back underground once the lithium has been extracted, and that the entire process will use renewable energy with no carbon emissions.

Editor’s Note: An information regarding CTR, which mistakenly stated the company uses open pits, was corrected.